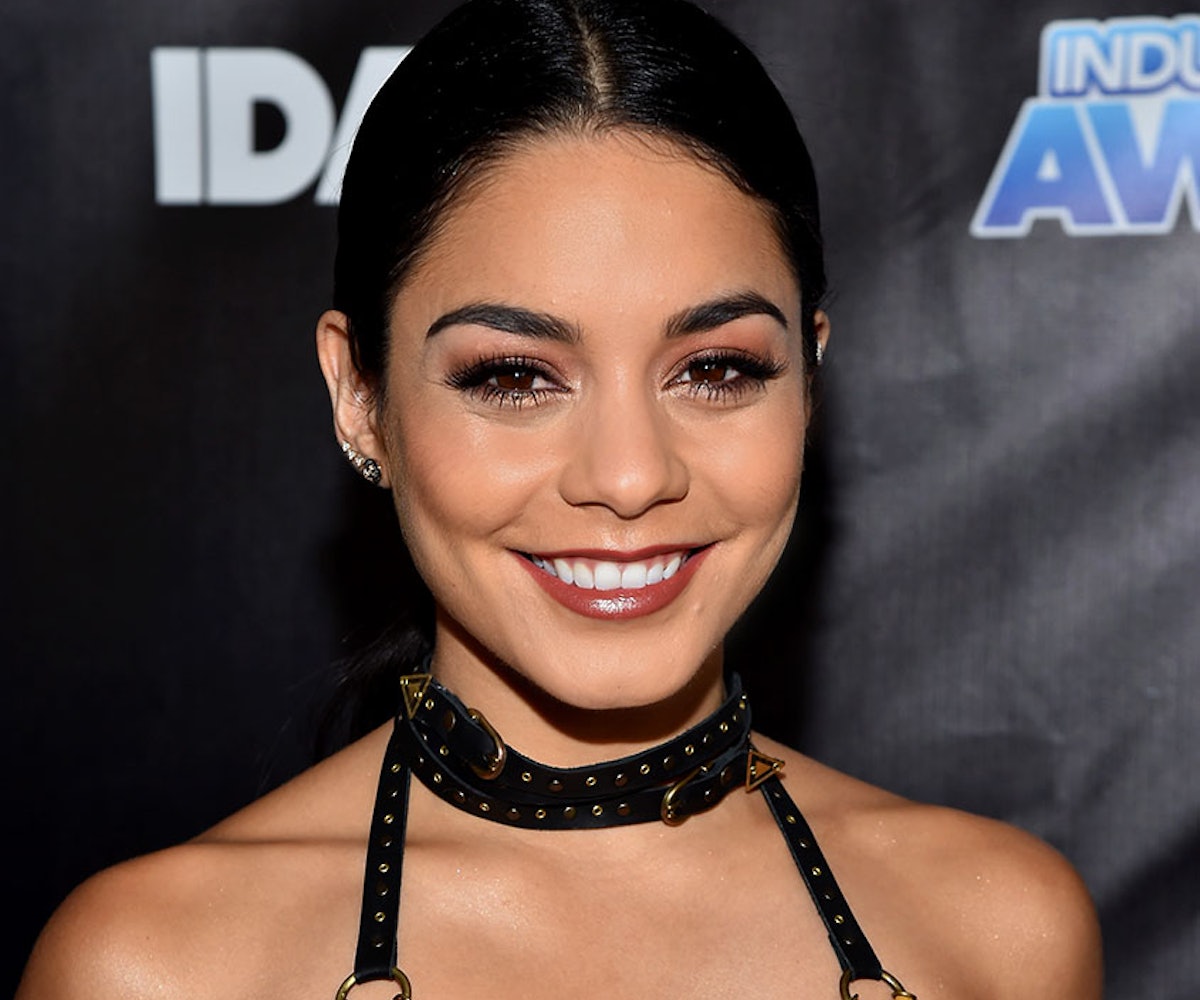 While accepting the award for Breakthrough Performer at the 2015 Industry Dance Awards & Cancer Benefit Show (for her performance in Gigi on Broadway) earlier this week, Vanessa Hudgens shared a very personal moment with the audience. The actress' father, Greg Hudgens, is struggling with stage 4 cancer. The actress originally shared that her father was sick weeks ago via Instagram, asking for prayers from fans and friends. She shared more about his illness and her emotional struggle on stage Wednesday. It was the first time the actress publicly acknowledged her father’s diagnosis.

"Last year, my boyfriend, Austin, lost his mom, Lori, to cancer, and my dad has just been recently diagnosed with stage four cancer," said Hudgens. "Let me tell you, I hate cancer. I hate cancer with every cell of my being."

She went on to talk about how experiencing cancer in her life has affected her: "If you would have asked me two years ago what I thought of cancer, I would have said, 'Man, you know it sucks. It's a horrible disease,' but that's only because I had not been faced with it personally," she said. "This award, it means a lot to me, but I dedicate it to my boyfriend's mom, Lori, my dad, and to all the families out there who are struggling with this because it really takes a strong person and a strong family to be able to help those out who are going through this."

Our hearts go out to Vanessa and her family during this difficult time.