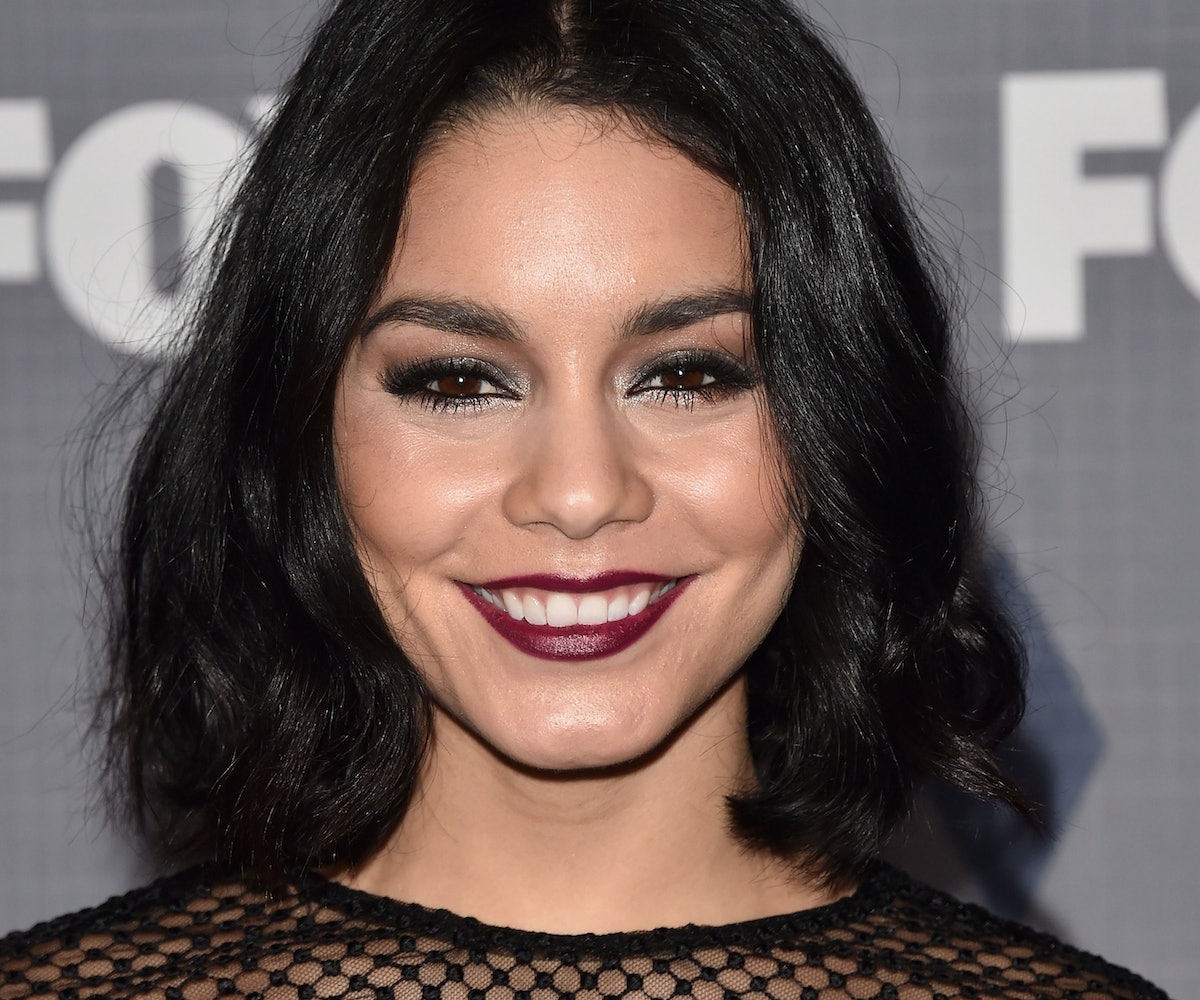 Despite the recent failure of Heroes Reborn, NBC is getting back into the superhero game, this time with the help of Vanessa Hudgens. The network has tapped the actress to head up their new sitcom, Powerless, which twists the traditional workplace comedy by setting it in a world of heroes and villains. Brought to us by DC Comics—which is killing it on The CW with shows like Arrow and The Flash—the show will be set in one of the "worst insurance companies in America" and will focus on what it's like to be a plain old pleb in a world filled with superhumans. Hudgens will play insurance claims adjuster Emily Locke, who gets fed up with what's essentially life inside a comic book, thanks to "the disruptive antics" of all those jerks in masks and capes. And although this will mark her first regular role on the small screen, Hudgens recently wowed audiences with a brave and thrilling performance on Grease: Live, just one day after her father's death from cancer. Powerless is set to debut this fall.