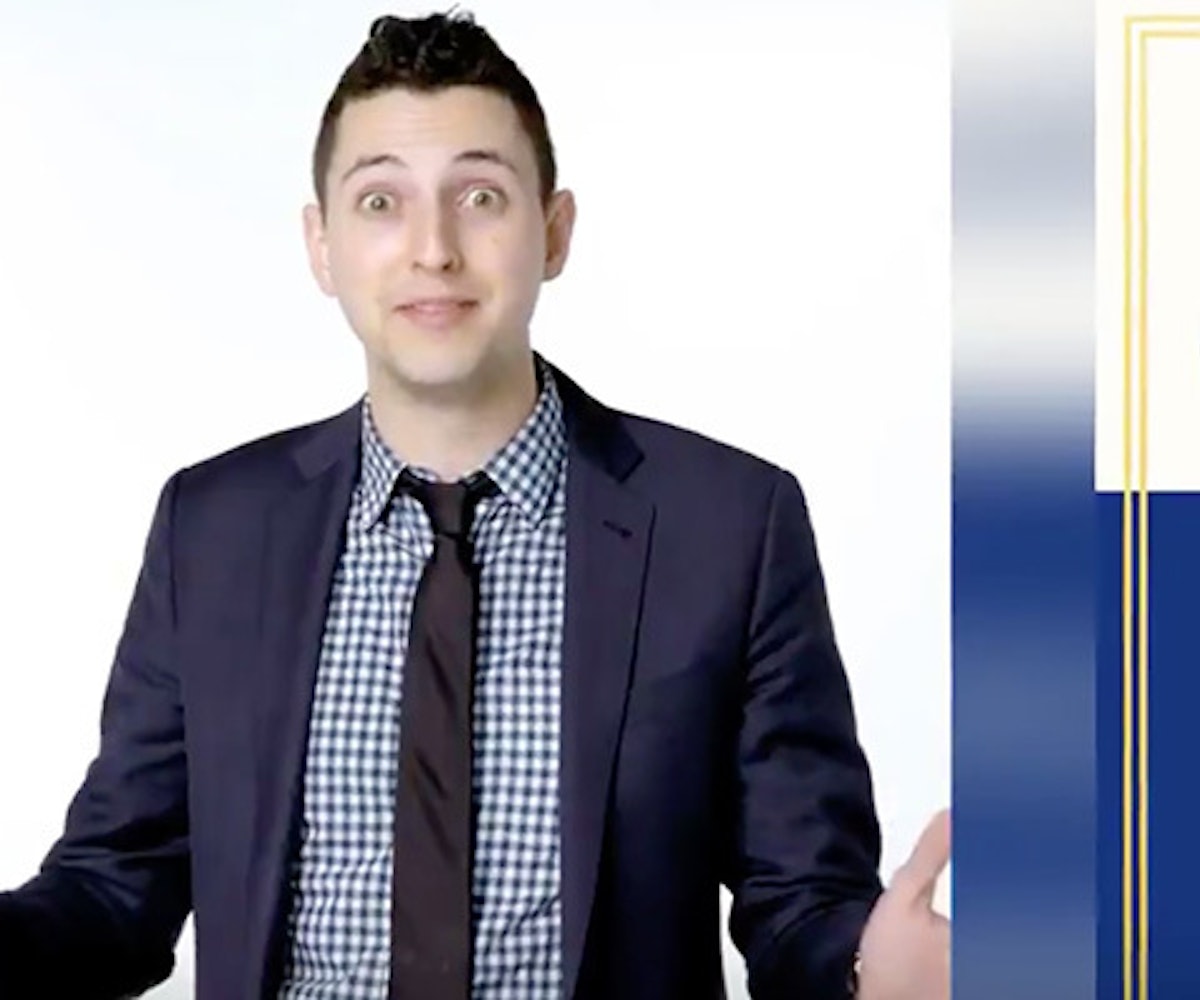 Scrolling through Twitter, it's unusual to go a day without seeing somebody outraged about something—an article they didn't agree with, a headline taken out of context, a joke they found offensive. Sometimes it's a particular piece of content being dragged, but often it gets personal. Being a woman online can be especially dangerous, because, as Vice's Eve Peyser puts it, "people find any excuse to be cruel to women." This was demonstrated once again when Vanity Fair posted a tongue in cheek video suggesting potential New Year's resolutions for Hillary Clinton. The clip was labeled as sexist because it suggested she take up knitting, however, it also suggested she take up improv comedy classes or volunteering. But the internet pile on began, and it got to the point where one VF editor made her account private and is now taking a break from Twitter.

Maya Kosoff, a tech writer for VF Hive, has signed off until after the New Year, after facing internet harassment in response to the video. "i don't appreciate being taken out of context to make me seem super sexist," she tweeted before signing off. "this wasn't a hillary hit piece either, fwiw! we made silly new years resolutions for a bunch of politicians." VF Hive also made videos suggesting resolutions for Sarah Huckabee Sanders, Donald Trump, and Gary Cohn.

Author Jennifer Wright initially tweeted outrage in response to the clip, as did other feminist writers and media figures, along with Clinton supporters, but after seeing the backlash that Kosoff faced, she deleted her tweet. "Guys," she later wrote, "if you respond to sexist comments by making fun of a woman’s weight you’re part of the problem and do not deserve nice jokes."

Nothing illustrates the hypocritical nature of Twitter rage culture more than people getting upset over sexism against Clinton, but being totally cool with body shaming the person they're calling sexist. The manufactured outrage got so bad that journalist and author Tom Watson called it a "major scandal." He offered "some serious advice" to the new Vanity Fair editor-in-chief, Radhika Jones. "She's very clearly in the 'it will all blow over soon' stage of denial about media in our current age," he wrote. "This is a very [sic] stage to be in. The longer you stay there, the worse it is. I've been there, folks."

It's ironic that Watson wrote a condescending thread to a female editor-in-chief when referencing a "stupid sexist video." (One might call his rant stupid and sexist.) "With something as deeply offensive as suggesting the former Secretary of State - a feminist icon and the most admired woman in the U.S. - take up knitting as she's bullied from the public stage, only a swift and abject apology will do," he continued. Here again, we see how focusing on the knitting is really just people on the internet not letting go of a specific narrative that serves their outrage.

A hashtag, #CancelVanityFair, started after the video went viral, with former Clinton advisers joining in. As Peyser pointed out, the fact that this video has turned into a "major scandal," just "proves how toxic social media is." Journalist at The Intercept, Glenn Greenwald, referenced a conversation between former President Obama and Prince Harry about social media, where they said it was "so toxic because it allows people to create fake but pleasing realities by only paying attention to those with whom one agrees." The response to this Vanity Fair video is a great example of that.

So next time you read a headline or watch a video that's being quote-tweeted like crazy, before you're quick to react, stop to consider what you're getting outraged about. Look into the context before you join the pile on, because there are real people on the other end of our internet outrage. And, especially if they're a woman, it's important to remember that they're already going through enough online, so maybe don't make it worse.