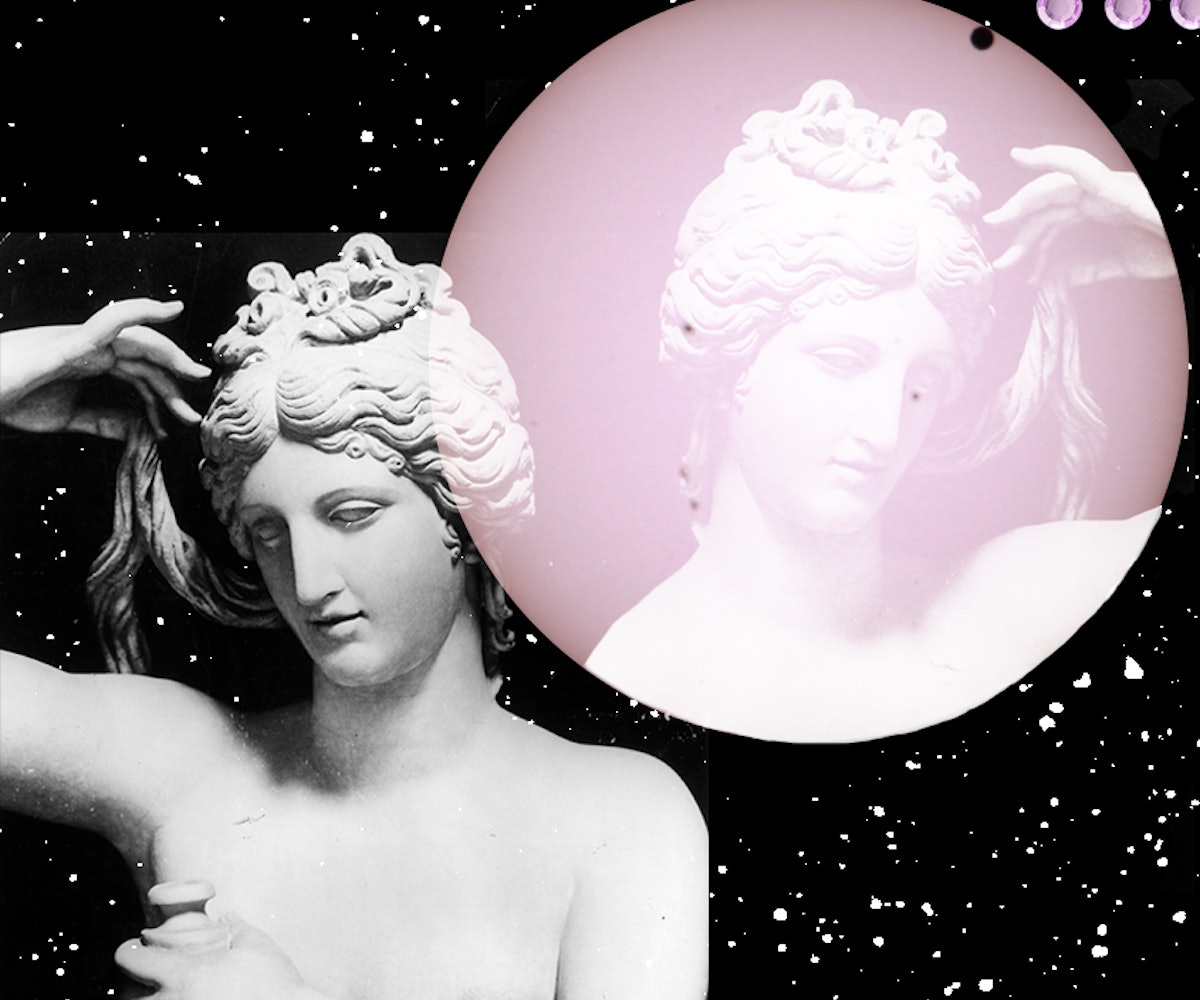 Intimacy of all kinds will be at the forefront of the last two months of summer—starting now.

You’re no doubt sick of hearing about Mercury retrograde (the whining, the memes, the social-media onslaught). It seems like he moves into his “bad three weeks” phase every three minutes. There’s no denying that Mercury’s temperament is double-timing at best, but he’s not the only planet in our solar system with a mean streak—or just good, ol’ fashioned eccentric tendencies.

Enter Venus, the sensual goddess-planet who rules love, sex, finance, beauty, and children. Though lesser-known and less frequently occurring, Venus’ retrograde period—which began on July 31 and will continue until September 6—is nothing to sneeze at. Planetary retrograde periods tend to be times of reassessment, particularly when it comes to reviewing the past. Our values will come under the microscope, in Venus’ case, revolving around love—or at least what we think is love.

Initiating new relationships, getting hitched, or otherwise forming new partnerships or unions of any kind are typically considered bad ideas when timed during Venus Retrograde. Major purchases or financial decisions are also best kept on the back burner until she starts behaving, too. Even worse, because Venus is so concerned with physical beauty and aesthetics, it’s ill advised to make any drastic (read: fun) changes to your look, including your hair, wardrobe, or any other, erm, physical enhancements while she’s in retrograde. With September issues hitting the stands, back-to-school prep, and fall fashion and beauty underway, there’s no worse time for Venus to act so bitchy and uncool.

So, then what can you expect, aside from all this doom and gloom? For one, a whole slew of exes, past lovers, and old friends reappearing—a prominent retrograde trait shared with Mercury—both joyfully and with some irritating tendencies to complicate your current relationship or social standing. Relationships that have been on the skids have a higher chance of flat-lining for good now, as well. You might even question your seemingly solid partnership.

Strained relationships that do end up on the chopping block will tend to end up there after one or both of you experience a revealing phase that truly opens your eyes. Breakups that happen now (and especially in the last two weeks of this period, ominously called the “Luciferian Period”) are unlikely to be “clean breaks,” but rather impulse-driven decisions. Post-retrograde reunions for these relationships are completely normal, even healthy.

Singles should be cautious, but still have fun seizing the opportunity for experimental dating and sex. Your independence will be at an all-time high this summer, which lends an odd sense of balance to your wild adventures in hooking up—you certainly won’t need anyone to “complete” you, so don't expect to catch feelings.

But back to those ex lovers and friends: When someone from your past materializes during a retrograde period, likely there’s some unfinished business that needs your attention before you can move forward. Many of these “coincidences” may seem karmic or even predestined, and in a way, they are—there’s no moving forward without closure.

Venus will be especially hot-and-bothered this round since she’s sitting with fiery Leo for much of her cycle, which means many of us will have a much higher appetite for attention. Egoism and arrogance could seize some in Marie Antoinette-like fits, especially those not normally prone to overconfidence. Leos (and those with heavy Leo aspects in their natal charts) will likely tend to resemble hermit crabs, distancing themselves in favor of introspection until the coast is clear.

Don’t expect your sex life to be particularly dampened, though (I bet you weren’t expecting that jewel!). Getting close to a lover (or potential lover) will have its hurdles now, but Venus tends to bring out super-freaky, experimental energy to the sexually curious. Taking up a no-strings-attached fuck buddy is textbook for Venus Retrograde periods. The more unorthodox, the better—this is a time to expand your perspective. Just don’t expect anything steamy to last more than a few months.

Still, most of us won’t be quite as freely loving, intimate, or physical with so many road blocks ahead. Water and earth signs will be particularly hard to crack now, taking on more suspicious and guarded positions. Others may even seem untrustworthy or suspicious when they are simply confused, withdrawn, and self-protective. The crux of this negative aspect isn’t other people, but ourselves: It will be increasingly difficult to trust our instincts and judgment as Venus moves deeper into her dark phase.

Though this period can be fun and just plain trippy, most of us won’t be completely in touch with our true, everyday selves, including what (and who) we value at our core. Rather, we may be seeing the world through rose-colored lenses, with an even more clear view of new planes of consciousness.