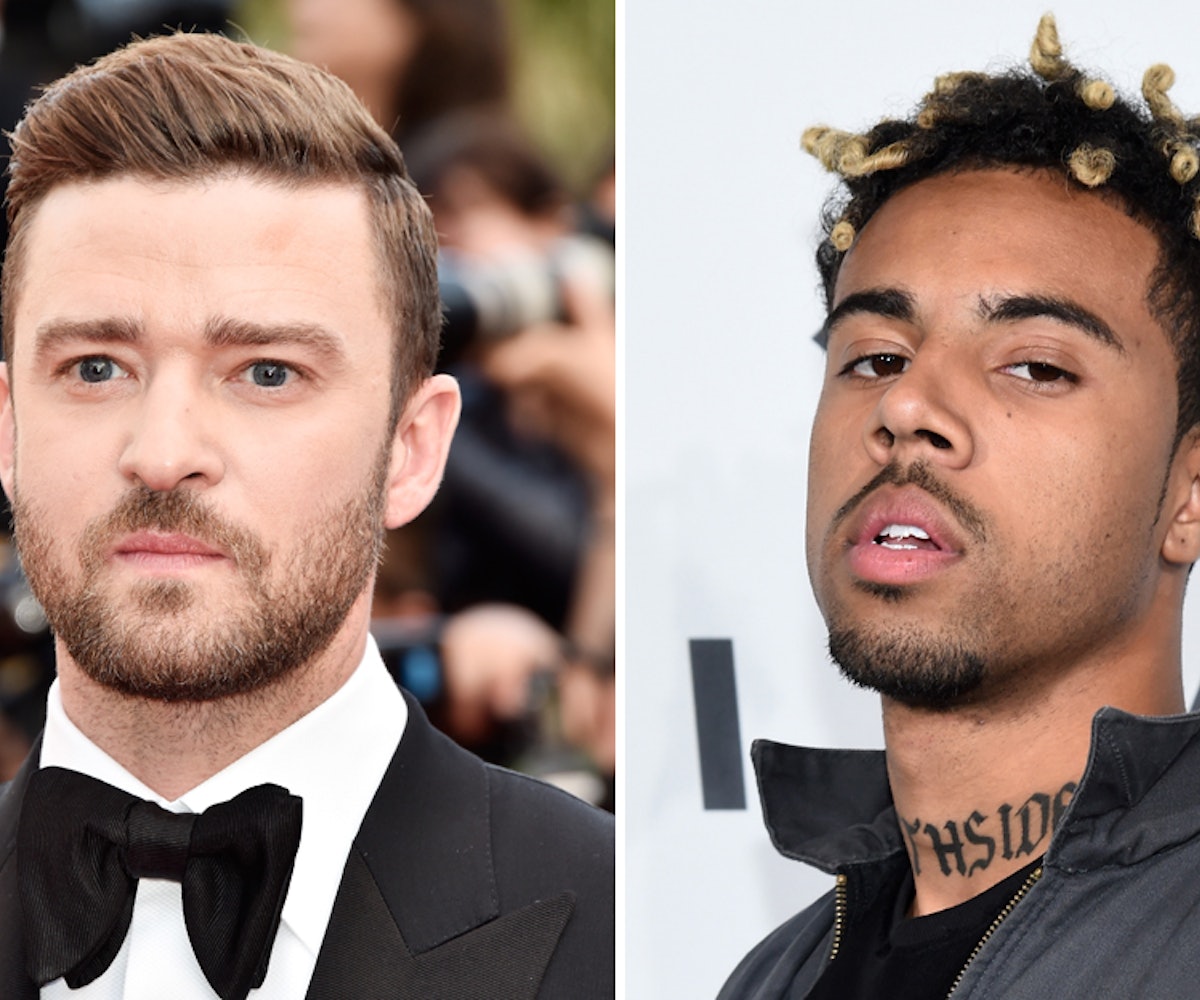 By now, you’ve likely seen the powerful speech delivered by Jesse Williams at last weekend’s BET awards and heard about the controversy that followed after a series of tweets from Justin Timberlake. Like the rest of us, Timberlake was impressed by Williams’ speech in which he spoke out against police brutality and racial injustice in America.

Initially, Timberlake tweeted his support for Williams, but after a quick backlash from the Twittersphere, he tweeted that “we are all the same,” a response that increased the backlash tenfold. Timberlake has since apologized.

On Wednesday however, the negative response to Timberlake’s comments continued, when Vic Mensa appeared on The Nightly Show With Larry Wilmore to discuss the controversy. “Our problem here is that Justin Timberlake himself–you know–is definitely benefiting from using black culture for his sound, his dance moves, his dancers, and blowing up off of it,” Mensa said. “But if you roll down Justin Timberlake’s Twitter for the past two years, which I just did, you see nothing that supports black people when it’s more difficult, when there’s a struggle. With everything that’s going on, and everybody that’s been killed by police on camera in the last couple of years, there’s no #BlackLivesMatter; there’s no “praying for Baltimore;” there’s no “praying for Flint,” you know, because that’s a dangerous subject for him to touch. And we’re not feeling him being down when it’s beneficial to him, and turning a blind eye when it could be dangerous.”