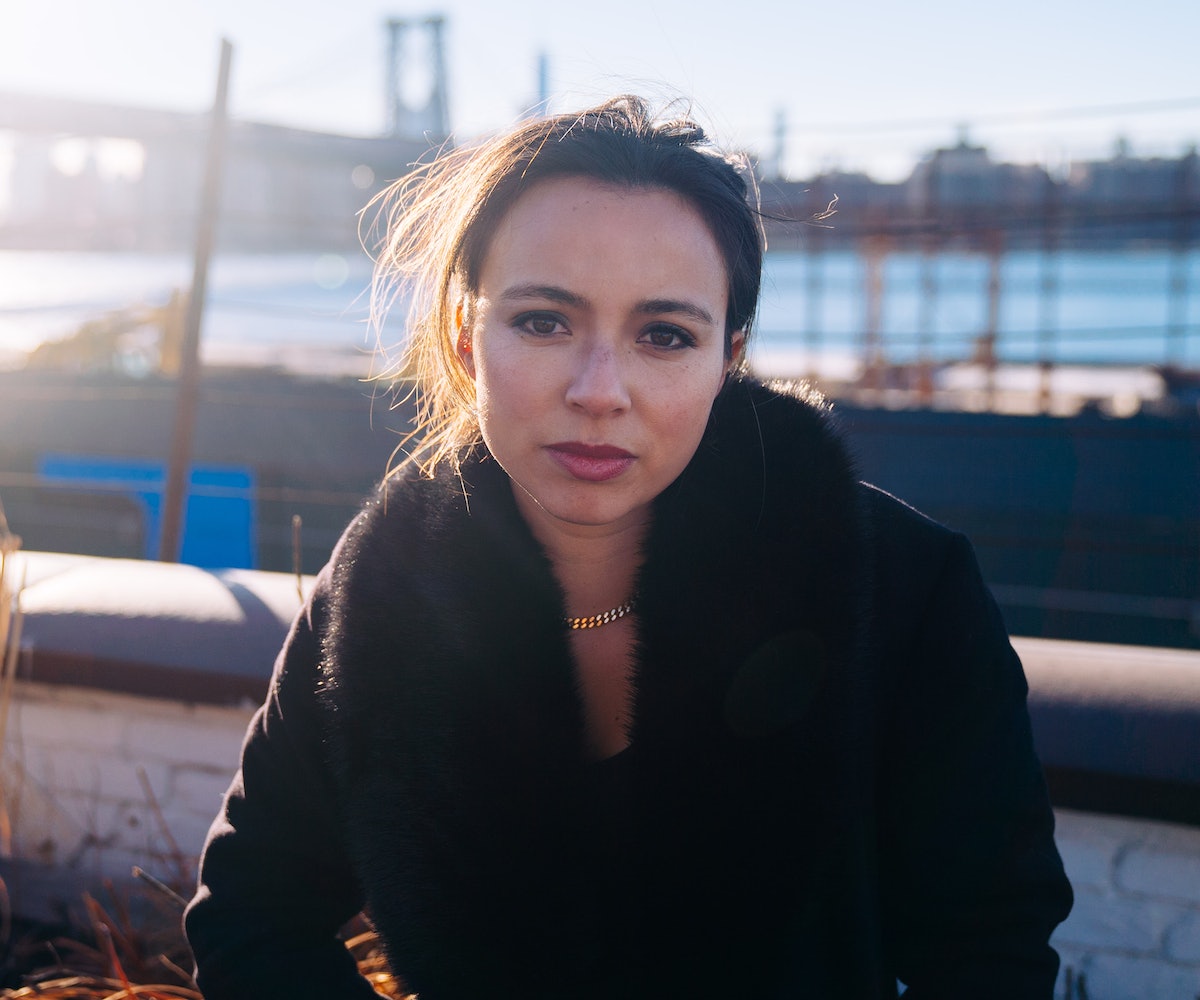 In 2011, as the Arab Spring swept across the Middle East, President Bashar al-Assad violently cracked down against an uprising that called for his removal. That sparked a devastating civil war that plunged the country into chaos and has resulted in the deaths of an estimated 470,000 people. Now entering its sixth year and with no signs of slowing down, millions of Syrians have fled the country, causing the refugee crisis that remains at the center of political debates here and in Europe.

As Assad’s army continues to battle rebel forces, much of the country has been left in ruins, particularly the city of Aleppo, once a thriving metropolis and the commercial hub of Syria. On the season premiere of VICE on HBO (airing tomorrow), journalist Isobel Yeung traveled to the city with a small crew to see the devastation firsthand. Yeung, a U.K. native who got her start at VICE covering a dog meat festival in China, also visited other parts of the country, where, instead of war, she encountered vibrant resort towns and citizens loyal to the regime. We met up with Yeung earlier this week at a Manhattan restaurant, the day after she returned from covering the famine in South Sudan, to discuss what it was like to report from a war-torn country.

Is it impossible to imagine what it's actually like being in Aleppo?

Being there also feels like seeing it on screen, especially in Homs, which is the capital of the revolution. You feel like you're walking through a movie set. It's just so apocalyptic. The buildings are just falling in on each other, it's the craziest thing that I've ever seen, and so I don't think I even comprehend it.

Why are we hearing more about Aleppo in the news than Homs?

Aleppo had a lot of very active fighting. It was kind of like one of the last big rebel strongholds. It's always been the commercial hub of Syria, and so for the government to have control of that was super, super important. It's a very strategic, important city. In December the government took control of the last stronghold of Aleppo and so we've seen a lot of attention on it for that reason.

What is your professional background?

I come from a really untraditional journalistic background. I basically moved to China after I graduated and decided to learn Chinese. I didn't really know what I wanted to do, but I knew that I wanted to have fun, so I started working for a travel show because I knew I wanted to travel.

Were you on camera?

I was. I was working for a Chinese State Media, which if there's any way to learn what you do not want to do, it's working for Chinese State Media because there's so much censorship. You travel to these places and you're not really taking anything in and you're not really learning or getting to connect with anyone you're there with. It's literally just traveling for the sake of traveling, and that's where I guess I learned exactly what I didn't want to do. So I started writing for various print magazines and publications in the U.K. and in the west, reporting on current affairs in China and the situation there. I started working for VICE because I was also doing a lot of video stuff for a couple of other western and Asian TV channels and I realized I wanted to do sort of more in-depth, longer-form documentaries, and so I pitched my first story for VICE on a dog meat festival, which takes place every year in China.

It's this one area in China where they're famous for their dog meat consumption. So we went to cover that, and I knew that VICE was really the only place that was gonna take something on that, which was gonna be longer than a 10-minute piece.

Where else have you been?

I just came back from South Sudan yesterday, and they declared famine there yesterday.

What is it like being in South Sudan yesterday and being in this restaurant today?

It's really bizarre. It's one of those things where you don't want to come back and just start preaching to your friends about it when you go to dinner, or at like the work dinner part, when they're like "What have you been doing?" And you're like, "Well, I just watched people starving to death," so yeah, it's tough.

Do you try and not go into too much detail?

There is a time and a place to do it, and I'm lucky because I get to come and talk to my boyfriend about it and I get to talk to my family about it; I get to kind of decompress. I do think it's important to talk about those experiences because you carry those emotional tolls with you wherever you go.

How did you get into Syria?

Me and my producer Alex wanted to go Syria for a while, and we realized it was going to be impossible to go in on the rebel-held side so we started to think about what kind of story we could do on the government-held side, and started reaching out to the Ministry of Information, applying to go through them. For a story like that, there's not a lot of pre-production you can do because you're being accompanied by the government the whole time. Our government minder's job was to make sure we weren't seeing or reporting or speaking to anyone who wasn't portraying the government message. So there's not a lot of pre-planning you can do. It's more making sure you're trying to find moments where you can get to the truth in some way.

What measures are being taken to ensure your safety while you're there?

Does identifying yourself as press mean you're neutral when you're there?

Yes, and no. It's difficult because the freedom of the press is really challenged in a country like Syria. In some ways, the media is seen as the enemy there, so in some ways, you are a legitimate target. I think being a westerner helped our chances, but there were definitely some sketchy moments.

At one point, we see you running away from some kind of danger. How scared are you in that moment?

For sure. Your adrenaline is pumping, and you're scared, and there were definitely moments where that was the case. We had car crash actually coming out of Aleppo, one of our cars flipped over a few kilometers away from ISIS-front lines. It's terrifying when something like that happens. And there's not any immediate relief from it apart from to stay focused and remember that you're trained, and you know how to deal with the situation and to try to stay calm. We had a really great crew while I was out there and they were super supportive and we talked about how scared we were, even though it's an all-male crew so there's a lot of machoism going on and they didn't necessarily want to talk about it, but I did make sure that we talked about it. [Laughs]

You mention in the documentary that in parts of Aleppo, life goes on as normal. Can you elaborate?

Yeah on the government side. There's like sniper corners around, and they're in an active war zone, but at the same time that sniper corner is also a route to school, and although the markets have been destroyed, someone's just found anything that they can get their hands on and sell. I'm always astounded when I go to war zones as to how people are able to just be so resilient and to try to pick up their lives and go on with it.

It's been going on for so long, I guess you just adapt to it.

Yeah, six years.  I remember being sat one night in a restaurant, and there were mortars going off every 40 seconds, and I was literally jumping out of my skin every minute, freaking out. And the people I was with found it so hilarious that I was so freaked out. They were like, "This is normal for us. Instead of counting sheep when they go to sleep, we tell our children to count mortars." It's something that I cannot imagine getting used to.

You travel to another town in Syria that looks like it could be any regular resort town, with vacationers swimming and sunbathing. I was shocked to see that.

I was, too. The government was really keen to take us there because it's literally the message of life's a beach. They're opening new resorts and people were holidaying, and it's the polar opposite image to what you think of when you think of Syria. It's a massive juxtaposition within the country.

You speak to Syrians who openly support the Assad regime. Do you get the sense that it's genuine support, or are they just afraid of what might happen otherwise?

That was something that I was trying to figure out the whole time we were there, and it's something that's really hard to know when you're there inside a dictatorship—trying to figure out what's the truth and to what extent people are devoutly loyal, and to what extent people are too afraid to speak out. It's really hard to figure out. I think I met a lot of people who were genuinely passionate about Bashar al-Assad, and I met a lot of people who were afraid of the security situation, and so felt like the only person or the only regime that was going to protect them was the one that was in power. And they were going to uphold the secularism within the country. However, obviously we only went in on one side, and obviously, there's a lot of fear there. And there were moments mostly off camera, where someone would slip up or someone would say something that really reveals there's a fear to speak out.

Speaking of dictatorships, that word is being thrown around in this country a lot these days. What do you make of that, having been in an actual dictatorship?

I think we've got to be careful not to throw around the word "dictatorship," and I think the freedom of the press is a hallmark of democracy, and I think to uphold that freedom is a really important element in our democracy.

Do you see any hope for Syria's future?

It's tough. There are peace talks starting this week, and it's tough to know what the outcome of those are going to be. Peace talks have failed in the past. There's some form of optimism around them, but we don't know what the U.S. policy is going to be on Syria, but we know that Trump has said that he wants to eliminate ISIS. He doesn't necessarily think that Bashar al-Assad needs to leave, whether that means forming a closer relationship with Russia in the region, which have a huge diplomatic impact, we don't yet know. I think it's really difficult to see a really clear path for peace without knowing what the U.S. policy is. On the other hand, there's such a genuine sense of exhaustion within the country, and so the people inside the country want peace more than anything.

Do you ever see Aleppo being rebuilt? Is that hard to imagine?

Definitely. What was crazy was when we were in Homs, there were reconstruction efforts, and it was basically like this tiny little bulldozer that was going around and pushing a few stones together. One of the biggest problems is that their economy is a complete mess and inflation is through the roof. They have no money because it's all going toward the military, and there's still active fighting around the country, so rebuilding a country not only architecturally and physically, but also mentally, is such a Herculean task.