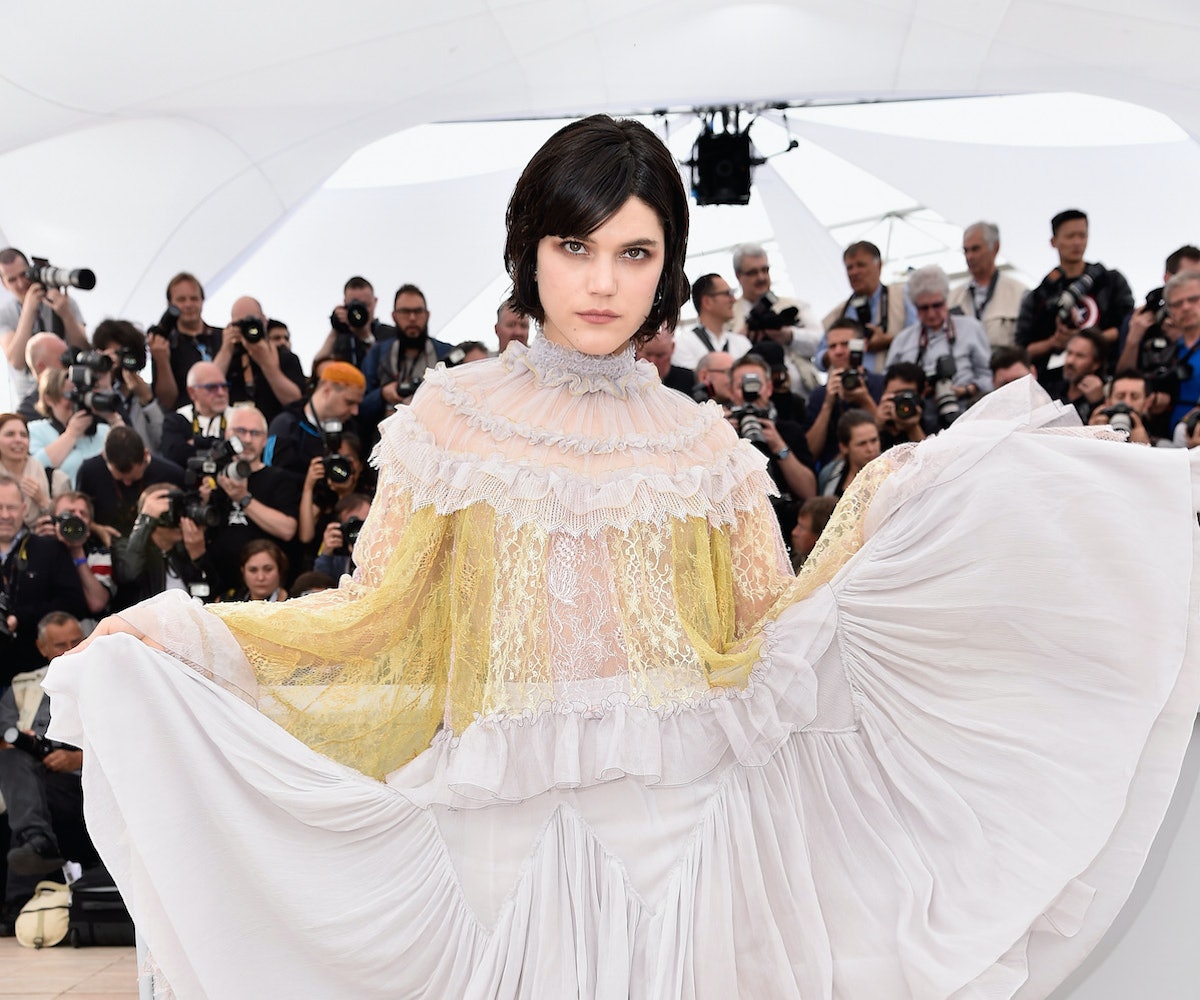 We’ve seen a multitude of standout looks at Cannes this year—from pencil skirt and cropped tee combos to Cinderella-like ball gowns. We even spotted a Chanel hoodie. However, there's one trend, in particular, that has been repeatedly making appearances on the red carpet this year: Victorian-inspired dresses.

Love it or hate it, there’s something regal and royal about wearing a Victorian-esque look on the red carpet, excess fabric and all. From an overload of ruffles, frills, and lace paneling to more intricately embroidered looks, stars from the likes of Soko and Sasha Lane, have been spotted rocking the trend.

We certainly feel that sometimes this look can, well, just be a lot, while other times it can be pretty damn glorious. Some of our favorite actresses, singers, and models managed to pull this look off pretty effortlessly—while others made us do a double take (and maybe not in the best way).

Click through the gallery below to check out some of the best (and, I suppose, some of the worst) Victorian looks from Cannes so far.

Vanessa Paradis stunned in this sheer lace paneled number by Elie Saab at the From the Land of the Moon (Mal De Pierres) premiere.

Riley Keough opted for this plunging, ruffled Gucci gown at the premiere of American Honey.

Soko looked ethereal in this pastel two-piece by Chloé at The Dancer photo call.

Sasha Lane opted for a high-neck gown by Emanuel Ungaro on the red carpet of the American Honey premiere.

While this may be the least ornate of the Victorian dresses we saw, Lily-Rose Depp’s Chanel Bardot dress definitely had some old-world vibes, with ornate embellishments and beading at the premiere of I, Daniel Blake.

Soko wore yet another Victorian-inspired look, this time from Giambattista Valli, to the premiere of I, Daniel Blake.