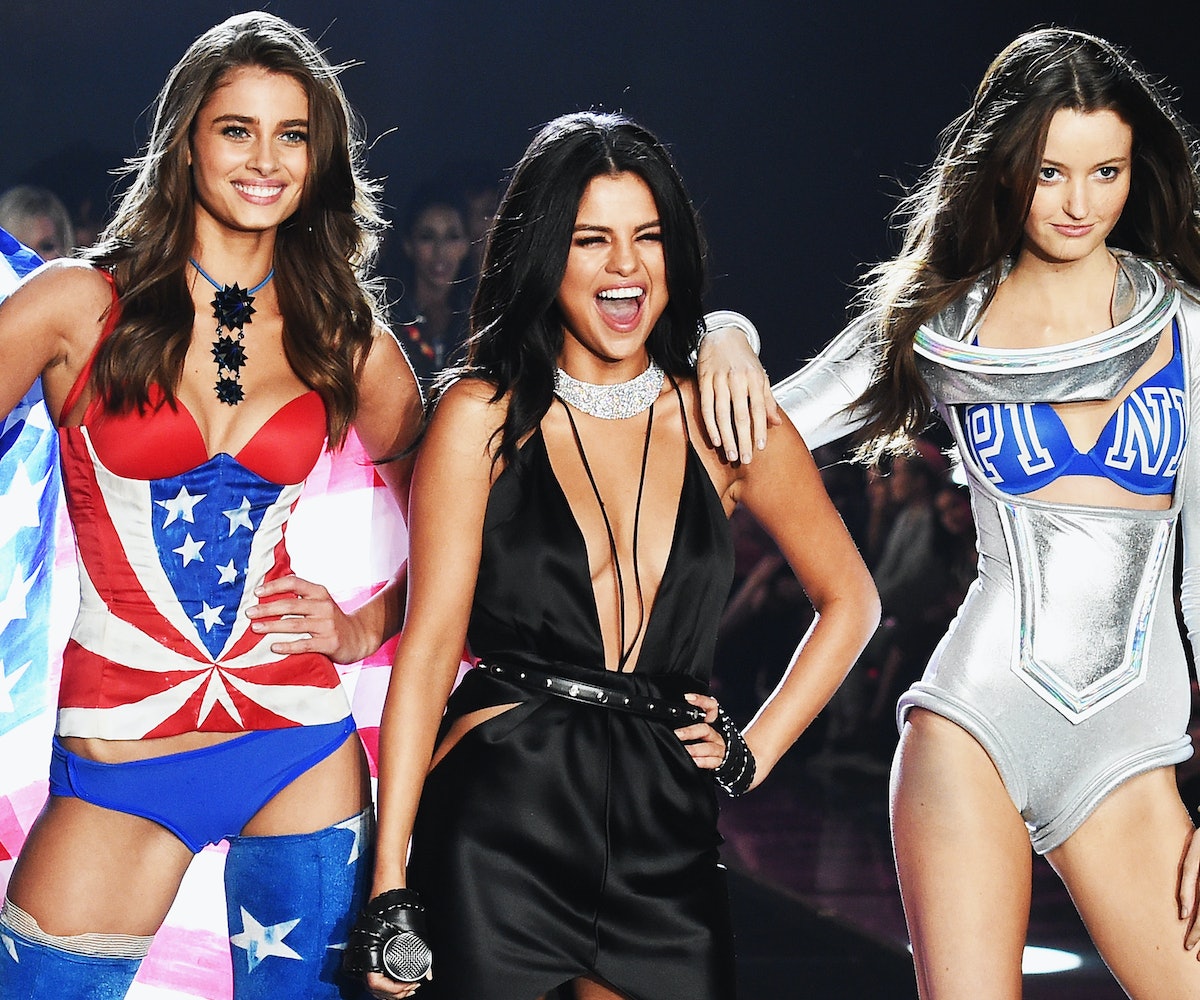 Victoria’s Secret has just announced that that it will be taking its annual runway show—and army of Angels—to Paris. Rather than show in its usual New York City home at the 69th Regiment Armor, the lingerie powerhouse has chosen to take over the French capital this year. While this isn’t the first time they’ve stepped outside of the Big Apple, showing in places such as London, Cannes, Los Angeles, and Miami in the past, this will be the first Parisian showing of the spectacle.

In addition to seeing some of our favorite supermodels strutting down the runway in killer lingerie and costumes—from longtime Angel Adriana Lima to newcomers like Taylor Hill—we also have the performing special guests to look forward to. While this year’s guests have yet to be announced, we can assume only assume we won’t be disappointed. I mean, the brand has tapped the likes of Selena Gomez and Taylor Swift in the past, after all.

However, in addition to some amazing performances, we’re also hoping to witness more body diversity on the runway. In particular, we’d like to see women of all shapes and sizes getting to rock a pair of wings.

NYC castings are happening right now, so be sure to follow Victoria's Secret here for the latest updates on the latest additions to the Angel squad.

The event will be filmed on November 30, but unless you’re one of the lucky ones invited, you’ll have to wait until December 5 when the show will air on CBS.