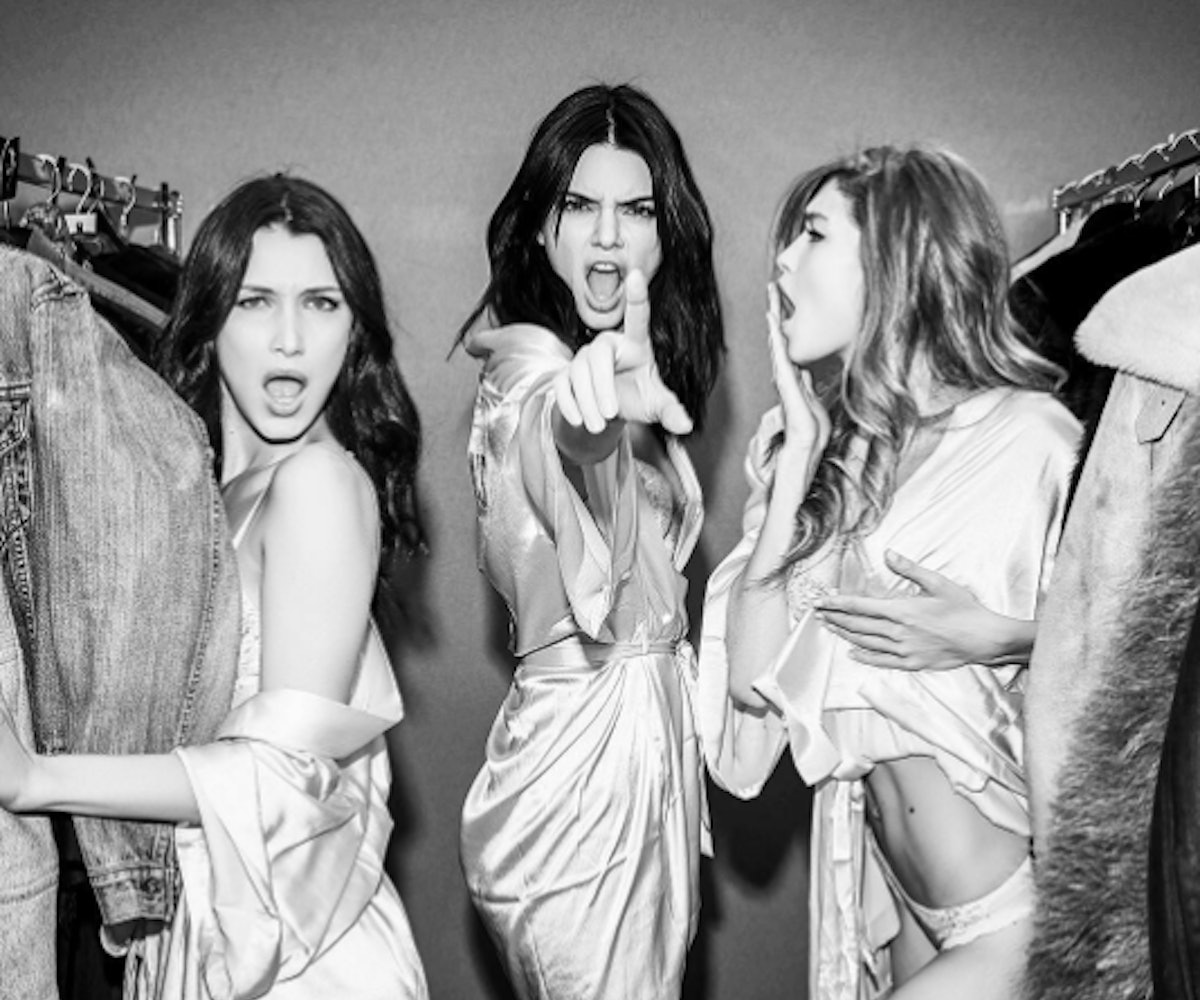 Unless you’ve been living under a rock, you’re well aware that it’s Victoria’s Secret Fashion Show season. Though we have five more days until the production airs for all of our viewing pleasure, the actual show took place earlier this evening.

This year is especially exciting as, for the first time ever, the epic show took place in Paris. Of course, we’re all anticipating watching some of our favorite models of the moment receive their first pair of wings—ahem, Bella. In addition to the models, the major wings, and the $3 million fantasy bra worn by Jasmine Took, we also have all of the performances to look forward to. With lady Lady Gaga taking the runway this year, we can only imagine it being a performance of epic proportions.

While we won’t be able to watch all of the action until Monday (sigh, we hate waiting), we luckily have social media to catch a glimpse of the scene and vicariously live through our favorite Angels as they prepared for not one, but two, runway shows.

Below, we rounded up the best (hella star-studded) backstage photos from tonight’s show.

Longtime Angel Adriana Lima is straight-up chilling before the show.

Bombshells Lily Donaldson, Joan Smalls, and newest Angel Bella Hadid getting ready to own the runway.

Georgia Fowler and Devon Windsor take a selfie before the show begins.

We want to be having as much fun as Kendall Jenner, Joan Smalls, Irina Shayk, and Lily Donaldson are.

Can Joan Smalls be any more amazing?

Josephine Skriver and Kendall Jenner are the ultimate backstage besties.

Romee Strijd and Josephine Skriver wait to get their hair touched up in between shows.

Kendall Jenner took a stroll down the runway pre-show.

Lily Aldridge gave us a sneak peek at her look right before the show began.

Jasmine Tookes and Taylor Hill snap a quick photo in between shows.