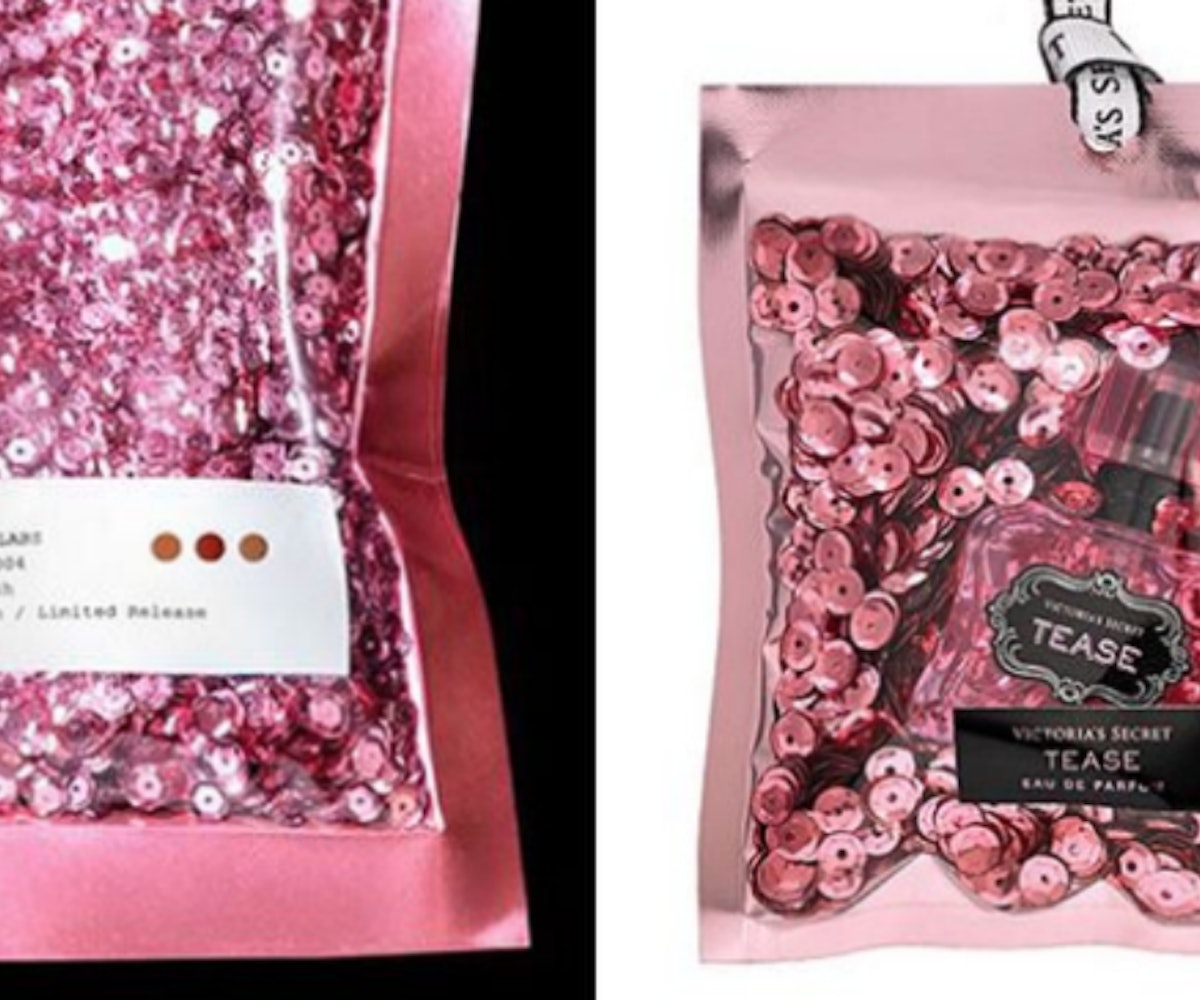 Victoria’s Secret has seen better days. First, Gigi Hadid and Katy Perry were reportedly denied visas for the Shanghai Fashion Show. Then, once there, some models were caught on camera rapping the N-word backstage while others wore Native American-inspired headdresses on the runway. Now, it appears, the brand might have ripped off one of the most famous makeup artists in the world.

Pat McGrath’s products have risen to exponential fame in the past couple of years. They’re well-made, in high-demand, and, most recognizably, come in a sealed metallic bag filled with sequins. The packaging is as iconic as the products at this point, and if you’ve ever breathed the word beauty, you’ve seen the glistening bags before—be it on Instagram or IRL.

As Instagram account @diet_prada points out, the packaging for the Victoria’s Secret Bombshell fragrances looks very similar to McGrath’s. The brand included a ribbon attached to the top of the mini ornament, but, for the most part, it’s pretty much a dead ringer. “In 2017, women are not shopping @victoriassecret the way they used to,” Diet Prada wrote. “They're still offering padded bras, airbrushing, and ill-advised ‘tribal’ runway looks to a world of women who are increasingly questioning the status quo…Hey VS - the way to win women back is DEFINITELY not by copying them.”

Neither Victoria’s Secret nor McGrath have commented, officially, on the matter, though McGrath did respond to Diet Prada’s post with an enthusiastic: “I LOVE UOOOO.” Take from that what you will.