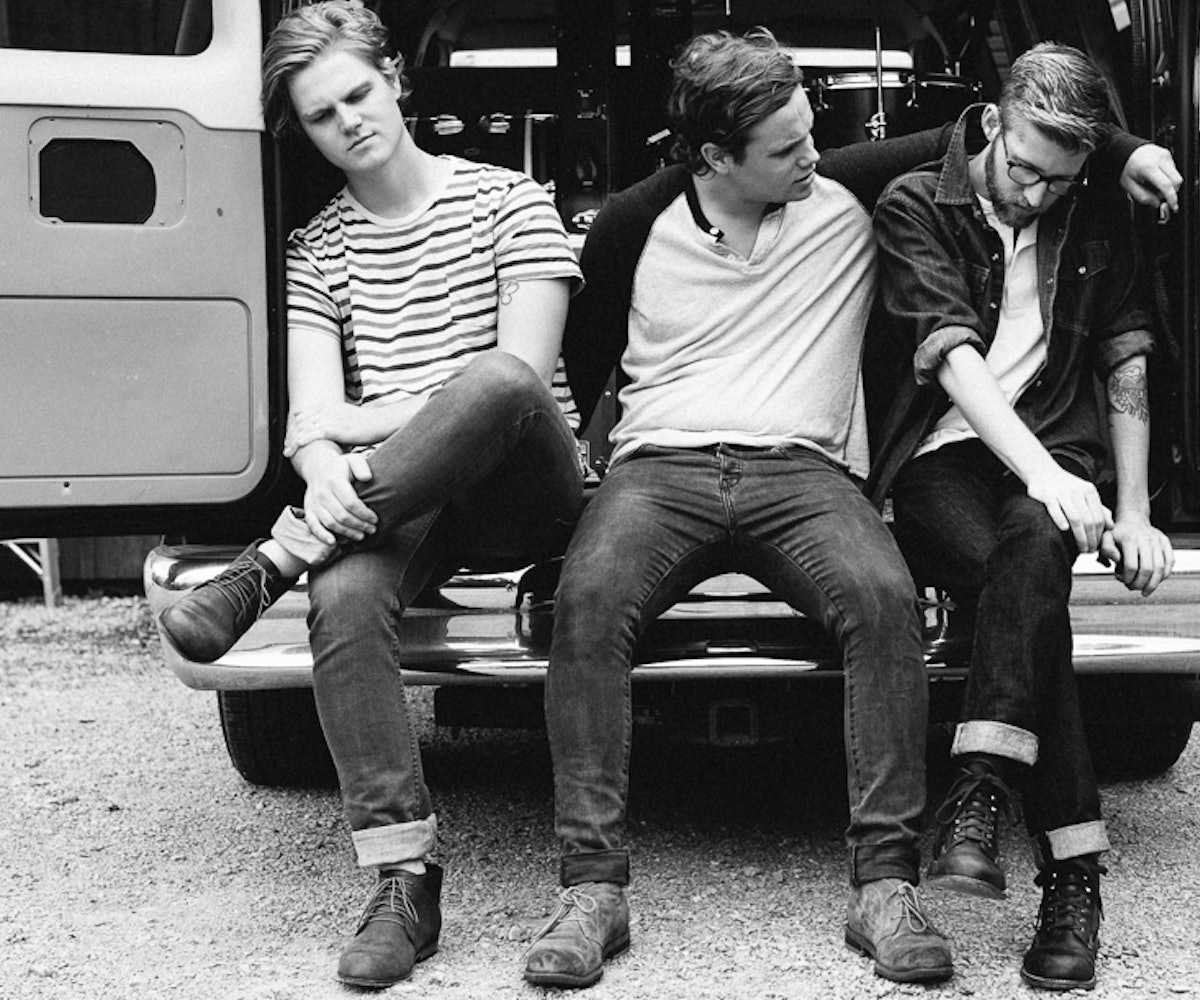 Nashville trio Colony House scored a hit when their debut album, When I Was Younger, came out last fall. It made several appearances on Billboard charts and the band made their television debut on Late Night With Seth Meyers shortly after. If you can imagine Coldplay meets Imagine Dragons meets Young The Giant, then you'll have Colony House. Their new video for "Second Guessing Games" continues that hot streak. The clip falls directly in the band-on-tour genre, switching between images of the boys playing concerts, huffing it through cities like New York and Philadelphia in their van, and lead singer Caleb Chapman singing the soaring ballad in his hotel room. "With the video, we just wanted to let everyone in on what it's like out on the road with Colony House... on and off the stage," Chapman explained. Mission accomplished.