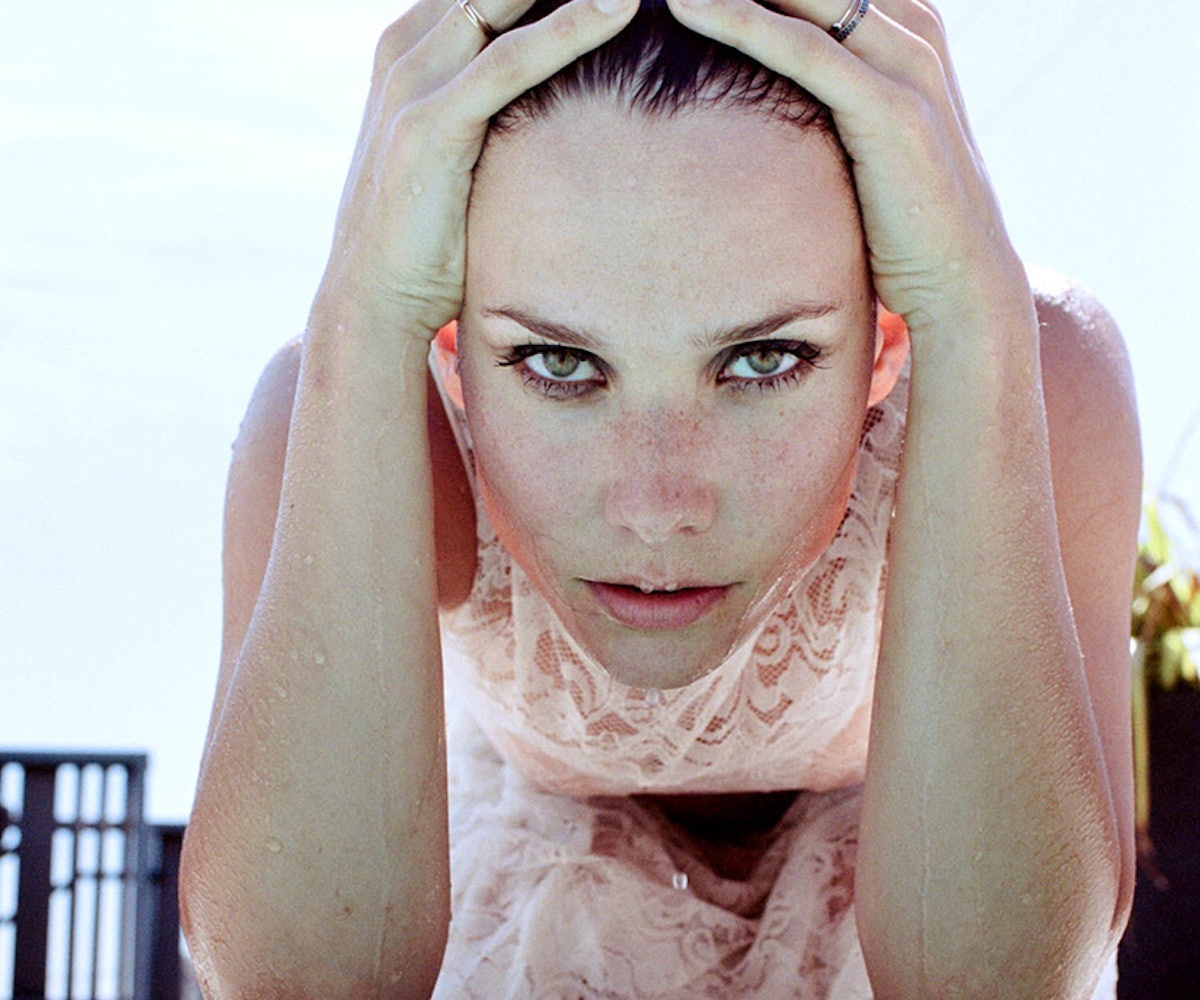 Covered in a thin dusting of body glitter, Oh Land, a.k.a. Nanna Øland Fabricius, shines (both literally and figuratively) in her new video for “Head Up High.” The track, off her upcoming album Earth Sick, is, at its core, a victorious electro-jam smattered with twinkling bells and grounding percussion. And while that may sound exactly like the Danish singer’s previous work, “Head Up High” clearly shows her musical evolution and maturation into an innovative vocalist.

Originally written to inspire a friend that was experiencing some romantic difficulties, the track was almost forgotten about. That is, until the aforementioned friend reminded her of the song while she was working on her new album (which she recorded at her home, thanks to a successful fundraising campaign at PledgeMusic). In case you were wondering, the song worked and romantic lives are flourishing. Not that we’re surprised—the track, which metamorphizes from a deep pop ballad to an energizing power anthem, is essentially a three-and-a-half minute dance party and one hell of a ballad. Watch the intimate video below and see what we mean.

Earth Sick will be released November 11th on Oh Land’s own label, Tusk or Tooth, via Kobalt Label Services. In the meantime, head over to iTunes to buy the single, or play it on the go with Spotify.