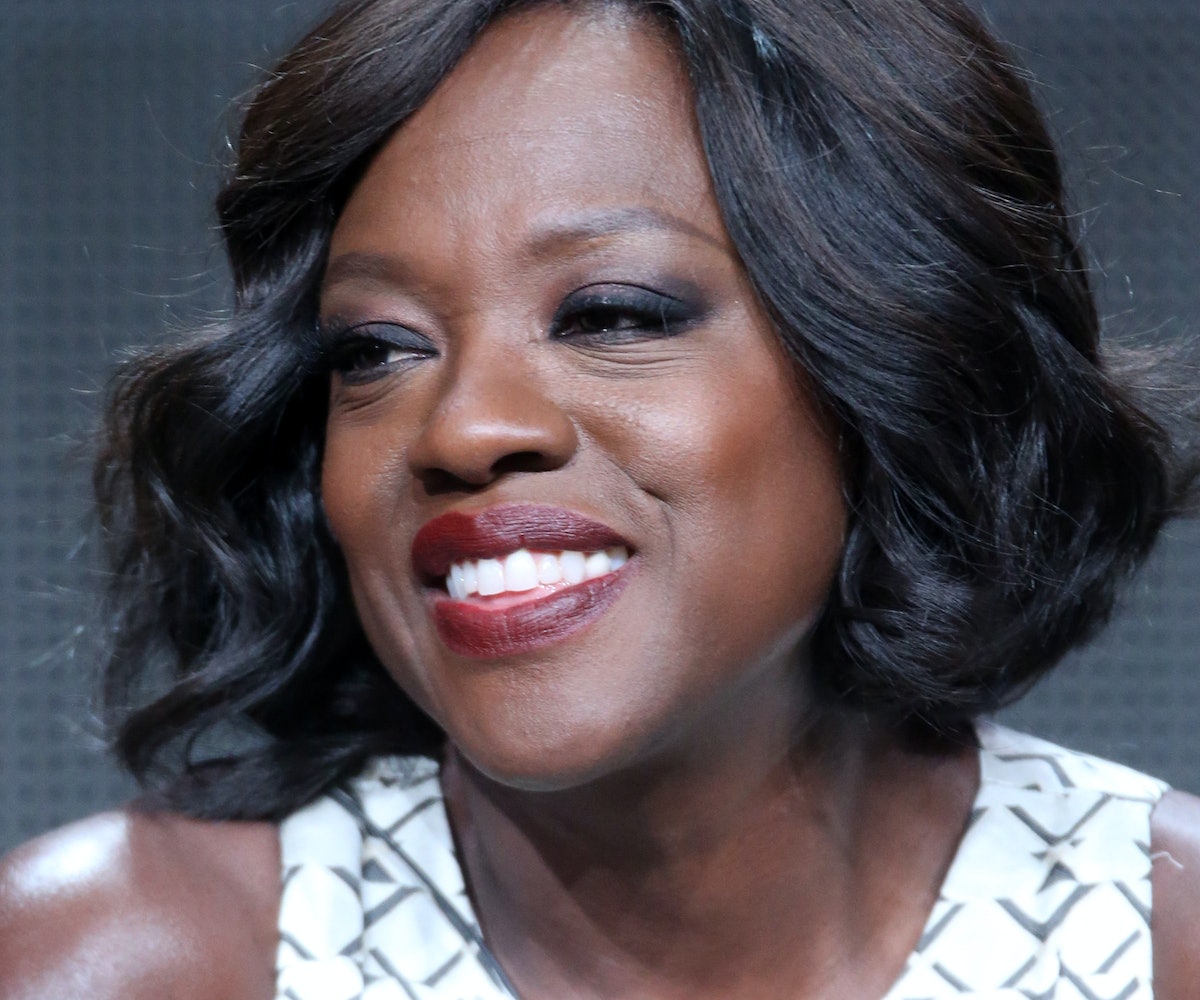 In over 50 years of Emmys history, discrimination in casting has made it a significant challenge for women of color to be nominated for the prestigious honor—much less to win. But now, in the 67th year of the awards, Viola Davis has made history as the first black woman to win the Primetime Emmy for Outstanding Lead Actress in a Drama for her role as Professor Annalise Keating in How to Get Away With Murder.

Davis opened her speach by quoting Harriet Tubman—who she will be playing in an upcoming HBO biopic that she is also executive producing. She spoke freely of long-standing barriers in the entertainment industry and called out fellow women of color in the television world, like Shonda Rhimes and Kerry Washington, for gradually helping close the racial divide. "The only thing that separates women of color from anyone else is opportunity," she said. "You can't win an Emmy for roles that aren't there."

The Juilliard-trained actress' win is one for the history books, and it is so incredibly deserved. Congratulations, Viola Davis—and here's to inspiring a new generation.