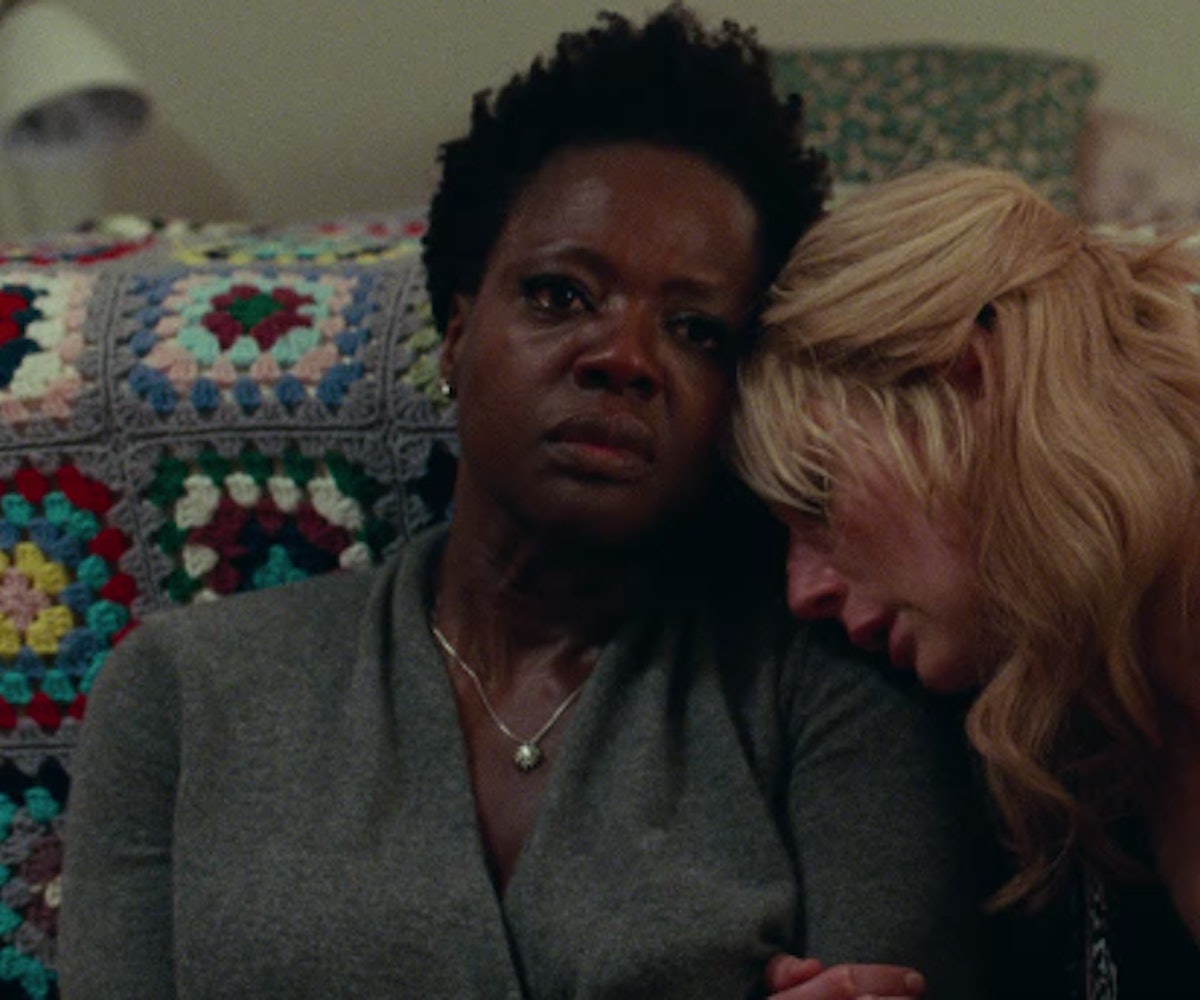 What do you get when you combine the directorial prowess of Steve McQueen and writing expertise of Gone Girl author Gillian Flynn? One star-studded thriller to remember.

The two talents have come together for Widows, a new crime thriller that follows the lives of four women who are left with their recently deceased husbands' criminal debts. Based on the Lynda La Plante novel of the same name, the film's explosive new trailer sees Viola Davis, Elizabeth Debicki, Michelle Rodriguez, and Cynthia Erivo as the titular widows, who join forces to fight back against the men who have vendettas against their late husbands.

"Our husbands aren't coming back," says Davis' character Veronica in the tense trailer. "We're on our own. They stole a lot of money. The best thing we have going for us is being who we are because no one thinks we have the balls to pull this off." The film also stars Liam Neeson, Colin Farrell, Robert Duvall, Daniel Kaluuya, Jacki Weaver, Lukas Haas, and Brian Tyree Henry.

Widows hits theaters on November 16. Until then, peep the trailer below.