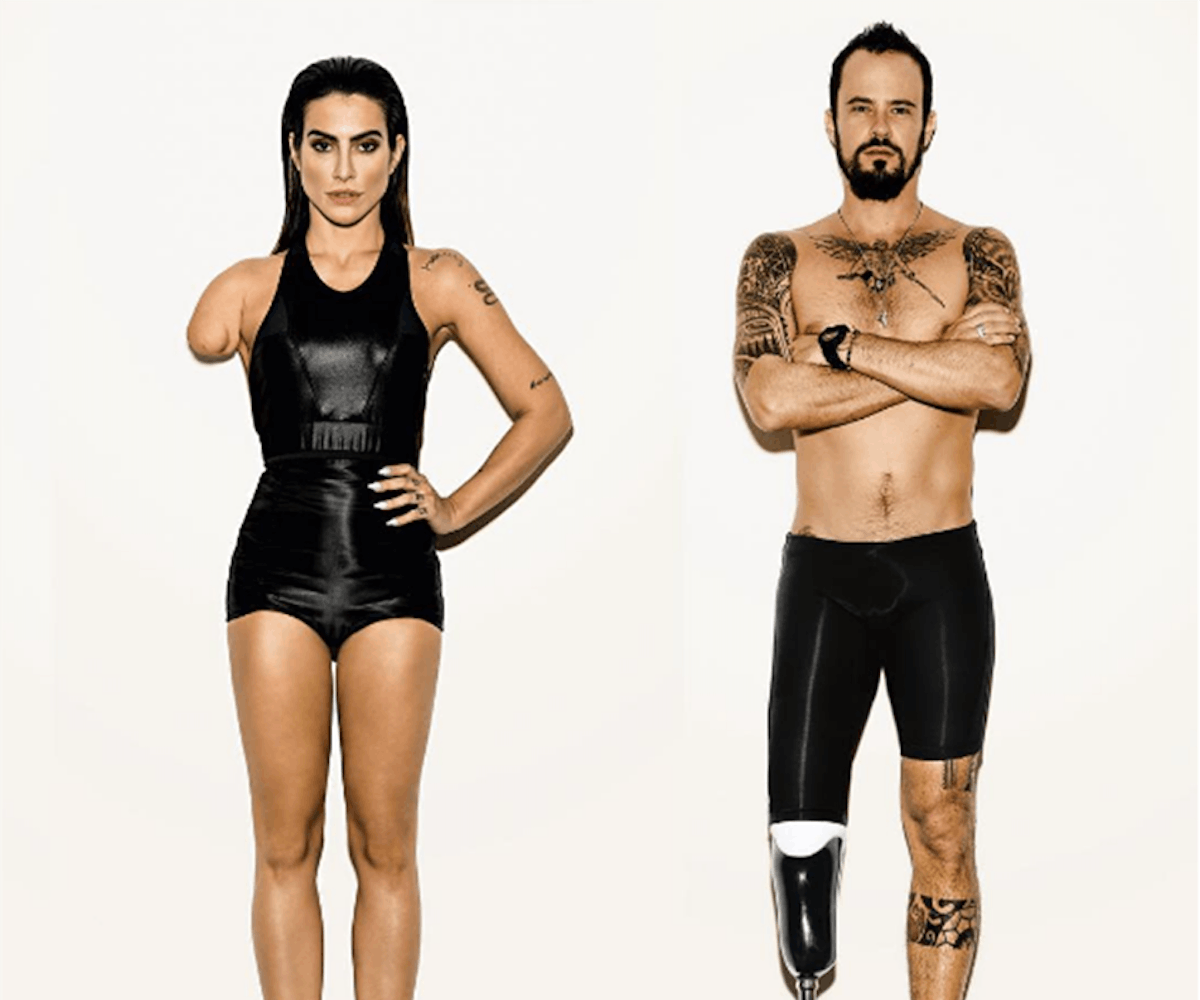 The magazine published a photo shoot with Brazilian actors Cléo Pires and Paulo Vilhena, whose limbs were digitally altered to make them appear disabled. Pires and Vilhena, who are ambassadors for the Brazilian Paralympics committee, were Photoshopped to resemble two actual Paralympic athletes, table tennis player Bruna Alexandre and volleyball player Renato Leite.

Vogue Brasil shared the digitally altered image with the hashtag #SomosTodosParalympícos, which translates to “We Are All Paralympics”—verbiage that echoes sentiments of erasure given off by other hashtags of late (ahem). The notion of “We Are All Paralympics”—just like the notion of #AllLivesMatter—brushes over the fact that there are individuals in the world who don’t get the representation they deserve. The Paralympics exist as a spotlight for people with disabilities because so often they are ignored by popular culture, politics, and even architecture. The use of able-bodied models to represent an event specifically developed for disabled athletes shows an inherent lack of understanding about the need for specific, diverse representation. Disabled models exist. Hire them—or, here's an idea—use actual Paralympic athletes to draw attention to the Paralympics.

What’s more, the athletes represented by Pirés and Vilhena were also in attendance at the shoot, which begs the question: Why were they not the photo subjects in the first place? Pires and Vilhena, as popular Brazilian actors, have the clout to shed light on any causes they desire. They can support the Paralympics without portraying an airbrushed version of disabled athletes. They can turn the spotlight onto Alexandre and Leite without transforming into stylized versions of them.

Disabled individuals have had, and continue to have a struggle for representation in society. Vogue Brasil’s photo shoot shows a flawed logic, as well as a total lack of comprehension about the Paralympics’ purpose. We need to do better than this—and proper representation would be a good start.

To support the Paralympic Games, watch as athletes compete September 7–18.