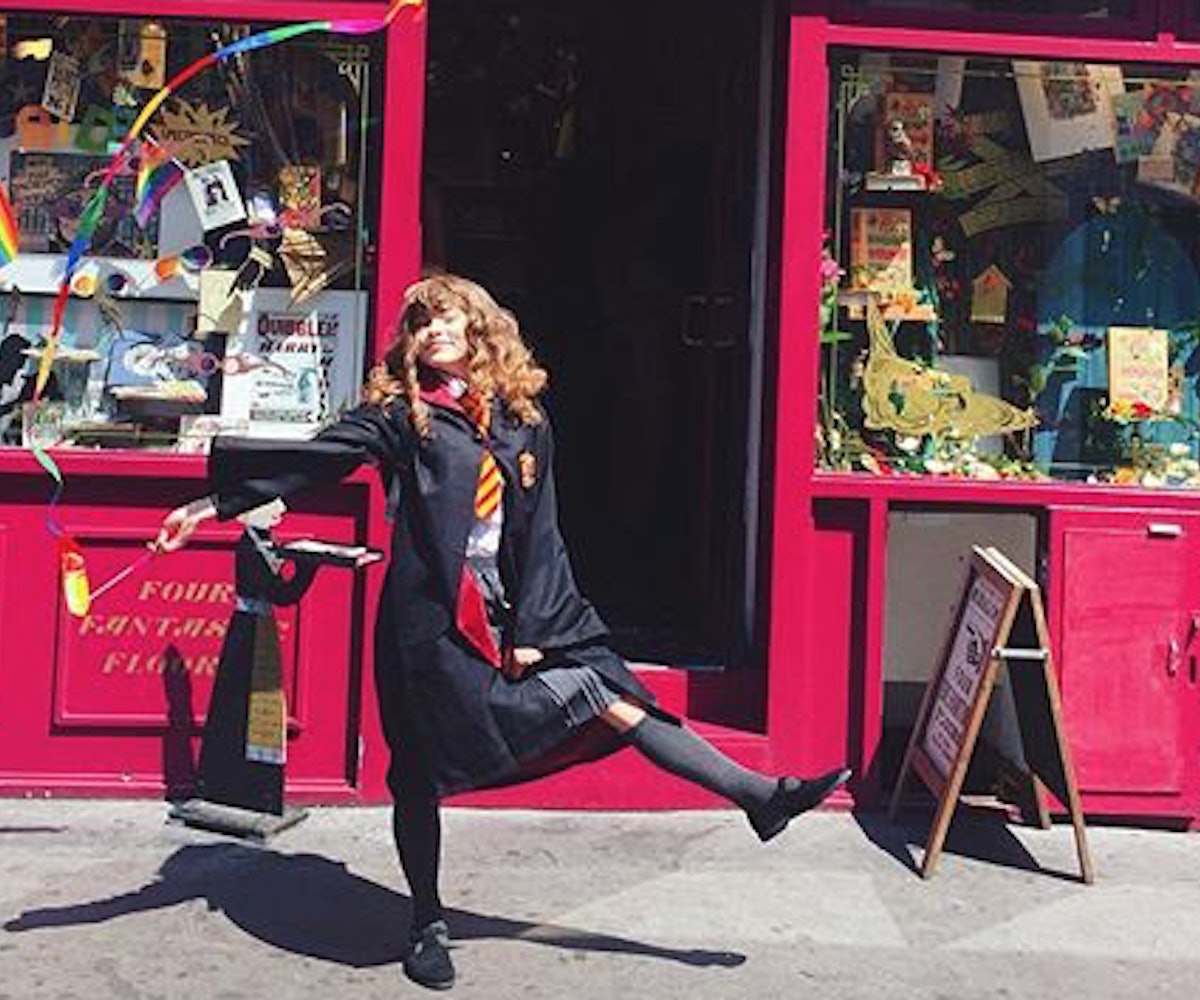 Pride celebrations are still going strong all over the world, with London being the latest to hold the parade. Over the weekend, thousands of people gathered in the city to celebrate the LGBTQ+ community, including YouTuber Kelsey Ellison, who went viral in May for voguing as Harry Potter character Hermione Granger.

Ellison's friend, Hannah Snow, captured the glorious video of Ellison reprising her moves during Pride and uploaded it to Twitter.

Snow told Press Association that people immediately recognized Ellison and cheered her on during her performance. “Kelsey got lots of people coming up to her and asking for a photo,” she said. “She had people pointing and screaming, ‘It’s Hermione’ in the middle of the street and lots of people telling her she was awesome and to keep dancing.”

On Twitter, Ellison, who is bisexual, said that she couldn't believe that she went viral again and that she attended the celebration in character because she feels that Hermione "would support and stand up for LGBTQ+ rights."

She also cited the history of voguing, stating that she was paying homage to the people who created the dance style and inspired her. "London Pride was incredible today," she wrote with a crying emoji. "I’m just so thankful and grateful I live in a country where we can be proud a celebrate who we are. Also thank you to the Black gay ballroom scene for inspiring me to vogue like no one's watching."