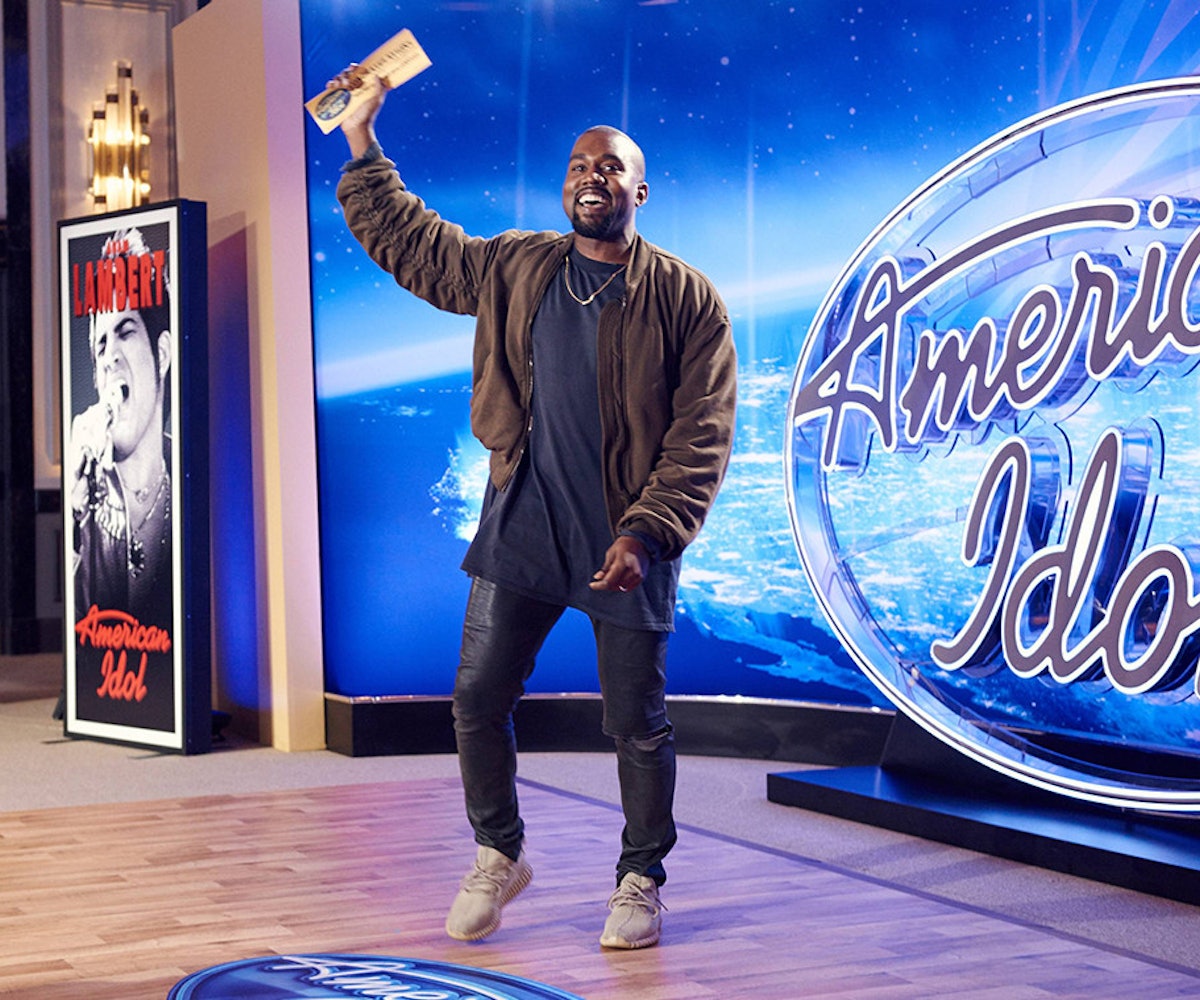 Last October, Kim Kardashian teased us with some very promising footage of Kanye West performing an a cappella version of “Gold Digger” during a mock American Idol audition. Today, the full clip has been released, and it’s an utter delight. Whether or not Kanye is acting (he probably is), he seems nervous standing in front of Keith Urban, Jennifer Lopez, and Harry Connick Jr., like so many hopefuls before him.

“My name is Kanye, I’m from the South Side of Chicago,” he tells the judges, who are totally game to play along. “I always wanted to rap and nobody really believed in me,” he says to big laughs. “Good luck with all that,” JLo tells him. He launches into an original piece of music, and proceeds to blow their faces off with the JLo-referencing verse from “Gold Digger,” while Kim crosses her fingers outside the room with Ryan Seacrest. When Kanye finally gets his golden ticket, it feels like it means more than all the Grammys in the world.

NEXT UP
Entertainment
Taylor Swift Swept The 2022 American Music Awards
Entertainment
Tyson Ritter Rejects Your Ideas of Genre
Entertainment
Olivia Rodrigo Hinted At New Music In 2023
Culture
Not One, But Two BTS Documentaries Are Coming