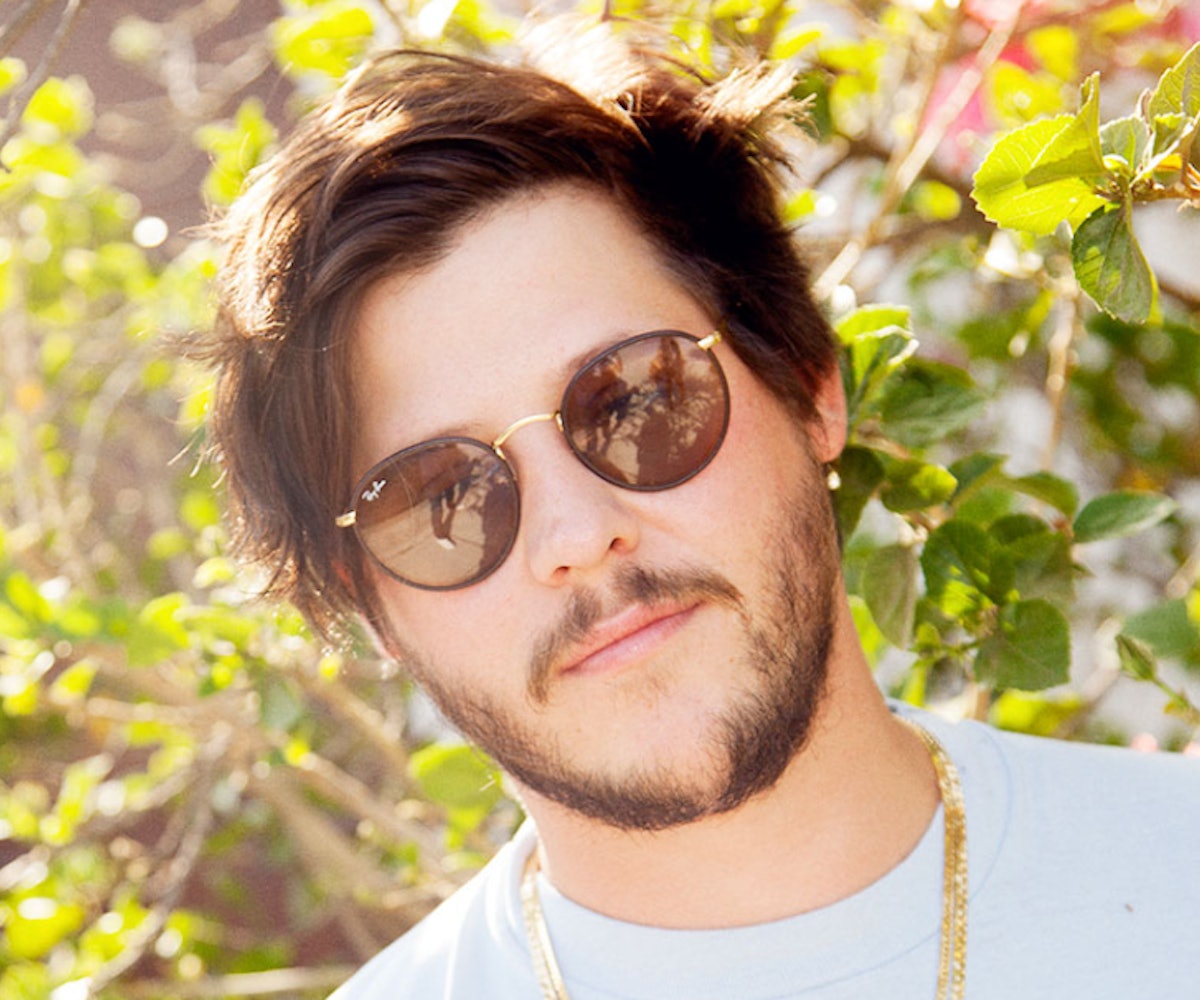 As the frontman of garage rockers Wavves since 2008, Nathan Williams has gotten pretty good at being a no-bullshit rockstar: give him some weed, a guitar, and he's straight. He's also earned his Master's in hair, both of the head and facial variety. For him, it's a mix of not really caring, kind of caring, and good genetics. Here, Williams lets us in on his grooming routines, or lack thereof.

WHAT ARE YOU WORKING ON RIGHT NOW? My bass player Stephen and I recorded a Wavves album with our friend Dylan from Cloud Nothings. And we’re finishing another Wavves album. Both come out next year.

SO YOU’RE WORKING ON TWO DIFFERENT ALBUMS? Yeah. But they sound a lot different. The Wavves and Cloud Nothings record was recorded at my house—while the Wavves album was recorded with a full band in L.A. with legitimate producers and engineers. I also have a new project called Spirit Club.

WHAT HAVE YOU BEEN LISTENING TO LATELY? This Young Thug, Birdman, and Rich Homie Quan mixtape; and a lot of Devo for some reason.

WHAT IS YOUR GROOMING ROUTINE LIKE? I don’t wash my hair for months at a time. I shower when I sweat but other than that, not too much. I don’t like to put product in my hair. I never have. [Laughs] But I do trim my beard.

WHO ARE SOME OF YOUR BEARD ICONS? Hulk Hogan, but he doesn’t really have a beard, he has a handlebar mustache. I just think anybody who bleaches their facial hair is cool. And Guy Fieri has good facial hair—he’s kind of got some bleach in there, too.

WHAT’S THE WORST HAIRCUT YOU’VE EVER HAD? I used to have this weird asymmetrical, female electro haircut, which is not the best look. Then I had this Prince Valiant cut with really straight, short bangs and then the rest of it was just long, stringy hair. I’ve had a lot of bad haircuts. I have one right now.

WHAT MADE YOU WANT TO GROW OUT YOUR FACIAL HAIR? I never used to be able to grow it, I guess. I don’t know. It was kind of just a lazy thing, realistically. Once it started growing, I was just like, “Ugh, you have to shave your face every day with a razor.” It just sucked. It’s so annoying.

DO YOU WEAR COLOGNE? Yeah. I never used to but I have one called Bleu de Chanel. Sometimes I just spray it in my house because it smells that good.