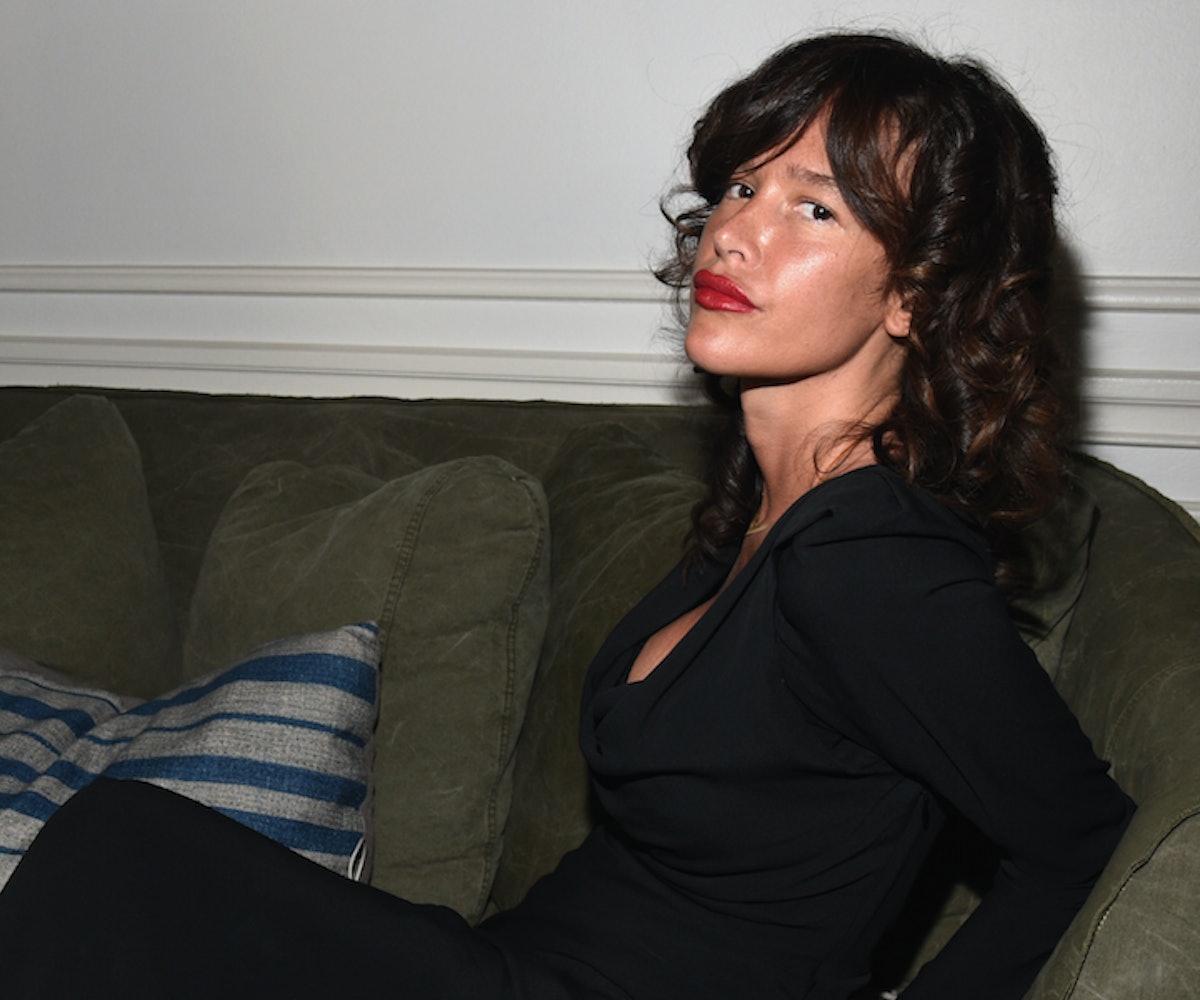 It's difficult to keep track of the various legal actions being taken against disgraced Hollywood media executive Harvey Weinstein, an exposé on whom launched the #MeToo movement and created a widespread backlash against a pervasive culture of sexual harassment in the entertainment industry. Amongst the scores of women coming forward with hideous stories of abuse perpetrated by Weinstein is actress Paz de la Huerta, who has accused the producer of raping her twice in 2010. Now, de la Huerta is filing a suit accusing Weinstein of attempting to gain information (including private psychiatric records) from her and for discouraging her from filing charges by interfering with her legal representation.

According to Vulture, the suit was taken out against Weinstein, the Weinstein Company, and attorney Michael F. Rubin. It was filed by her former attorney, Aaron Filler, although De La Huerta is now represented by attorney Carrie Goldberg. Rubin is specifically accused of interfering "by a series of harmful subterfuges, threats, and extortion demands, entirely outside the legitimate strictures of the legal system,” the suit reads. Filler filed the suit as a way to continue to put pressure on District Attorney Cyrus Vance, whose investigation of de la Huerta's rape accusations have been inexplicably slowed to a halt.

“In this plan, Rubin acted secretly to a) mislead De La Huerta into believing [Rubin] was supporting her case, while in fact he was working to b) ruinously expose her medical records to the public, c) convince her to proceed without any representation, and to d) withdraw her complaint against Weinstein, ” the suit continues. Rubin is thus accused of acting as “a specialist in the criminal defense of rapists," who "falsely and fraudulently offer[ed] his expertise to ‘help assure success’ in her criminal charges against Weinstein," telling her she had no case against Weinstein.

Through Rubin's alleged deception, Weinstein had attempted to gain access to psychological information about de la Huerta: “Importantly, this case also turns on the nearly successful efforts of Rubin to cause a waiver of de la Huerta’s patient-psychotherapist privilege and to gain personal possession of these records, thus releasing hundreds of pages of intensely personal details to the public,” the suit continues. “This sort of action–as Rubin and Weinstein both are likely aware–is exactly the reason why many woman will not seek criminal prosecution of a rapist. This included an effort by Rubin, to the benefit of Weinstein, to falsely represent himself as her attorney to attempt to gain control of the records, to attempt to cause de la Huerta to be unrepresented at a critical juncture, and to attempt to interfere with a proceeding in relation to a New York Grand Jury.”

The tactic of attempting to release private medical records to the public as a means of discouraging legal action has also been used by Dr. Luke against Kesha.

Weinstein has previously been accused of employing a plethora of shady tactics to keep his victims silent.

Rubin has denied any connection to Weinstein: “I never met Harvey Weinstein,” he said. “I had nothing but Paz de la Huerta’s interests in mind. This guy is upset he lost a potential client.”

Filler's firm plans on donating any damages gained from de la Huerta's suit to the Time’s Up campaign.