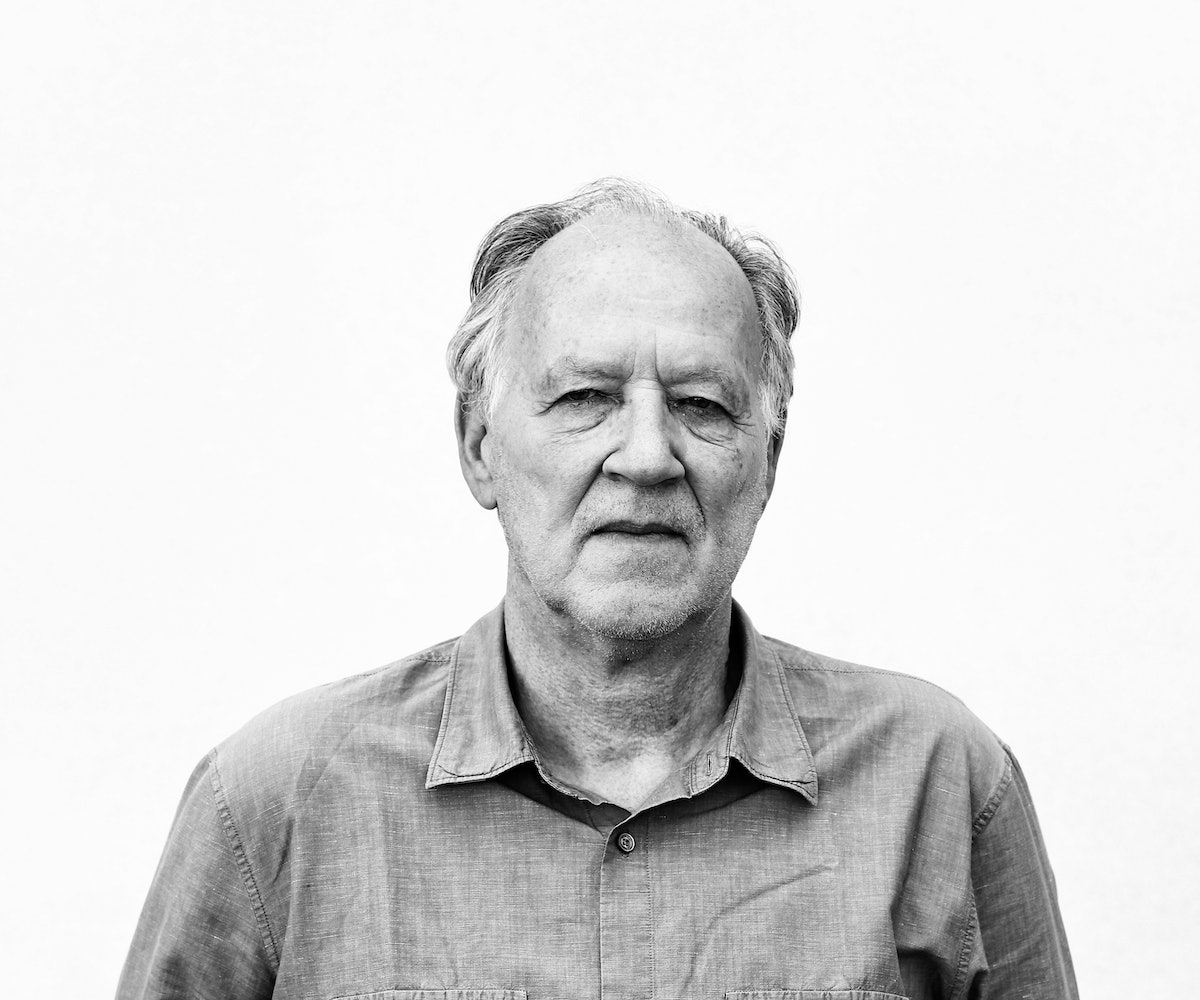 The weird thing about memes (well, one of the many weird things) is that they can come from anywhere: a comatose-looking halftime-show shark, a cat faintly resembling Adolf Hitler, or even a German master filmmaker globally renowned for his colossally ambitious fiction films and existentially penetrating documentaries alike. In recent years, some of the more absurdist-friendly online circles have conspired to turn that filmmaker, the living legend Werner Herzog, into a parody of himself. Refashioning his distinctively bleak voice-over narration as Dada fortune cookies about the brutal senselessness of life is an easy way to score a laugh, but it threatens to obscure the reason Herzog’s grown into a mythical figure in the first place.

He returned in grand fashion last year with three new films scoring high-profile festival debuts. His documentary Into the Inferno plumbed the depths of an active volcano, the bio-drama Queen of the Desert chronicled the life and times of adventurer Gertrude Bell, and Salt and Fire completed the hat trick with an eco-terrorism thriller set on the endless arid salt flats of Bolivia. The latter two films got an unlikely simultaneous theatrical release this weekend, providing audiences with a double reminder of why he commands worldwide esteem. Over the course of an extremely surreal phone call, Herzog discussed the potential hazards of solar flares, how his ideas burgle his mind-home, and the Twitter users pretending to write letters to his cleaning lady.

A lot of your recent films have concerned natural disasters, and nature’s potential to cause damage. In a general sense, do you believe that Earth is trying to reject the people living on it?

"That sounds interesting. It may be that when we are doing silly things on this planet, it is instinct to reject us. We shouldn’t get too much into a mood of doomsday, because we are still doing fine here. But we have to be vigilant, as volcanoes can be a threat when there is a huge eruption—something that only happens every 15,000 years. It would darken the skies for a whole decade. That would be, uh, really bad for us. But destruction could come as anything else: microbes are after us, solar flares could put out the internet, which would be real trouble. We’re too connected to and dependent on the internet now. Distribution of food and water supplies, financial transactions, this would all disappear if solar flares were to knock out the internet."

So man-made forces are just as susceptible to catastrophe?

"We shouldn’t be in catastrophe mode. Yes, there are certain things that are after us, but they are after animals as well. Microbes, for example, would be pleased to have either of us as a host."

Do you think people are overly concerned about a dark future, then?

"I do think there’s too much doomsday moody-brooding. Particularly in highly civilized countries like America, Japan, some in Europe. Salt and Fire’s just a fine story, about a mysterious hostage-taking. A story’s a story. You can overload a film with meaning and messages. [Salt and Fire] is avoiding that, thank God. It’s that kind of film I do not want to see. What’s a little bit different is that much of what you see nowadays is very predictable, but in Salt and Fire, you don’t know what you’re going to see next."

What is it that draws people toward ideas of apocalypse? What makes that so easy to fixate on?

Are you at all aware of your own presence on the internet, or the way you’re represented online by other people?

"Yes, I am aware, even though I cannot access some of it. I do not have a Facebook account. There are impostors of me on Twitter, which [are] fake. They’re invented, pretending to be me, voice imitators. Some give advice. Some falsify crazy letters from me to my cleaning lady. There’s an abundance of secondary lives out there in the internet. It is inevitable because representation of self is different nowadays. It’s a representation embellished, stylized, a fake self. We have to get accustomed to that fact. The internet is a new creature that has created its own rules and quirks and crazes. But that’s okay, it doesn’t bother me. I keep saying, all the impostors out there are my unpaid bodyguards, doing battle for me."

You shot in vast, forbidding salt flats for this picture. Does that extreme climate have any adverse effects on the human body?

"No, it’s very healthy to be in an environment of extremity. It helps with respiratory problems, for example. I don’t care, I’m a filmmaker, I’m looking for a spectacular location. I’m looking for something like outer space, like science fiction, that’s the only reason I’m a filmmaker. The amount of open space, the kind of solitude, knowing you can’t walk out of it—that drew me to it. It’s not unfriendly at all, we shot in areas where car companies do speed trials. The only thing that was a little bit unfriendly was the altitude. We were shooting at something like 12, 13 thousand feet. We had a few cases where people got woozy."

As you progress through your career, have you consciously challenged yourself to go places you haven’t dared to go before? Is there an impulse to challenge yourself as life goes on?

"Not really. I might do a film which takes place only in hotel rooms, so it’s not essential that I go to far-out places. In this case, it was natural. It was clear that it would be a stylized location, but it could have been as close as Utah. There’s a strange beauty and poetry about the salt flats. There are mysterious hexagonal lines on top of the salt. I must say, I’ve never seen anything nearly as beautiful as that when it comes to natural places. When I’m there, I know I’m at the right place for doing this movie."

You directed three films in 2016 alone—have you been feeling fixated on work lately?

"No, not really. I love what I do, and that means not only shooting on location, but writing the screenplays, editing, even acting in films. It gives me great joy, anything connected to cinema. I have two films coming on the same day now, which is a crazy coincidence. It seems very weird to imagine—think of two films by Scorsese, released the same day theatrically. Doesn’t it sound weird? I’ll keep my fingers crossed and hope that the films do not obliterate each other. But I cannot refuse this working pace. Movies come to me like uninvited guests, or like burglars in the night. All of a sudden you hear something stirring in the home of your mind, and you get up at three in the morning and find five burglars in your kitchen. So what do you do? You have to deal with them, even when they come swinging at you."