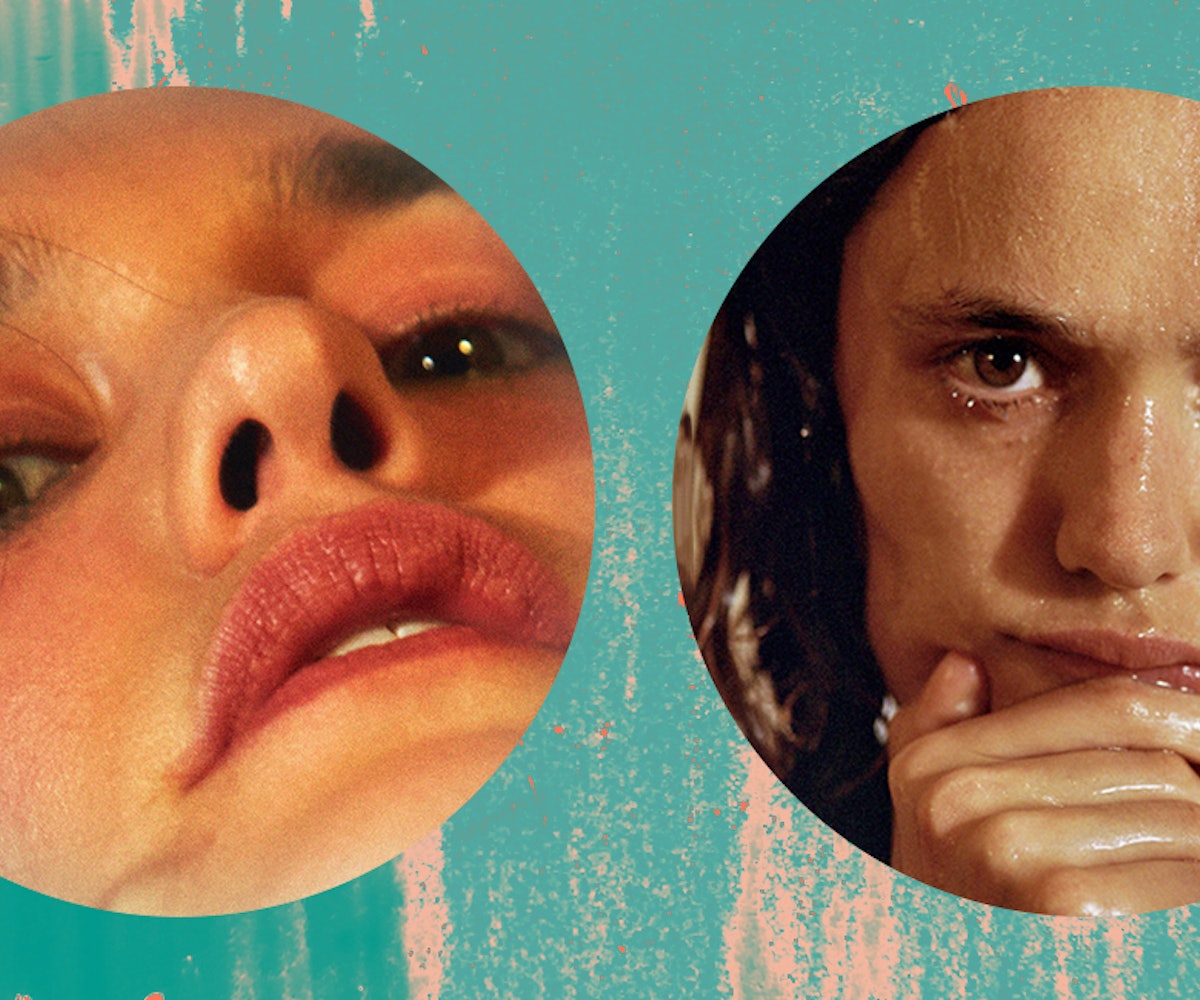 Being an artist during tumultuous times is a unique responsibility. You have to be outspoken. You must use your platform for good. And you have an implicit mandate to make art that reflects the turmoil we're experiencing.

Kelly Zutrau of Wet knows this responsibility all too well. And yet, it's one of the reasons why she and her bandmate Joe Valle decided to step away from their normally melancholic sounds and put out their most upbeat record to date. By doing so, they wanted to prove that creating celebratory and joyous music during dark times is not insensitive—it's necessary.

"Sometimes when things are really dark, you look for joy in whatever places you can find them," she tells me over the phone. "Even creating three minutes of something feeling good and positive for someone has an effect on the landscape of things."

The band's newly released album, Still Run, feels like inhaling the sun. It not only shows fans a different side of Wet—one that's less slow-burning and more fiery and energetic—but will, for maybe the first time in a long time, make you feel seen.

Stream the album and read our interview with Zutrau, below.

How was your experience in recording this album over your previous works?

The last album was made so differently. It was over such a long period of time and it finally came out. It was received well and we toured and everything. It went well, but I think a part of me was really anxious to get back in the studio and kind of keep pushing the sound. I was happy with the first album, but there were a lot of things, as soon as it came out, that I wanted to change and that I thought could be better. I'm excited to keep putting music out. I kind of started writing this new album as soon as we were done with the first one. So, yeah it was exciting to get back in the studio.

The album sounds slightly more optimistic than the past ones. Was this change in sound done intentionally?

Yeah! We toured the last album a lot, and it's pretty slow. We realized that playing slow songs every night on the tour was the goal, but something we had in mind when we were making this album was that it would be fun to have some more upbeat songs to play live. I feel like it was a challenge. I wanted to try and make an upbeat song and have it still sound like Wet. It also felt like the world was kind of falling apart while we were making this album. There were so many bad things happening in our country that it felt important to have the album be uplifting in some ways and fun and not just miserable.

The last time we talked to you, you said that Erik Satie helped get you in the zone while recording the new album. Has any other musician or album inspired some the making of it?

I just find [Satie's] music very calming and it immediately makes me feel like I'm hearing the human experience. It feels so sad and happy and reflective and all these things at the same time. I find it really inspiring, and it makes me want to write music. I've also been listening to a lot of Nina Simone recently and Stevie Wonder, and really epic songwriters. That definitely makes me want to be a better writer when I hear writing like that. Also, Fiona Apple. I've always really loved her music, and it's so specific. She's created such a world that's her own. I love listening to her music. That inspires me. Often, piano-driven music or, like, just piano really brings stuff up for me.

One of my favorite songs off the album is “Lately." I know you’re a huge fan of R&B, so I have to ask, was the song inspired by the Janet Jackson song at all?

No, I didn't know that song existed! I know that sounds kind of crazy. Actually, once I finished the song, my friend Ross, was like, "You have to change those lyrics," and showed me the song. It's so different though, but it is the same words. I was a little nervous, but then I saw that there are actually a lot of songs that have that line and that are called "What Have You Done For Me Lately," and I felt it's kind of such a universal saying that my take on it was different enough that it wouldn't be a thing.

What do you want fans to take away from this new album?

I want there to be range. I want it to be able to be a song you can listen to in the car on a sunny day, but also listen to at night alone in your room when you're feeling bad. I felt like it was important for it to be a little more dynamic than the last one and have different moments that felt different, like differently emotional tones. I think when I'm writing generally, and with the production, our goal is to make things feel universal and like they could be accessed by lots of different kinds of people so that's it's not too specific to one genre or anything. That just kind of happens naturally because both me and Joe are interested in a lot of different kinds of music and really like easy pop music. I guess we're just trying to make something that could be listened to if you were dancing or alone in your room. We were just trying to make something be a little more dynamic and be for wherever the listener was at.

I'm really proud that we made it through this tumultuous time for us on a personal level, and the band had a lot of changes, that we got a second album together and it's an album I feel really good about and Joe feels really good about. I think it's some of Joe's best production that he's ever done and I think the writing is also getting better—I hope it's getting better. It's getting closer to saying something that feels real to me, and that is a good step in the right direction. I'm ready to make the third album, and I really want to get it even closer. There are little moments on Still Run where I feel like I hit on something lyrically that surprised me and feels really true. Those are the moments you are looking for and I really want to do more of that. I want to focus in on that. I feel like when I listen to Frank Ocean's music, every lyric is one of those moments. It's revelatory, groundbreaking. I don't know any lyrics like that and we'll never be on that level, but it's some to strive for.

I think we just really want to keep putting music out. I think we're planning on releasing a lot more music as soon as possible and not just staying within the confines of an album. I think we're really psyched to put this album out and then we just want to keep having music come out. Yeah, we want to tour. We have a really exciting opening tour that's going to be announced next week in the U.K. Yeah, I think just keeping on playing and keeping on making music and putting it out is all we can really do.