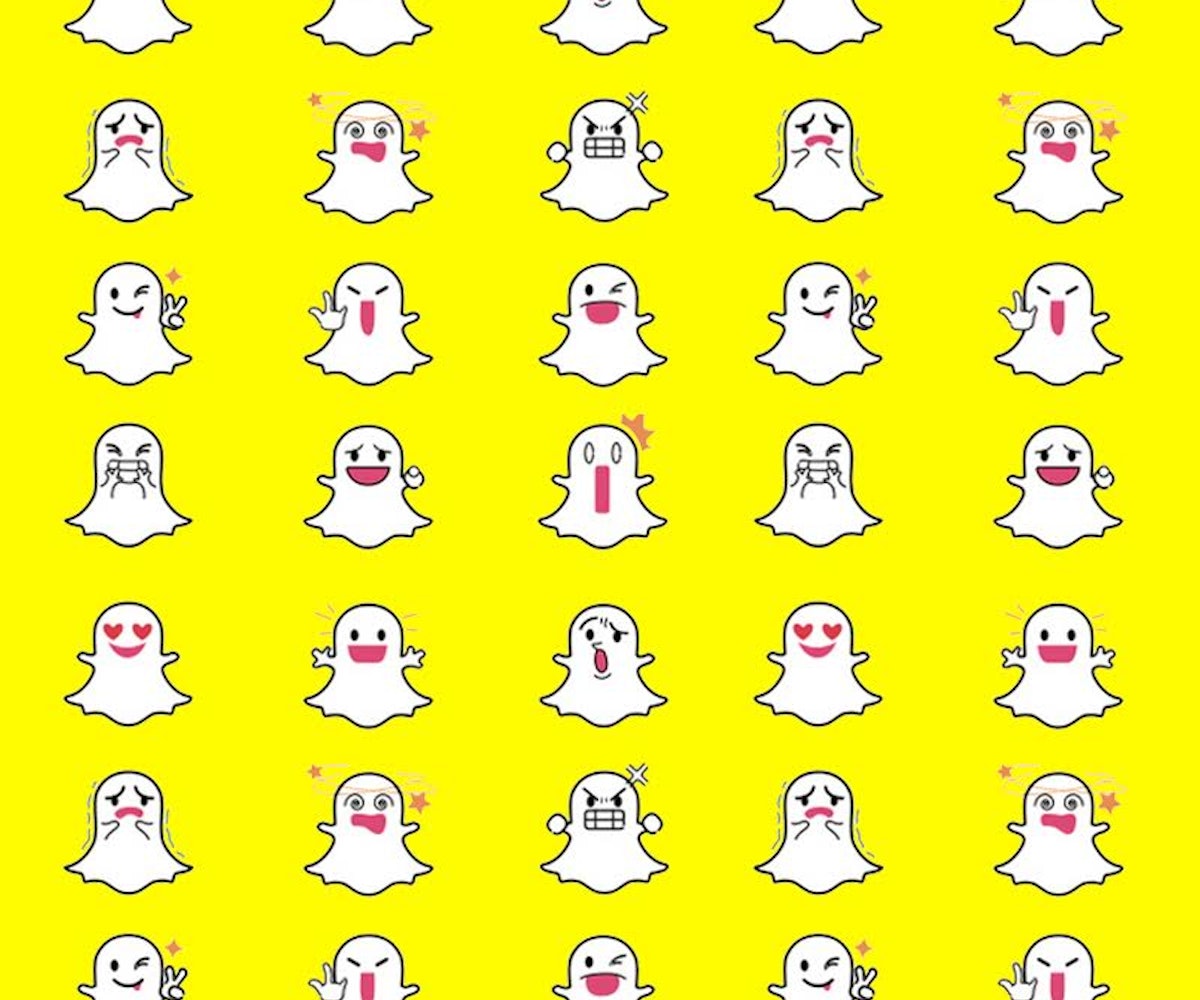 If there’s one thing we collectively excel at, it’s attaching fame to things. We identify writers and comedians as “Twitter famous.” We dedicate Tumblrs to notorious Instagram personalities. And most recently, we’ve been given a glimpse into the life of Harry Hudson—the 22-year-old friend of Kylie Jenner whose presence on her Snapchat has elevated him to near-Kardashian levels of recognition. So, Snap stars are real. But unlike their social media-famous predecessors, their prerequisites differ hugely.

Snapchat is rare (and beautiful) in that its content is largely temporary, followers are kept hidden, and it’s nowhere near as curated as the likes of Twitter and Instagram, which anchor and tend to define a user’s “online presence.” So, Snapchat is frivolous and fun and ridiculous. It sees us spending way too much time (just kidding: there’s no such thing) affixing puppy dog filters to our faces or documenting our meals, nights out, or day-to-day boredom with onscreen Emojis, music, or voice-overs. It appeases our inner narcissists in the way camcorders from the nineties (#Vintage) once did: it documents our lives without giving us a chance to over-filter or curate. And then, uniquely, it goes on to delete our pasts as we keep moving forward—which arguably prevents us from overindulging in who we were or what we captured. (Unlike Instagram or old videos, which let us study and overanalyze what we said, did, or wore.)

So then what makes a Snap star? Without a body of work to look back and reflect on, how do we size up celebrities as bankable Snapchat personalities? Especially since we can’t measure their followers. We know Kylie Jenner has a ton, but that’s also just an assumption. (For all we know she could have 12—which, for the record, would be the greatest troll of all, even though I know I’m sadly mistaken.)

Which means that Snapchat celebrities rely on old-fashioned word-of-mouth. And that’s ironic for an app rooted in social media (and also still fumbling through what is/isn’t socially acceptable, like a digital newborn baby). This week, Jenner came under fire for her use of the Bob Marley filter—a tasteless and confusing choice Snapchat featured in “celebration” of 4/20—while Ariana Grande made the news for previewing her collaboration with Nicki Minaj. (Then, on the flip side, Victoria Beckham made headlines for her inability to use a Snapchat app.) So in this way, Snap celebrities echo the trajectory of “regular” celebrity: if we’re talking about you, you’re somebody special. But you’re especially special if we’re copying you as well.

We’ve all translated our appreciation for a celebrity by mimicking their style, their hair, their makeup, and even their approach to social media and/or to life. (See: the months I wore pigtails in grade seven, trying to look like Emma Bunton.) But unlike the way we’ve previously approached day-to-day trends, Facebook, Twitter, and even Instagram, Snapchat gives us a quicker route to whomever’s life we’re currently into. Now, we see celebrities getting ready. We see them in the car, driving around. We see them getting their hair done, or hanging out with friends and/or significant others. We see them screwing around with filters the way we do when we have better things to. And seeing these things tells us that our favourite celebrities are closer to being like we are than we previously thought—especially in moments of being directly addressed by them. And this instils a sense of friendship social media outlets haven’t given us before. So, the way you would with new friends in general, you begin to borrow from someone’s aesthetic or speech patterns or even the way they shoot their Snaps. And the more someone’s influence spreads on social media and in real life, the bigger the Snap star they become. I mean, I can’t be the only person who’s complimented a friend by saying “your Snaps are just like [so-and-so’s].”

Plus, copycat culture is a testament to a person’s Snapchat strength. Snaps are voyeuristic and hardly curated—they’re like a mini reality show with no editor or dramatic interludes. And then after 24 hours they’re gone forever. However, Instagram and Twitter are for life. They’re a tapestry, not a temporary keyhole glimpse into someone’s life, and they’re meant to paint a bigger picture that works to convince more and more people to sit down and stay awhile. Snapchat doesn’t afford that luxury—you have to hook users in a matter of seconds. So to not just convince viewers to stay but to convince them to adopt a particular style, tone of voice, or approach to Snap is a feat, one that solidifies the user as a straight-up Snapchat star.

And the more you Snap, the more famous you get (obviously). But while Kylie Jenner, Gigi Hadid, Austin Mahone, Cody Simpson, Tori Kelly, and DJ Khaled are hardly up-and-comers, their Snapchat offerings have become cultural talking points, solidifying them not just as stars of their industries, but stars of this medium. Especially as their influence extends outward: Harry Hudson’s profile was boosted by his presence on Kylie Jenner’s Snapchat and DJ Khaled’s friends have become fixtures of his stories, too. In this way, Snapchat is like a celebrity relay race: stars feature pals and pass the social media baton, and then those friends go on to establish themselves in their own right, or at least become recognizable.

And yes, this sounds exhausting. After all, who cares about Snapchat stars? Who needs another extension of celebrity? Well, we’ve proven that we do. Or at least that we’re willing to entertain it by participating in Snap culture and experimenting with it in our own right. We have to recognize that Snapchat is a medium that’s currently thriving among teens and 20-somethings, implying its cultural relevance. So perhaps the most interesting thing about Snapchat stars is how they seem so close to us. And while their influence continues to grow via Lip Kits or Beyoncé tour openings, they still send the message that Snapchat fame is for everyone—or at least the promise of it, provided you just keep Snapping.