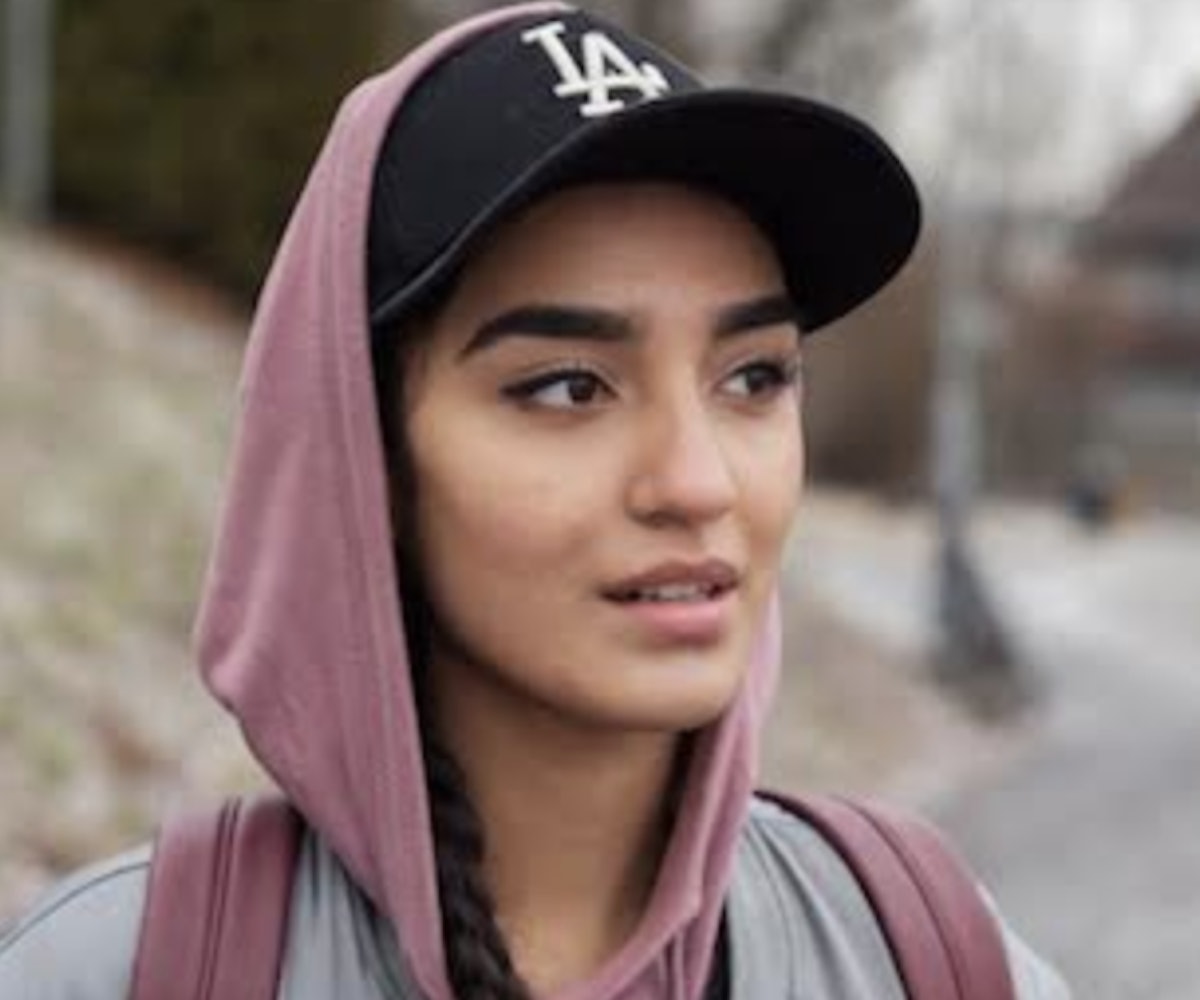 Children of immigrants have a unique experience as they grow up: a heightened level of parental expectation, a misalignment of ideals, and the ever-present burden of “what will everyone else think?” The stakes feel much higher for first-generation residents of a new country, and this is what Norwegian filmmaker Iram Haq sought to explore with her moving sophomore film, What Will People Say.

This push-and-pull between old and new worlds is what forms the basis of the film, which follows the story of Nisha, a Norwegian teen sent to her parents' home country of Pakistan after being discovered with a boy in her room. Based of Haq’s own experience of being kidnapped by her parents and forced to live in Pakistan with relatives, it’s a film that juggles the expectations of being a dutiful daughter with a young woman’s innate desire to just live her life. However, What Will People Say is also a work spurred by her recognition of how unproductive her parents’ rigid line of thinking was—and that’s something Haq is eager to emphasize. In honor of the U.S. premiere of What Will People Say, NYLON spoke with Haq about making her most personal film yet, what her family thought, and why she wanted to open, as she put it, a “Pandora’s box” of emotion for this film. Read our Q&A, below, to find out more.

How close is this story to your own life?

This film is inspired by my own experience. My story is fictionalized, but I was born and grew up in Norway. And when I was a teenager, I was kidnapped [and taken] to Pakistan. There are several similarities, but it’s [not the same as my] story. I used a lot of what I went through in the movie though.

So making this film reopened old wounds for you?

Yeah, it was hard. This was a story I really wanted to tell for a very long time. It took me a long time to get the courage to tell this story. I was also fussing with how to tell it and from what point of view. Because I always wanted to understand the parents' view as well. As much as I understood Nisha's point of view—since it was mine—and many other girls'... [I felt like there was more].

But this happens in so many places around the world. When I was going to make this movie, I was like, Okay, this is a story, that is not necessary to tell anymore. It's something that just happened in the '90s. Then I did a little research and I found out that [things like this and honor killings] are things that happen still. I felt like this was an important story to tell, because it's not just my story. It is something that happens, and we need to get rid of these kinds of problems.

Of course, it was really hard to dig into, to open this Pandora's box and relive all the trauma that I went through when I was young and had to use to tell this story.

Can you tell me a little bit more about your findings?

Social control [plays into it all on] so many levels. Some girls have people spying on them—seeing what they are doing, what they're wearing, how they're acting, who they are with, and all that—that’s everyday life. Then you have, of course, the girls who get killed. I can't say exact numbers, but I know this happens. It even happened in Italy a few months ago. A girl got killed by her family. And you have some girls—like, I was one of them—who get sent to their parents' home country. I stayed with my father's family.

What did your parents think about you making this film?

The interesting thing was that I wasn't [really] in touch with my family for many years. [The kidnapping] happened over 25 years ago for me. But my father, he fell ill a few years ago, while I was writing the script. I felt like I should go and visit him since he was so old. He had cancer, and he was going to die.

He said sorry for everything he did to me. That really changed a lot. So my script changed, because I got some answers. [The movie gives] his point of view, too, his fear. I started to learn who he was and why he acted the way he did when I was a young girl. That also became an ethical problem for me. Like, Okay, how should I make this movie now? We're good friends.

So I told him that I wanted to make this movie. He said to me, "This is such an important film. You have to do it, and you have to tell people how evil people can be when they are full of fear." He supported me before he died. All of my family members have watched it in Norway, and they all are proud. I guess they learned something out of what happened that time.

It was really a big surprise for me that they took it so well… I was super afraid how they would react to this. I was so surprised and relieved, of course. That was maybe one of the best things about making this movie—that they could also learn and be proud of me for once.

It’s a different dynamic in every immigrant family, but what was yours like growing up?

I felt loyalty to my parents because I didn't want to hurt them, I didn't want to put them in a bad spot or make problems for them. On the other side, I really, really wanted to be a part of Norwegian society, where I was born and grew up. I wanted to be like every other kid. I was really torn in between those two worlds. Now I'm 42, and lately, I've been like, Now, I know much more who I am. I'm fine as what I am: a mix of cultures.

I noticed that Nisha gets really subdued and quiet over the course of the film. Was that a purposeful decision? To make it less dialogue-driven as it went along?

What happens through the film is, she's a very sweet, open-minded girl when she lives in Norway, and she knows how to handle the double life. She has no idea of how harsh the consequences will be if she gets caught with this boy in her room. After that, she gets really slowly put down, not slowly, pretty hard, many times. Every time she tried to raise her voice, it's a punishment waiting for her. That punishment is so painful that it's better to shut up and to just behave so you are accepted, instead of being thrown out of the little she has left.

What Will People Say is now playing at IFC Center in NYC. It opens in L.A. on August 3 at Laemmle’s Music Hall.