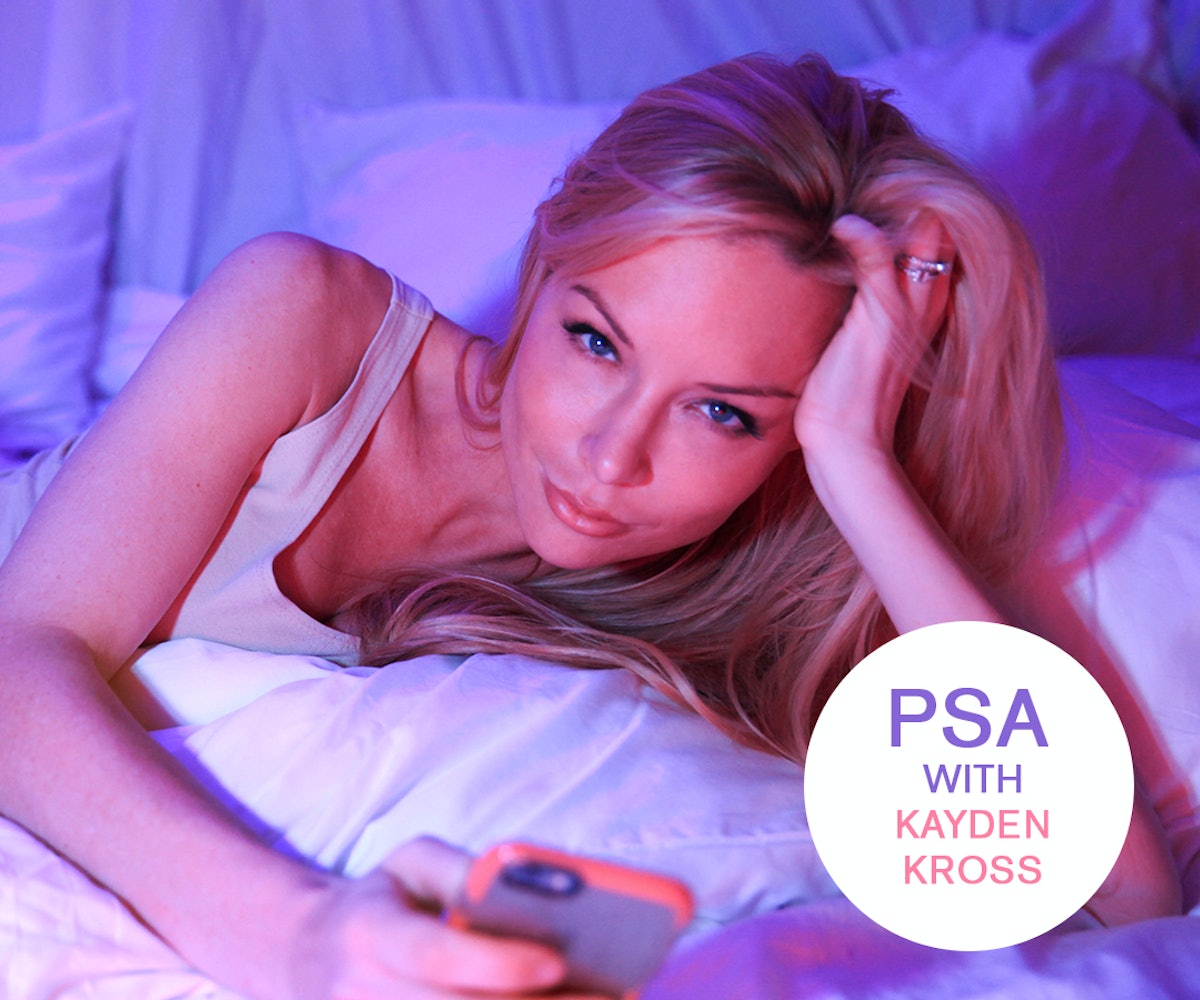 Question: I've been single for almost a year and have been in the dating scene on and off. While I have been having fun, I am having a bit of a conundrum in the bedroom/Catholic guilt department. I was taught to always inform your sexual partner of your status, but beyond that, how much sharing is too much sharing? Am I expected to tell my potential sexual partner that I am seeing other people in a sexual manner? What is the etiquette? I don't think boys will be interested in knowing I shared a bed with someone a week prior to meeting them, but I also feel as though I am hiding something from them.

First off, allow me to express my appreciation for a question like this. Personally, I’ve been on the fence in this department myself, and with the way our culture has been ramping up the casual sexuality, it’s hard to keep up on the constantly shifting etiquette. When I first came into the sex game, the going theory for women seemed to have been that if you were sexing up one person, you weren’t sexing up another. Because that’s how women were expected to behave, there was no conversation to be had. Granted, I may have lived in a bubble, but it was a big bubble, and I know a great number of women my age who remember that being the case.

Nowadays, the general case for men, women, or otherwise seems to be that you’re free to do what you want until both sides agree to a more specific relationship, and it’s either side’s prerogative to disclose—or not—in the meantime. I don’t think that’s quite fair. Partners who ask are often treated as “clingy” now, but the fact is, it’s not clingy. It’s a goddamn good question. When you’re bedding down a new person with any sort of frequency, I think it’s fair to want to know with what sort of frequency that sexual partner is engaging in other sexual adventures. For one, you have a right to know if your partner is behaving in risky ways, but also, frequent sex can breed emotions, and while that’s not exactly in vogue lately, it still does happen, and both sides have a right to know about how risky it is to let their guard down along with their pants.

The word here though is frequency. I believe that returning partners have rights that become stronger over time. Do I think you need to debrief a potential one-night stand? No. One-night stands know where they stand, or at least they should, considering those sorts of engagements are famous for expelling their counterparts in the morning with nary a name exchanged between the two. But do I think you should tell the guy who waited three dates to try to kiss you that he’s not the only one you’ve swapped fluids with this month? Yes. The point is, I think, the etiquette is subjective. If it appears important to a guy you have just started dating to not rush immediately to the bedroom, then it is probably important to him to know what other bedrooms you’ve been spending time in. On the other hand, if the bedroom is more obviously the end goal for a guy you’ve just met, then he would be rather silly to assume that if you are going to bed with him quickly that you are not also going to bed with other charming fellows should the whim strike. But regardless of how serious a potential partner may seem for the long term, I think 30 days is a reasonable hard line to operate within. If after 30 days of seeing a guy—and presumably sleeping with him—you intend to continue seeing said guy, I think it’s fair to mention, at least in passing, what your current sexual status is. If you let it go much longer and the man in question is operating under a wrong assumption, he might feel betrayed when he finds out further down the line.

Thirty days, though, is an admittedly arbitrary number. If what you’re trying to alleviate is your own discomfort, then just go with your gut and tell a guy what you feel you need to tell him when that 'dirty secret' feeling starts creeping up on you. In that past, I never felt like I was in a hurry to talk to the people I dated casually about what else I was doing in my personal life, but, at the same time, I preferred them to stay in the casual place I was keeping them. When I began seeing my current partner, I told him exactly what I’d been up to the first night I stayed over, and also cut off the other casual things I had going at the same time. If you need to be told that you don’t owe a casual partner anything, so that you won’t feel guilt in not telling them about these aspects of your personal life immediately, then I am here to tell you that you absolutely are not hiding something by not disclosing everything on the first date. But if you are seeing someone with whom you feel a better connection than you normally have at this juncture, and the guilt is specific to this situation, then get it off your chest now. Intuition will tell you when there is an exceptional circumstance, and until then, it’s 2017 and you have no obligation to explain your vagina or what it’s been doing to a practical stranger, whether he’s been invited to the party or not.