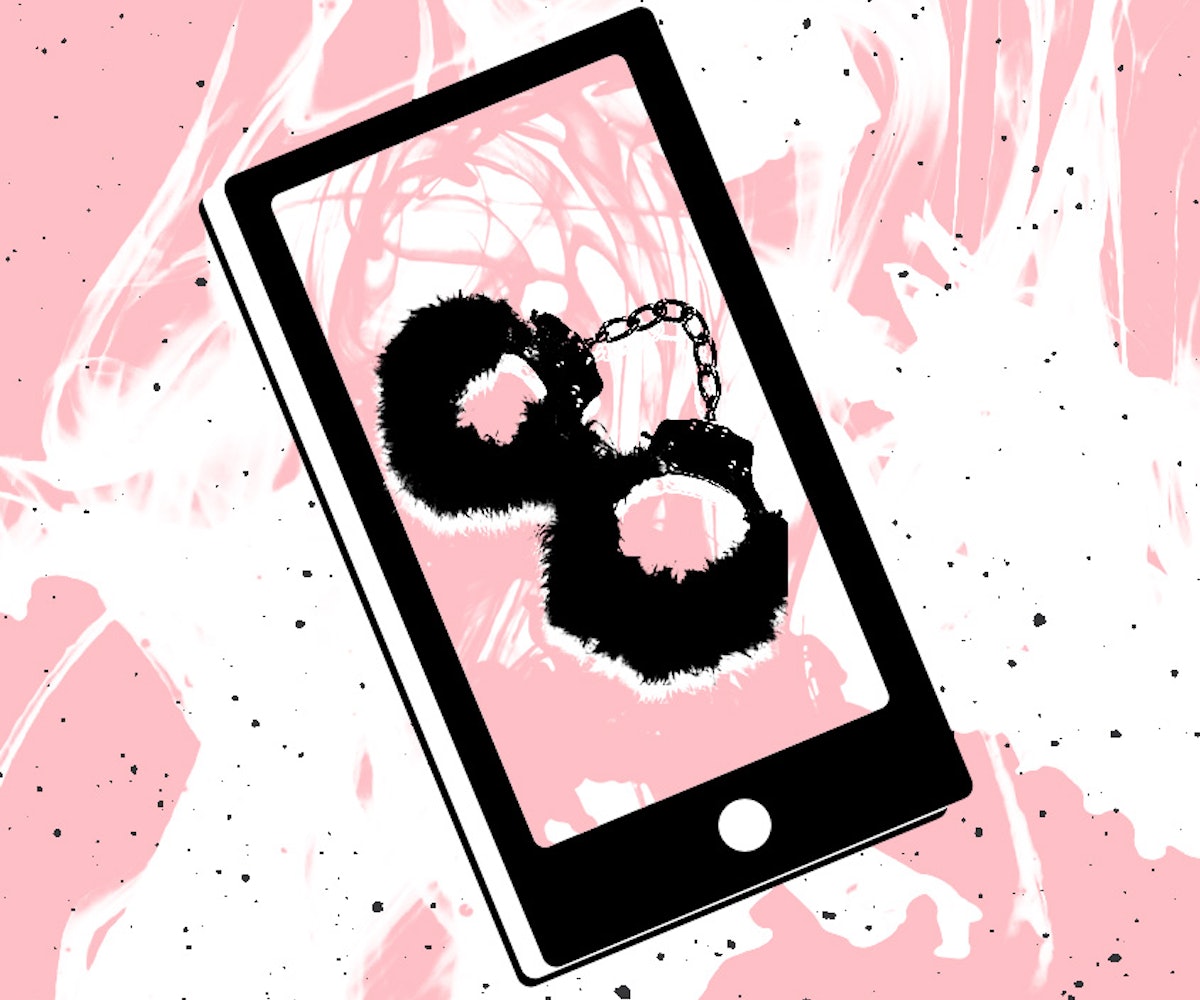 If you're looking to turn your life into 50 Shades, (minus the dubious emotional abuse, bad acting, lip biting, and various feminist existential crises) there's an app for that, and it launched today. Called Whiplr, the BDSM-themed app aims to take advantage of the world's current collective spanking fantasy. It connects users with similar "interests" (read: kinks and fetishes) and helps beginners figure out what they're interested in. It's unabashedly inspired by the work of E.L. James, literally encouraging users to "embark on your own 50 Shades Of Grey journey."

Despite its sex-based content, Whiplr's interface is relatively vanilla. User profiles have to be SFW, and messages aren't saved. You can message or video chat other people, and there's supposedly no pressure to meet up in real life: It's a safe space to explore a fantasy with a play partner. However, Whiplr is location-based, so if you wanted to meet up, it wouldn't be impossible.

NEXT UP
Beauty
This Hailey Bieber-Approved Blush Now Comes In 4 New Shades
Beauty
No One Does #PamCore Beauty Better Than Pamela Anderson, Herself
Fashion
Collina Strada & Vans Team Up For A Chiller-Friendly Collection
A Night Out
A Night Out With Rachel Bilson
Style + Culture, delivered straight to your inbox.