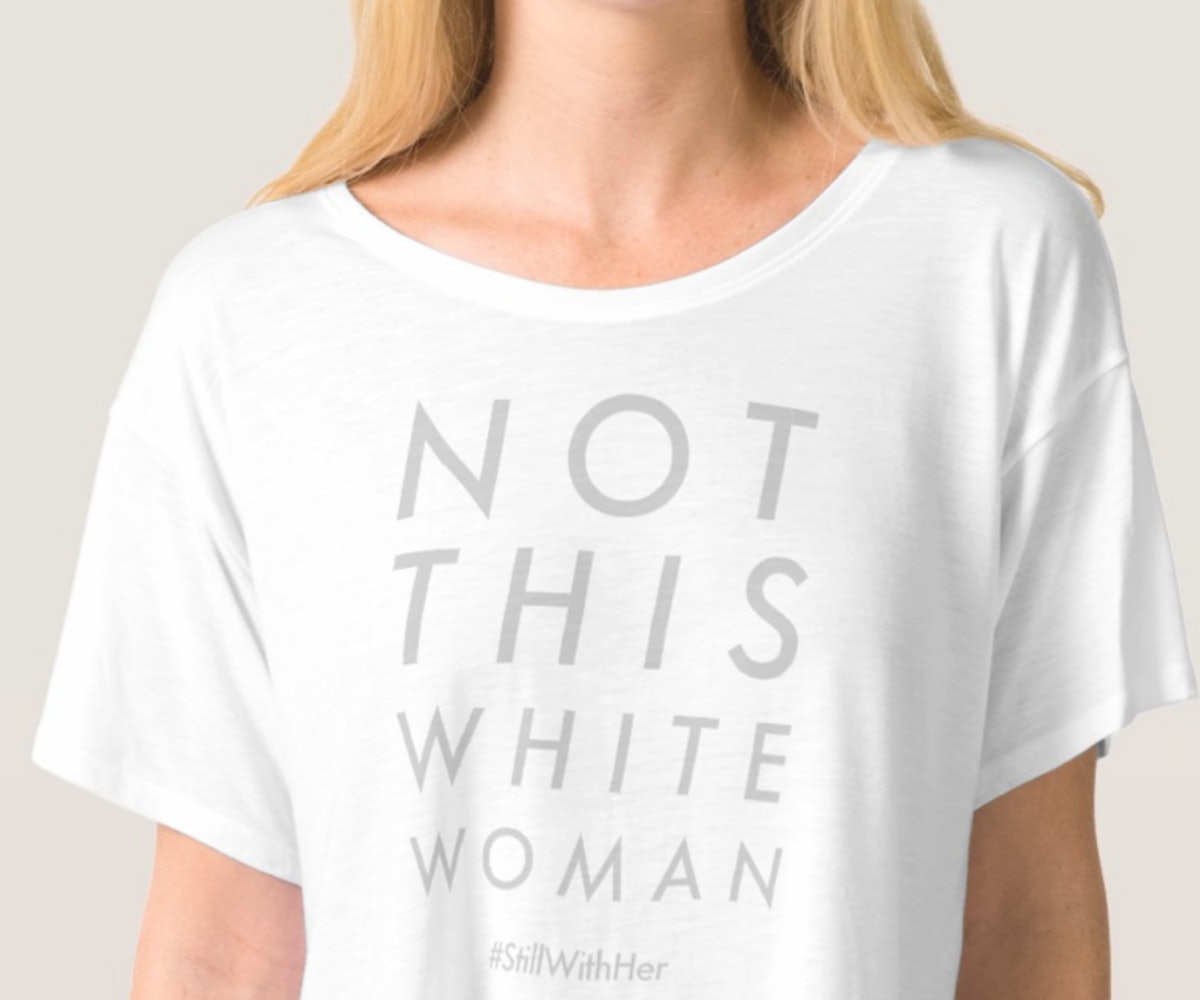 If you're a white woman for whom sporting a safety pin is not a loud enough way of broadcasting how woke you are, guess what, you're in luck. There's now a T-shirt line whose purpose is to let the world know that you're not just a regular white woman, you're a cool white woman.

As reported by Fast Co., two "ad creatives" by the names of Michelle Hirschberg and Karen Land Short have launched a clothing line called Not This White Woman, which features T-shirts, mugs, and pins that say, "Not This White Woman" and "#StillWithHer." Hirschberg and Short have said that they're donating 100 percent of the "royalties" from the sales to Planned Parenthood, and while we totally support money going to Planned Parenthood and everything, we also think this project is ill-conceived and indicative of the absolute worst kind of performative white wokeness, the kind that makes us, frankly, angry.

Here’s the thing, white women who want to make sure they're still liked, even though the majority of white women in America who voted did so for Donald Trump, this isn't about you. The fact that your first inclination is to try and prove to strangers that you're one of the "good" ones automatically disqualifies you from being all that good. All that it indicates is that you have a borderline pathological need to be absolved for the acts of other people. And who exactly is it that you're asking empathy and understanding from? Oh, from historically oppressed and currently marginalized groups who have way better things to think about than forgiving your sorry self? Ding ding ding.

I get it that it's terrible to feel like you're sharing in a group's collective shame for which you're not technically responsible. But guess what? It's not really about your technical responsibility. Because while we're getting technical here, let's make sure to remember that this shirt only serves to highlight your white woman privilege by broadcasting to the world that you are a white woman, but, like, a good one. Ew! If you really want to show that you still support Hillary, then, I don't know, wear a Hillary shirt. Not one that has the words "White Woman" written across the chest. And if you want your clothing choices to benefit Planned Parenthood, buy a shirt from Planned Parenthood! Or just set up a recurring monthly donation. It's easy! And you won't look like a fool while doing it.