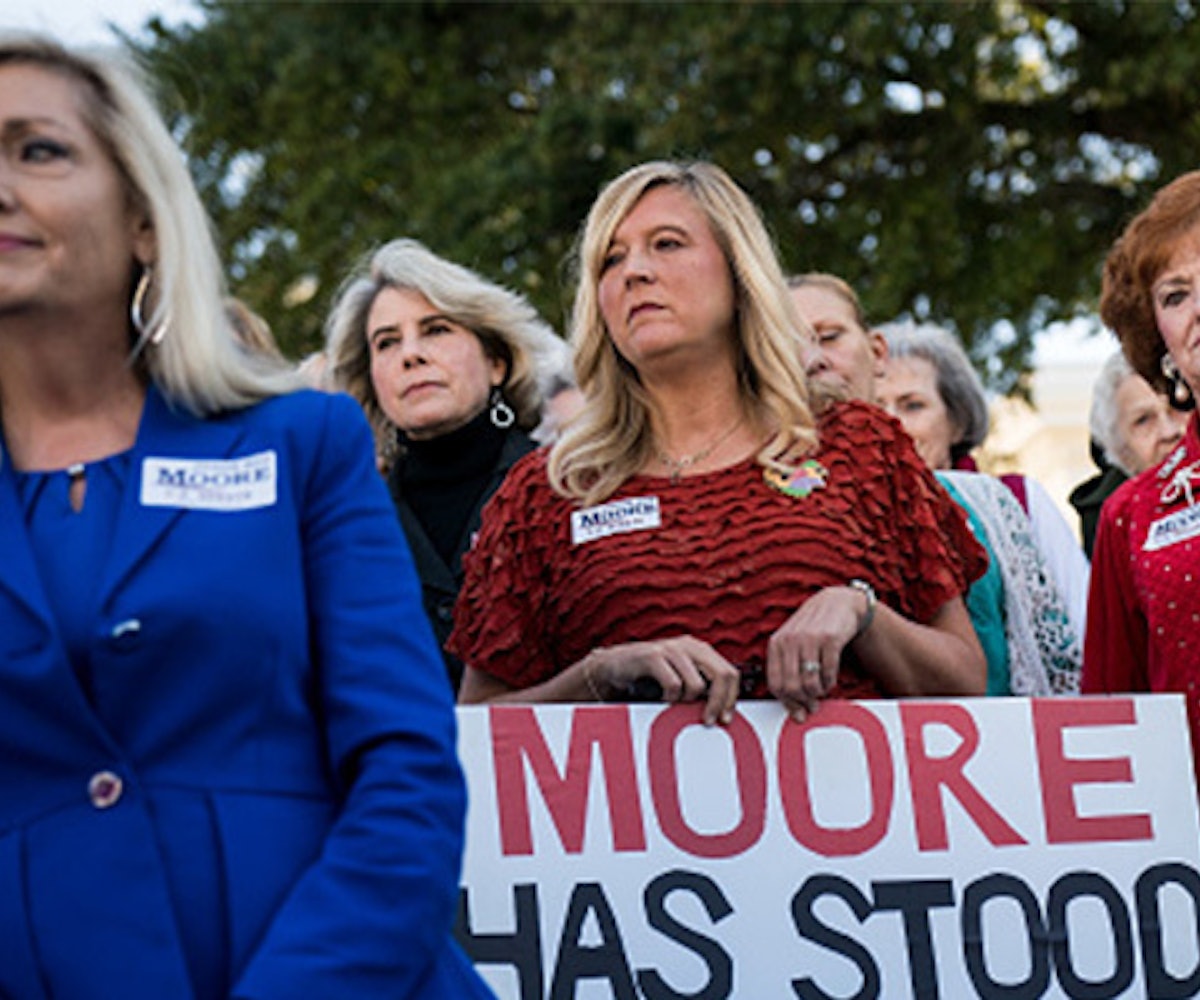 Democrat Doug Jones narrowly beat conservative Republican Roy Moore in the Alabama special election for Senate last night—no thanks to Alabama's white women. According to CNN's exit polls, just 34 percent of white women voted for Jones. Meaning, more than 60 percent went to the polls and cast their ballot for an alleged pedophile, who wants to make all forms of abortion in the United States illegal. They voted for a man who blamed the downfall of America on gay people and laments the days of slavery. We almost had yet another predatory racist in office because of white women—and, of course, white men.

It's this same kind of mentality that led to the election of Donald Trump. Sixty-four percent of non-college educated white women voted for Trump, whereas 95 percent of black women voted for Hillary Clinton. On the one hand, this isn't surprising, because white women have a long history of voting against women's rights, on the other, it is because we will never stop being horrified at the intractability of the white supremacist patriarchy, even within a population that would benefit from its overthrow.

Luckily, this go-round, the white majority did not get what it wanted. Black women, specifically, turned out to vote in huge numbers, which is all the more impressive considering the many ways in which black people in Alabama (and across America) have been impeded in their efforts to vote. Impressive, but not surprising: "Black women have been attempting to save America since the dawn of time," Democratic strategist Symone Sanders told Newsweek.

However, Sanders continued, "That doesn't mean we should allow the fate of America to be laid at the feet of black women—it has to be a multicultural effort."

While we should all be thanking black women for saving us from another monster in the Senate, it's important to do a lot more than just thank them. We should be supporting them, voting for them, following them. We also need to remember, white women, that they didn't do this for us. They did this for themselves. They know what it means to vote in their best interests, something all too many white women seem to be confused about.