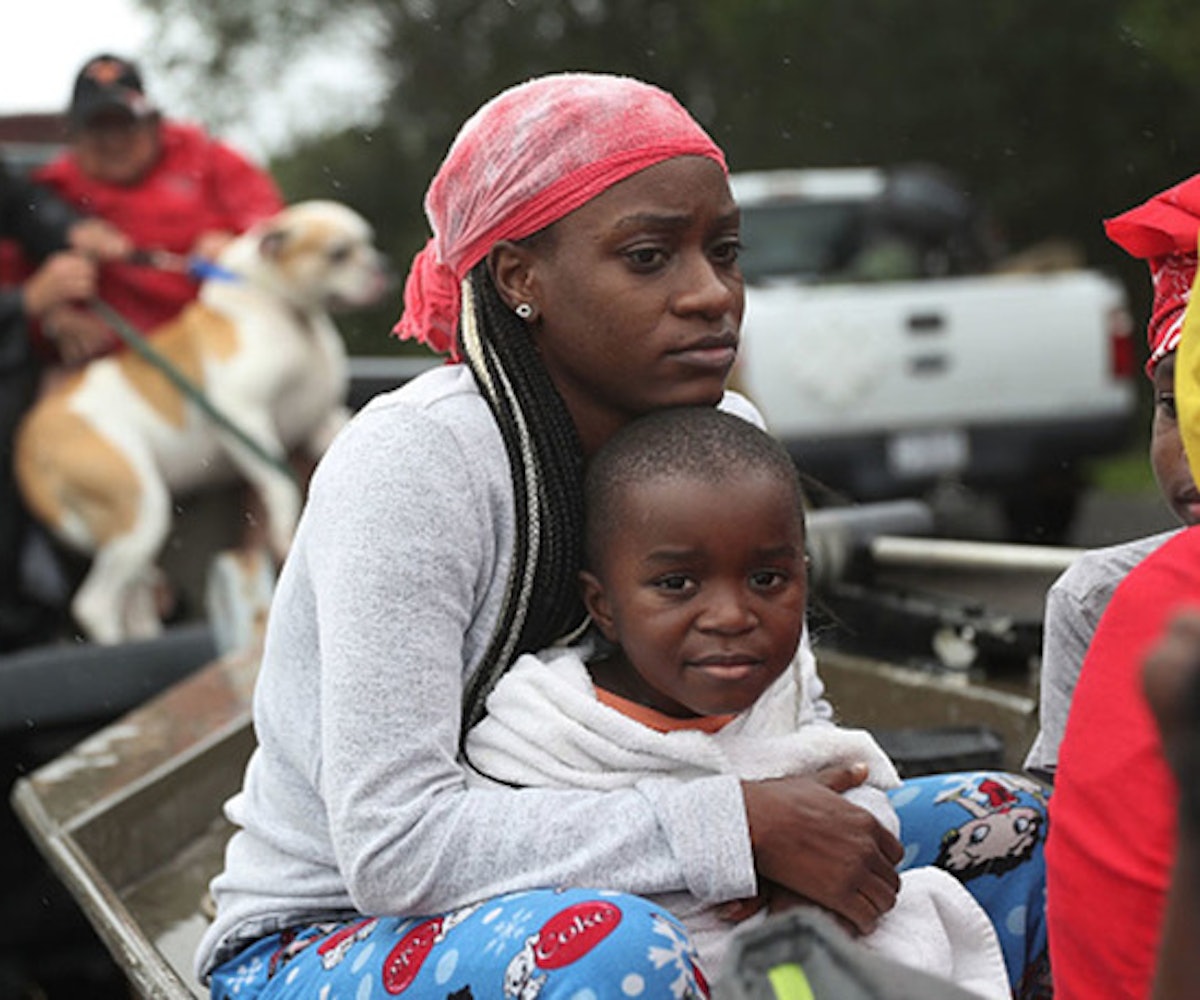 One clinic in Texas, Whole Woman's Health, is providing free abortions to those whose lives have been disrupted by Hurricane Harvey, Jezebel reports. This is the same clinic that won the Supreme Court case against extremely restrictive abortion laws in Texas.

On the organization's blog, Whole Woman's Health explained they will handle travel and lodging costs in addition to the procedure. The offer extends through September, and those in need can go to any of their locations in Austin, San Antonio, McAllen, and Fort Worth.

"There are already so many barriers to access this necessary procedure, and natural disasters stand in the way of women getting to their appointment and/or being able to afford care," the clinic wrote. "During Hurricane Harvey, many of the clinics in Houston had to close temporarily, leaving women with very few options. Continued political attacks on abortion access make an unwanted pregnancy particularly stressful in Texas – add that to the stress of dealing with hurricane aftermath."

Whole Woman's Health is working with Lilith Fund, which raises money for Texan women who need abortions, and the organization's own Stigma Relief Fund, in order to fund the procedures and other costs.

“In 2016, 44 percent of our clients lived in the Houston metro area, the majority of whom were people of color. Like with any natural disaster, we know that low-income communities of color are hit the hardest due to lack of necessary resources,” the executive director of the Lilith Fund in Texas, Amanda Williams, told ThinkProgress. “These communities need our collective support.”

Considering many women are unable to afford an abortion under normal circumstances, a natural disaster only makes it harder for them to access those services. "Roads are closed, families have to evacuate and lose all their belongings, and it’s difficult to access healthcare," the board vice president of the Central Florida Women’s Emergency Fund, Stephanie Loraine, told ThinkProgress. "The need for abortion doesn’t go away, thus abortion funds are the bridge connecting folks to critical care especially with the clock ticking on gestational limits."

Loraine stressed that those hit the hardest are poor people of color "who are already disproportionately impacted by natural disasters due to redlining, environmental injustice, and climate change,” she said. “Abortion access is yet another issue impacted."