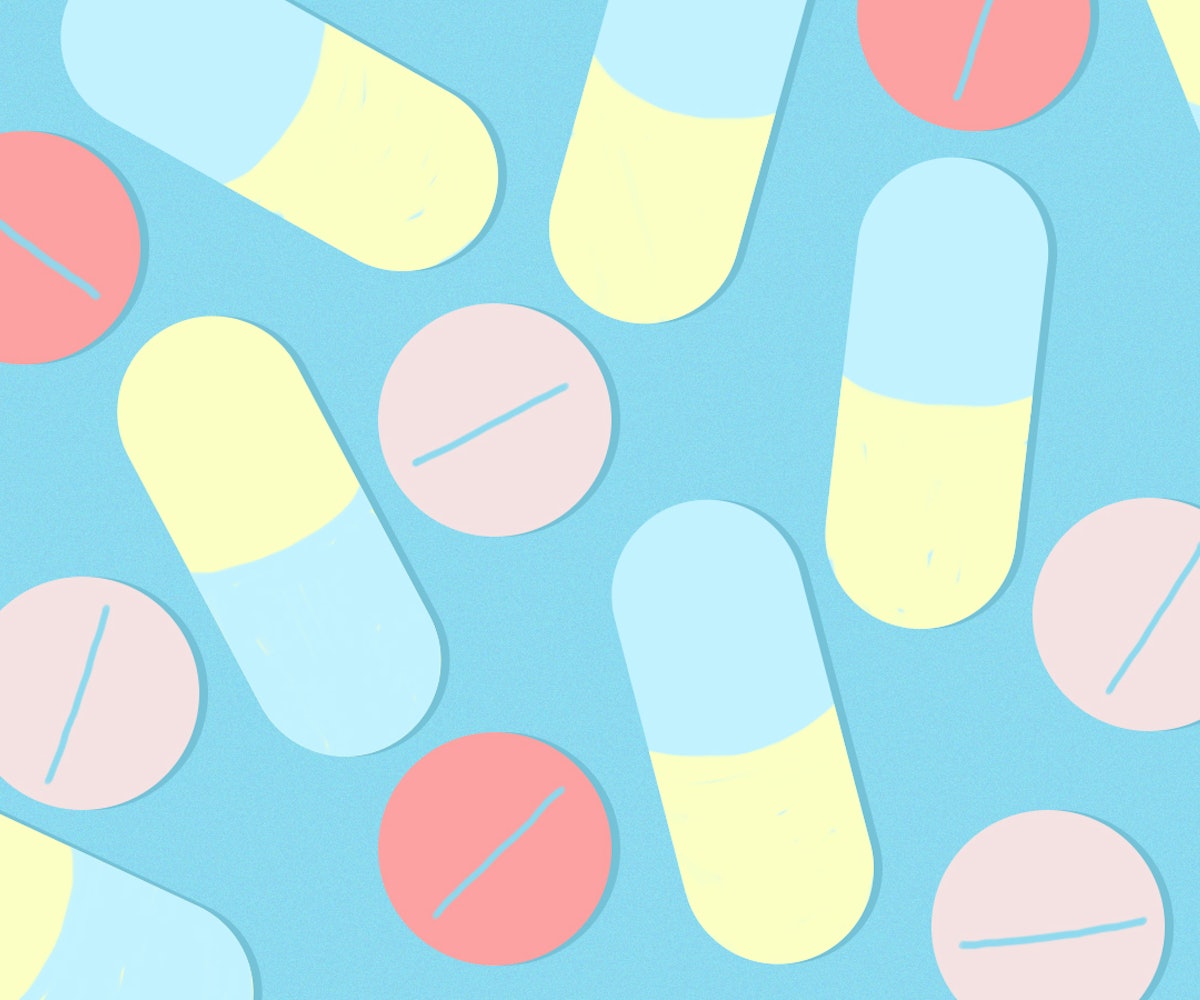 How would you feel if what you thought was a hard-and-fast treatment for your chronic illness was failing you?

This is something many people living with mental illness face. Antidepressants are often the first line of defense in treating patients complaining of psychiatric symptoms. Most commonly, these medications are SSRIs (selective serotonin reuptake inhibitors), a class of drugs which is commonly used for the treatment of Major Depressive Disorder and/or Generalized Anxiety Disorder. You’ve probably heard of common ones, like Prozac or Zoloft.

However, it’s not unusual that patients won’t react to medication—especially right away. It can take years (that's what it took me) to find the right SSRI and combination of drugs to feel better. In my case, I never understood why certain drugs would simply not work, and it made me feel confused at a time when I did not need more complications in my life. But it turns out that there are lots of medical reasons for why people don't always feel the effects of antidepressants right away—none of them include the misguided idea that medications don't work. Here are some things I wish I knew back when I was struggling. And, remember, the most important thing to do if you're dealing with depression is to talk to your doctor and figure out what is best for you.

Scenario One: You haven't been taking the drug for long enough

Medications aren’t an immediate fix. Dr. Phyllis Edelheit, M.D., a psychiatrist practicing on Long Island, New York, puts it beautifully: “The illness itself is like a fire burning in the brain. The first thing meds do is attempt to put out the fire. The next thing the meds do is feed the nerve cells and make them whole. If you think about a forest that has been denuded of leaves from the trees—they’re spindly and burnt-out—how long does it take for that forest to get green and leafy again?”

Especially if you’ve been feeling depressed or anxious for a long time, it may take longer for you to feel better. Edelheit believes it’s important to be up-front with patients and manage expectations of how quickly and effectively a drug will work.

Solution: Patience, young grasshopper! Sometimes, all you can do is wait. While time is passing, be sure to practice self-care. Another helpful thing you can do is keep a mood journal to track your symptoms every day, so you can have an accurate record of your progress (or lack of progress) and report it to your doctor.

Antidepressants alter what's going on in your brain pretty significantly. If it's altering chemicals that really shouldn't be altered, it can cause things to go a little haywire. Physician assistant Lauren Klein of Manhattan states, "Some patients are also diagnosed wrong. If you are being treated for depression but actually have bipolar with manic depression, this can throw a patient into a manic state and worsen their symptoms."

Also, it’s possible you could have something totally different going on. “Hypothyroidism and pituitary disorders such as prolactinomas can present as depression, while hyperthyroidism will present as anxiety,” Klein elaborates. “Treating the underlying disorder will ultimately help the patient and antidepressants, in this case, would not be effective.”

Solution: If you're feeling off, even just a little bit, you should contact whoever prescribed the medication for you. You could be experiencing the phenomenon Klein is describing, or any number of other side effects, which are best to address right away. Especially if you’re experiencing suicidal thoughts, you’ll want to get in touch right away. Also, if you were diagnosed by your primary physician, it wouldn’t hurt to go to a psychiatrist or psychologist to get a second opinion.

This is the most complex and frustrating reason why a medication won’t work. Different medications affect people in different ways. This is because everyone metabolizes drugs differently. It’s encrypted in our DNA! Klein explains, “If you are a person that does not have the means to metabolize a medicine you can have bad side effects to the antidepressant due to it remaining in your system too long. Other people rapidly metabolize medications meaning they run through their system too quickly, so they either get no effects from the medicine or they are required to take a higher dose.”

Edelheit emphasizes, “For some of the truly ultra-rapid metabolizers, you could have a super dose of that drug, but your body will metabolize it so rapidly that it’s like you took nothing.” Alternatively, she says, “Ten milligrams of a certain drug could be like 50 milligrams in a poor metabolizer.” On top of that, it is possible SSRIs simply won’t work for you. Those patients can go another route with another class of drug. Edelheit offers monoamine oxidase inhibitors (MAOIs) as a different path of action. Additionally, she’s a proponent of add-on medications, like using a mood stabilizer in conjunction with an antidepressant.

Solution: Luckily, you can now get a test done that gives you insight into the way you process meds. “Gene testing is now available that matches a person’s genes with how they metabolize certain neuropsychiatric medications,” Klein says. “This testing allows us to see how a patient’s blood levels may be affected by medications, thus allowing us to predict which medications may be most effective in the treatment of behavioral health conditions and to avoid side effects that may occur with others that will not properly be metabolized by the body.” So, if you want to avoid a bit of trial-and-error, consider getting this test done. Then, blame your parents for passing their DNA along to you. Just kidding. (Sort of.)

Scenario Four: You’re not taking the medication as directed

This problem is actually super easy to fix! Many people do not take their medication as prescribed. Klein states, "I call this non-compliance. If patients do not take the antidepressants daily, they are not effective, and then patient generally suffers side effects causing them to ultimately stop the medicine." Alternatively, taking too much medication can be detrimental. You risk suffering from serotonin syndrome, which is when you have too much serotonin going on in your body. Be on the lookout for fast heart rate or a high fever, and call your doctor ASAP if you experience these symptoms.

Solution: Set an alarm on your phone as a reminder to take your meds. This really works since we, millennials, are constantly glued to our phones. It's important to take these meds every day at the same time for them to work most effectively. Also, invest in a seven-day pill organizer—those aren't just for old folks!

So, if you or one of your loved ones isn’t having great luck with their meds, don’t lose hope. Know that there are multiple ways to solve a mental illness puzzle. Don’t give up, and be open to trying new things. Once you’re feeling better—no matter how long it takes—you’ll be glad you stuck it out.