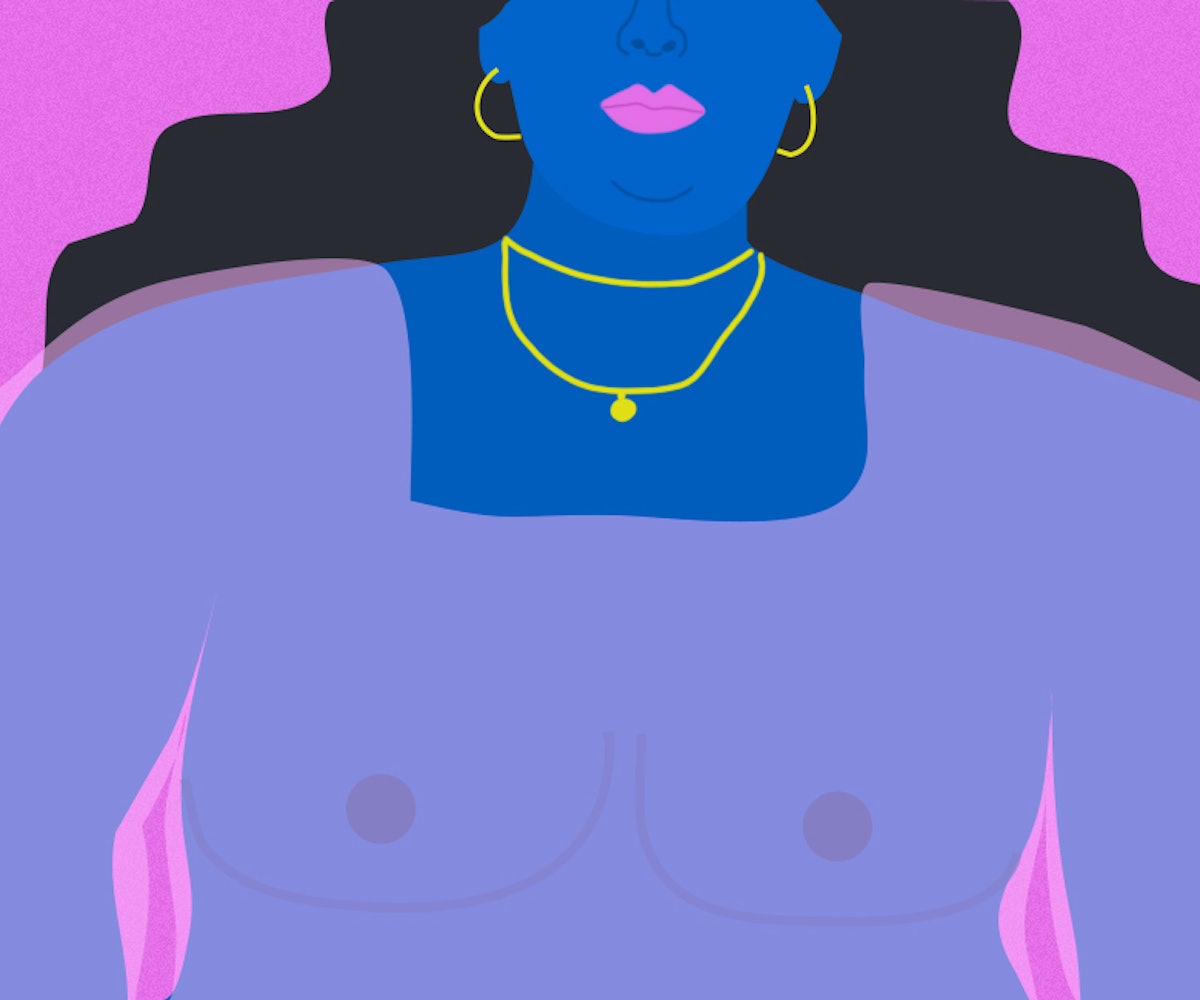 The “Free the Nipple” movement has been in and out of the spotlight for the past couple of years now, making its way onto the red carpet by way of our favorite celebrities, to our own Instagram feeds, and even to theaters. But based on this past September and October’s Fashion Month shows, it’s pretty clear that sheer clothing and, along with it, the embrace of subtle nudity, is less of a trend and more of a movement—one that's increasingly normalized off the runway as well.

The presence of nudity on the runways is certainly nothing new, but it's become common now to see a fashion editor sitting front row wearing an entirely see-through dress paired with only a bra and underwear, or an influencer walking down the street in a PVC, organza, or mesh top with nothing underneath. But what does it all mean? Is the sheer look just another grandpa sneaker or a leopard print coat? Or is it a sign of a fucking revolution?

Being a woman in 2018 is no easy feat. We are using our platforms to speak up about everything from sexual assault to the lack of equality in the workforce, but we’re still being dismissed, we're being punished, we’re being blamed for our own encounters with harassment and assault, and we’re being mocked. Or we’re, understandably, still scared shitless to speak up. And we’re angry—god, are we angry. So it only makes sense that we'd dress in a way that is intentionally provocative, a big middle finger to those trying to silence us.

“The recent trend of sheer and transparent clothing and ‘Free the Nipple’ can be directly related to women’s perceptions of cultural conformity and a direct rebellion against these often unspoken standards that pertain to women,” says Dr. Ariane Machin, psychologist and co-founder of the Conscious Coaching Collective. “This is especially pertinent in light of the collective unity of the #MeToo movement. While women had been silent and silenced in the past, they have found their bold voice to speak their truth. This truth can be spoken in many different ways, with fashion being one outlet for this voice.”

Machin goes on to explain, “I think this [trend] is partially related to our general experience of feeling like we need to be more submissive, grateful, quiet, thankful, etc. This is a fashion wave that is sending a non-verbal message that we will not be silent anymore, we will not be controlled by others, and that we are holding our own power.”

Of course, this isn’t the first time women have turned to fashion as a means of rebellious expression. “Historically, women’s fashion has always responded to politics of the day,” says sex therapist Stefani Goerlich, LMSW. “In my mind, fashion has been a safe outlet for women to rebel against stifling political climates because it is seen as something frivolous and trivial. It makes perfect sense that when women’s voices and ideas are marginalized, we would turn to the uniquely feminine language of fashion to communicate our feelings on the issues of the day.”

It also isn’t the first time that women have used their bodies as a political voice, either, as Goerlich explains:

Women have only begun to find their political voice in the last century or so. We’ve had the right to vote in America for less than 100 years and were still considered legal extensions of our husbands up until the mid-1970s. When we do not have a platform to be heard within the realm of government, we find other ways to communicate exactly how we feel about those doing the governing. Using our bodies to make a political statement is a long-standing tradition, and when women today proclaim “Free the Nipple” or use their sexuality to push back on a culture that oppresses them, they are simply forming the next generation of a longtime tradition.

At the same time, sheer clothing is growing in popularity to prove the point that the way women dress has, in fact, no effect on our risk of encountering sexual harassment or assault. “Thanks to the #MeToo movement, there is a deeper understanding today of how little we can do to protect ourselves from sexual harassment, assault, and objectification,” says Goerlich. “The stories being shared are happening in every setting, to women of every age, religion, and ethnicity, regardless of what they were doing or who they were with. Because for many women, the perception of risk is the same whether we're wearing a maxi dress or short-shorts and a bra top. The choice becomes one more of personal empowerment—why not wear what makes you feel most beautiful and confident, regardless?”

Most importantly, though, this trend is the direct result of women everywhere feeling more empowered to embrace themselves and their bodies, despite particularly trying times. Think of how many body positive brands and campaigns have popped up over the past few years. We’re no longer dressing “sexy,” but rather, dressing however the hell we want, so long that it makes us feel good in our own skin.

As a designer that often features sheer pieces and nudity in her collections, Taymour feels that nudity isn’t necessarily something to be sexualized—a point she finds important during a time where women are sexualized on a daily basis. “I want to truly stake a claim that nudity is not consent, or sexual. It takes a lot for people to wrap their head around the concept of being naked without it being sexual. I just want to help them with that process.”

So, yes, the sheer trend is, in fact, an act of rebellion, whether we're reclaiming our bodies, or we're embracing our sexuality and using it to fight back. “Andre Leon Talley said that fashion is how we demonstrate to others how we wish to be treated,” says Goerlich. “Whether we’re talking about modesty or nudity, the thing that turns a wardrobe choice into a radical act is the intention behind it. Whenever a woman looks at what society expects of her and makes a conscious decision to move in another direction—be that by covering her hair or by exposing her nipples—she’s making a political statement about the world she lives in—and, more importantly, about the world she wants to create.”