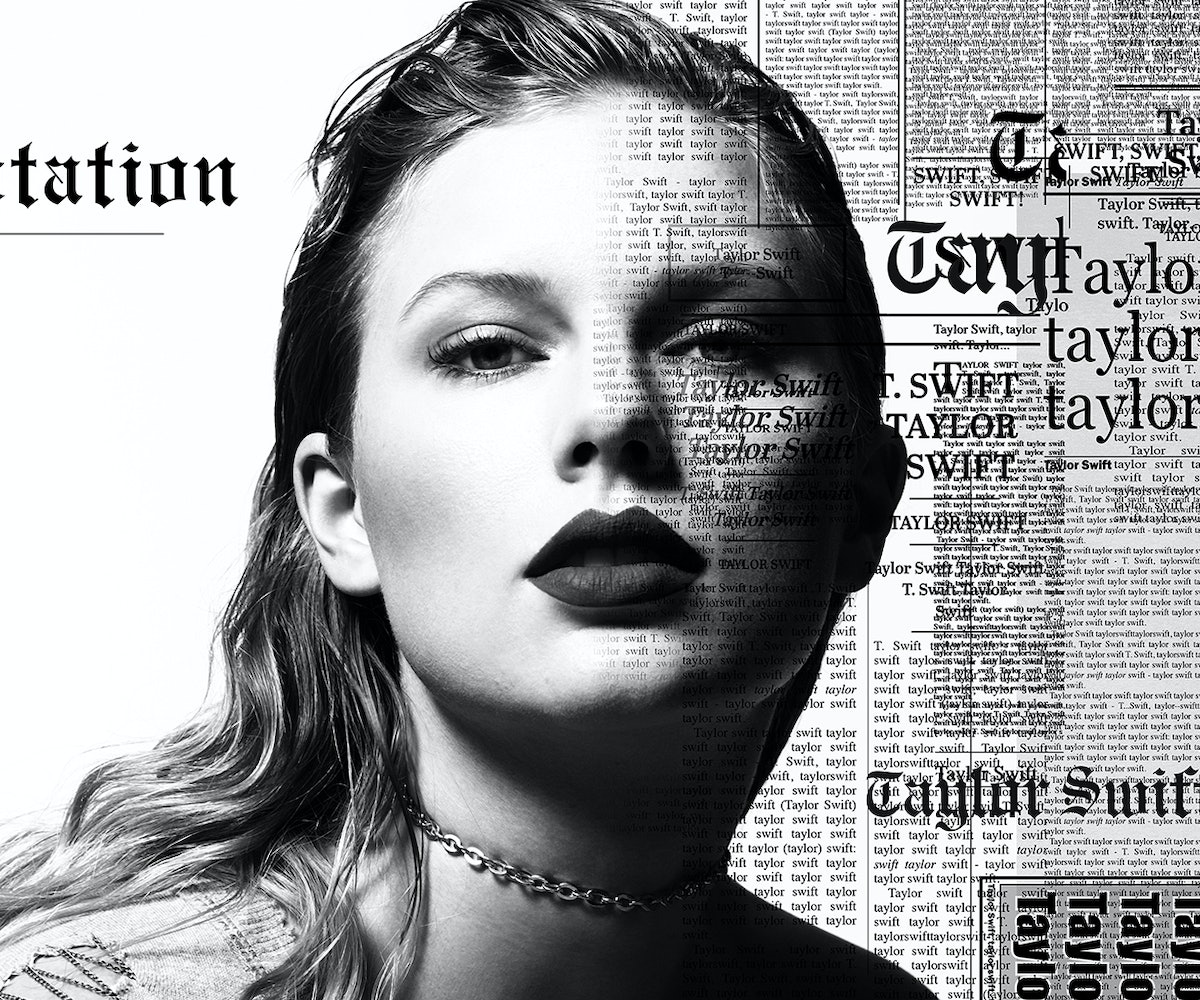 There’s a lot of people in the world to hate. Every day seems to breed a fresh new hell, and in moments where nothing can possibly seem bleaker, something happens and it does. So, to fixate on a pop star and her rebrand seems almost frivolous, like a waste of time and energy amidst a landscape of chaos and horror.

But it’s also a form of therapy. Case in point: Taylor Swift is the villain we need right now.

It’s a ridiculous sentiment, I’m aware. Out of every villain—whether politician, public figure, predator... or all of the above—a pop star launching a rebrand based on 2012-era beef seems the least deserving of our vitriol. But, as proven by her latest album campaign, Swift’s latest incarnation is Teflon: Nothing sticks, she doesn’t care. Which creates a necessary space for us to bond over our collective dislike for this character we don’t actually know.

Because we don’t know who Taylor Swift is, and we never have. While we may see Reputation as her latest bid for relevance, the singer has been reinventing herself since the beginning of her career as a wee baby teen. She evolved from a country music ingenue to a country-pop success story to a bona fide pop star far, far removed from her rhinestones and Nashville roots. And while she shared with us stories of relationships gone awry and her knack for lyrical revenge, we only ever got the Sparks Notes version of who Taylor really was and is: She baked, she had cats, she had parties attended by A-listers. But we never knew her political leanings, her opinions on particular movies and television and books. We never saw her being candid, reactionary, human. Even when Kanye West delivered the infamous “I’mma let you finish” speech in 2009, she remained professionally poised, standing off to the side, looking shocked, unknowingly (then) ready to parlay the  moment into a career’s worth of narrative. We have only ever known the person Taylor Swift told us she was. Which makes it easy to hate who she’s decided to be now.

Reputation-era Swift is confusing at best. The campaign is rooted in pettiness and revenge, and over trivial subject matter like pop beefs and media perception and liking one guy when you’re dating another. “Look What You Made Me Do” is an anthem built on deflecting responsibility; on choosing not to look at one’s self in lieu of pinning blame on everyone who’s made you, “you.” It is the battle cry for apathy and opting out of actively participating out one’s life. It’s Taylor the Brand™ removing herself as far as possible from the rest of us (and subsequently, the realities of our world). And by doing that—by sending and re-sending the message that Old Taylor is dead, that New Taylor doesn’t care, that she’s evolved, that she’s past it and everything and all of us—she’s created the perfect villain up on which we can project all our anger and frustration.

Which makes her a much more valuable pop villain than we originally thought. Not only has she cloaked herself in her indifference over whether or not we approve of her (because let’s be honest, she’s a billion-dollar enterprise who doesn’t care what we think, nor should she), but between letters from lawyers to collector magazines spoofing publications like Us Weekly, she’s acting out in a way that courts our dislike. She’s positioned herself atop a tower built on Apple deals and Walmart collaborations, and used her political apathy to widen the gap between her world and ours. So, it’s easy easy to hate this character because she wants us to. She encourages us to clap back, to condemn who she was and who she is, to eyeroll into another dimension at this particular performance. And it’s helpful. Because yes, we may want to rage blackout in response to everything she says and does, but it’s easy to hate a pop star consciously painting herself as a villain. It’s easier than throwing our rage into the never-ending abyss that is, well, everything else.

And right now, nothing is easy. Everything is bleak and difficult and challenging. Every day is stressful, every revelation is scary or disappointing or a strange combination of the two. But hating an album or an artist or a campaign is not. Reputation is black and white: It’s a record by a famous person who’s never let us see behind her mask. Hating Taylor Swift is like hating an actor in a role—she’s playing pretend, and in turn, has given us somewhere to place our rage and our disappointment and our irritation because who we’re hating isn’t even real. Meaning that we can consume and debate and condemn her, while the real Taylor Swift—the human woman we will never know—remains safe somewhere else.