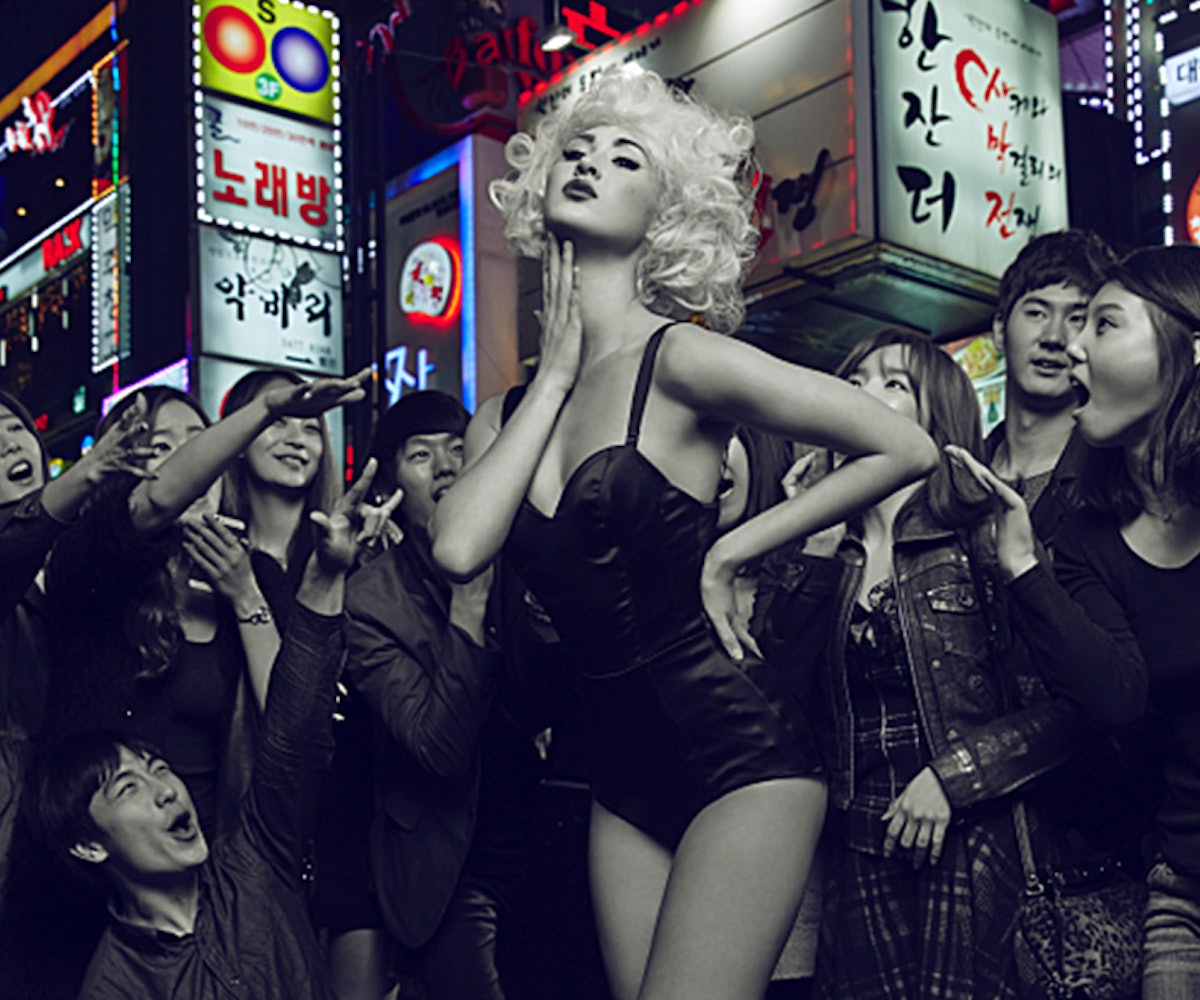 It’s already time for final five, and it feels like yesterday we were covered in silly string walking down a runway.

Bye, bye Chantelle! Let the negativity vanish. We come back to the house to see Keith’s winnings yet again. Someone is getting jealous of all those clothes and shoes.

Whenever a judge comes into our house, we know it’s not just a friendly visit. This time we will be part of a Korean soap opera? I did not see that coming. Not only is it acting, there are Korean lines as well. Adam memorized his so quickly that he decided he didn’t need it and set it on fire! Whoa buddy, you may need that a little bit later. Adam’s confidence is going to hurt him in this competition.

Up we go to the N Seoul Tower to shoot our Korean soap opera scenes. At the top there were all of these incredible locks with initials on them of people and their loved ones. It was incredible to see. Now to this acting business. First up is Clara and I. I can tell you that I was incredibly nervous when we started. I had memorized all of my lines and felt great about that part, but when it came down to it, I was not ready to act with Clara and make it believable. The whole time during the commercial I was thinking, butch it up. Embodying Adam is really all I needed to do; a little growl here and there would have played to my strengths. Overall, I thought I did really well with the challenge. I know that I am no Neil Patrick Harris or Matt Bomer, but I think with a lot of practice I could get better. Lenox was painful to watch. It was the classic stage fright scenario. The second she stepped onto set she forgot all of the lines and had to ask for lines every few seconds. Not something you want to do in the final challenge of the competition. Shei killed it in my opinion. While I was watching her, I thought she was going to win. Her chemistry with the actor and the lines were so believable. Adam, oh Adam, I never know what’s going through your thick skull. Like we thought, his confidence got in the way of the competition. He jerks around back and forth on camera and forgets all of his lines. Don't forget that I remembered all of the lines. Keith, the last of the group, brought us a new persona, K Songs. I think Keith changed every line and made it his own. Like I said in the episode, it became a comedy and not a drama. But physical attraction from Clara won him the competition.

Back to the house for those scores. A seven just like Adam? I’m sorry, didn’t I have every line perfect and he forgot all of them? Hmmmmm. That doesn’t add up. Shei should have taken that title. Nothing we can do about it now. Time to bring you’re a-game and make it to the next level.

Thank you, thank you, very much. Time to body our inner superstars: Elvis Presley and Marilyn Monroe. Did anyone see that black wig on my head? I think I’ll stay blonde. Each of us will have an iconic image of the superstar to embody during this photoshoot. Mine is Vegas Elvis and I’m up first! If this is the life that Elvis and Marilyn had with all of the fan girls then I don’t know how they did it! I start showing the moves like Elvis and delivering what I think matches the Elvis image but Tyra and Yu Tsai aren’t having it. I think I got so caught up in my head of copying the original image that I forgot to recreate it as my own. That was my biggest downfall this week.

I still had a blast being Elvis but I’ll leave that to the impersonators in Vegas to do. Keith is up next, and it was a struggle to watch. Keith has this amazing face that has lead him through the competition. But like we saw in the hair flip video shoot, Keith struggled because of the movement. With extra coaching from Tyra and Yu Tsai, Keith finally got it together and made it happen. Keith gets into his head and thinks he is doing it but to others watching it’s not what they want. Shei was so beautiful with her blonde curly hair. She delivered cute pin-up Marilyn and brought the inner go-go dancer to life. I thought Shei did really well with her shoot. She struggled in the beginning with the pose but lost the hooch and brought the tooch! Lenox and her negativity about herself. I can’t handle it much longer. She is one of the most gorgeous girls I’ve ever seen and I don’t understand why she can’t see it. She is all in her head and doesn’t let loose, but halfway she lets it go and starts giving that fierce Lenox we all love. Adam is last up and the boy from Memphis doesn’t disappoint. With a childhood surrounded by Elvis you knew he was going to bring his best and destroy the rest of us. I thought Adam did a great job on set. This was the first time Adam let loose and gave a great energy. I am so proud of his growth this far in the competition.

Skull mail. Is it just me or is this the first time that there has been skull mail all season? What’s up with that?

Who do you think is going home this week? At this point it is anyone’s game. All of us struggled in this past shoot so we are dead even as we go into panel. It’s rough to think about how far we have come and how each of us wants to be here so bad!

Adam’s shot? Genius. Shei wasn’t sexy enough, Kelly? My shot wasn’t my favorite. Lenox kicked ass on set. Keith had no neck. Who is staying for the finale?

And the final four are, Adam, Keith, Will anddddddd Lenox! Three boys? That’s a first. Congrats to my fellow finalist, let’s kill it as we go into the finale. Bye, my dear Shei, we are going to miss you, so much.

I can’t believe we have made it to finale! What a journey it has been. From the first episode of wearing heels into panel to getting ready to walk in a Le Sang Bong runway, what a long process it has been. I am so thankful for all that has happened and so blessed to be a finalist!

Be sure to watch December 5 as the winner of America’s Next Top Model is crowned! Ah, I can’t wait. The finale begins at 9 p.m. (EST) on the CW and you don’t want to miss it. Until then, follow the four finalists on social media. You can find me on Instagram and Twitter. Also follow the ANTM pages on Instagram and Twitter for behind-the-scenes scoop as we approach finale. Until next time tooters and boochers.