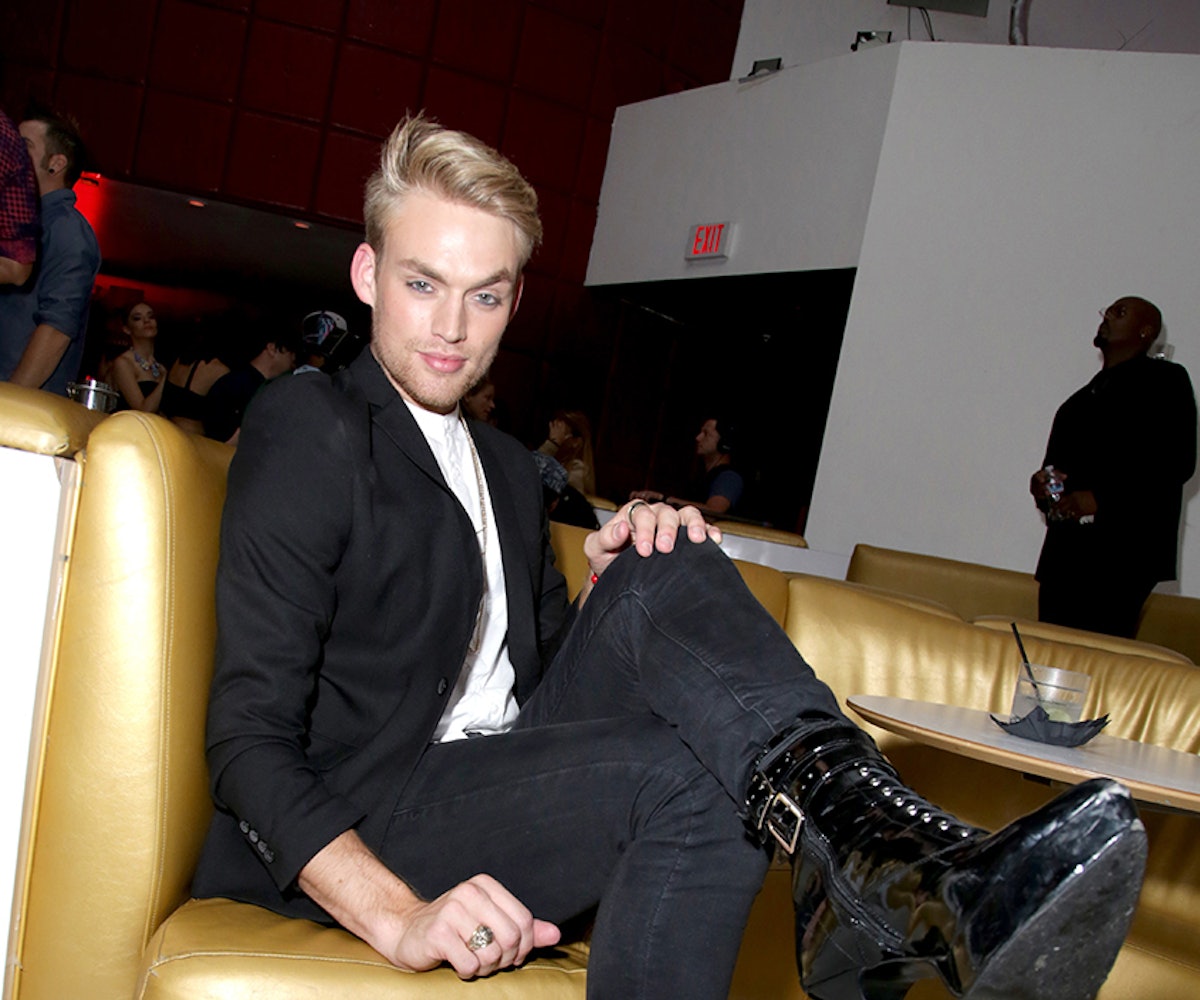 If you haven’t seen America’s Next Top Model Cycle 21 yet, this is the episode to start with! Everything that has happened thus far in the competition is recapped in 45 minutes.

A couple of things that kept me chuckling:

Adam Smith, His “Frat to Fierce” segments were very indicative of the personality we got to live with. Every moment was made fun because of that frat boy. If you need to look like a pregnant antelope for a photo shoot, you can give Adam a ring and he will be glad to let you know. Shei and I love Adam’s personality so much that we decided to imitate him. He is very easy to imitate especially when you wear that frat star polo! I love me some Adam and all his crazy antics.

This is not America’s Next Top Best Friend!

Keith and Kari, Mirjana and Matthew, Mirjana and Denzel, Lenox and Bugs, Adam and Ben, and last but not least Will and Raelia, better known as Willia. Everyone has paired up in this house and I can’t keep up! Keith and Kari have been canoodling in the Tyra Suite. Mirjana and Matthew lasted for two seconds. Mirjana and Denzel are in love but Mirjana has a boyfriend back home. Lenox is fishing for bugs in the swimming pool. Adam and Ben are writing music together. Will and Raelia are taking over the competition as number one and number two.

Bubble, bubble, toil and trouble, Romeo is stirring the pot! He just can’t enjoy his time in the house and has to pick pointless fights with everyone. My favorite fight was his argument about who is going to win with Raelia. That conversation started with him saying how jealous he was of my relationship with Raelia and then went straight for her jugular talking about how he is going to beat us. Well yes, Romeo, you should think you are going to win. We also should think we are going to win. Isn’t that the definition of confidence? Romeo also fought with Shei and Adam multiple times as part of his strategy in the house to make it farther. I can’t say that it helped him too much. He was sent home for his bad judgment and a huge mistake.

“You’re wearing my jeans!” is all that Raelia had to say to end that crazy fight between those two girls. Fighting over who is bigger competition ended up with Mirjana shading Raelia for her style. Oh Mirjana, you are wearing Raelia’s clothes. She does not have bad style, boo.

E.T. phone home, Matthew is destined to be beamed up! Whenever Matthew talked about his aliens we would all just stare and laugh at his crazy self. I don’t deny that I think there may be alien life forms but the details that this boy speaks about is extreme y’all. He is committed to the aliens and made sure we heard all about his research. Turned out the cameras would go away when he talked about Aliens so we definitely took advantage of that.

Does everyone remember the kiss between Matthew and me? Also the kiss between Kari and Mirjana? Well, Keith and Denzel were also dared to kiss and those two little weenies wouldn’t do it. All I have to say is that when a girl and a girl kiss you get excited and think it is the greatest thing on earth but when two men kiss its atrocious and wrong. Double standard. Just have fun and kiss already! We all wanted to see that.

So in case you missed it, here is the really short version of who has been eliminated so far this cycle:

Starting from week one, Ivy with her water shoot image. Week two, Chantelle with her lackluster illusion photo. Week three, Romeo with his self-destructive habits. Week four, shockingly Ben and his hair whip that didn’t do Willow Smith any justice. Week five, the ice queen, Kari froze over and was sent packing. Week six, Matthew’s DNA just didn’t make the cut. Week seven, Denzel and his beard weave were cut from the competition. Week seven, Chantelle rejoins the cast as the comeback girl instead of my boy Ben. Week eight, Mirjana lost her shine after Denzel left and was sent to go find it with him. Week nine, Korea here we come! Who will be the next to go on Cycle 21?

Be sure to tune in November 7 for an all-new episode of America’s Next Top Model Cycle 21 at 9pm (EST) on The CW. Check back next Monday for an all-new recap of Episode 12 for our first photoshoot in Seoul! In the meantime, be sure to follow Will on Instagram and Twitter and also follow ANTM on Twitter and Instagram for more behind the scenes footage. If you haven’t already, download the LINE app for never-before-seen exclusives of this crazy cycle!