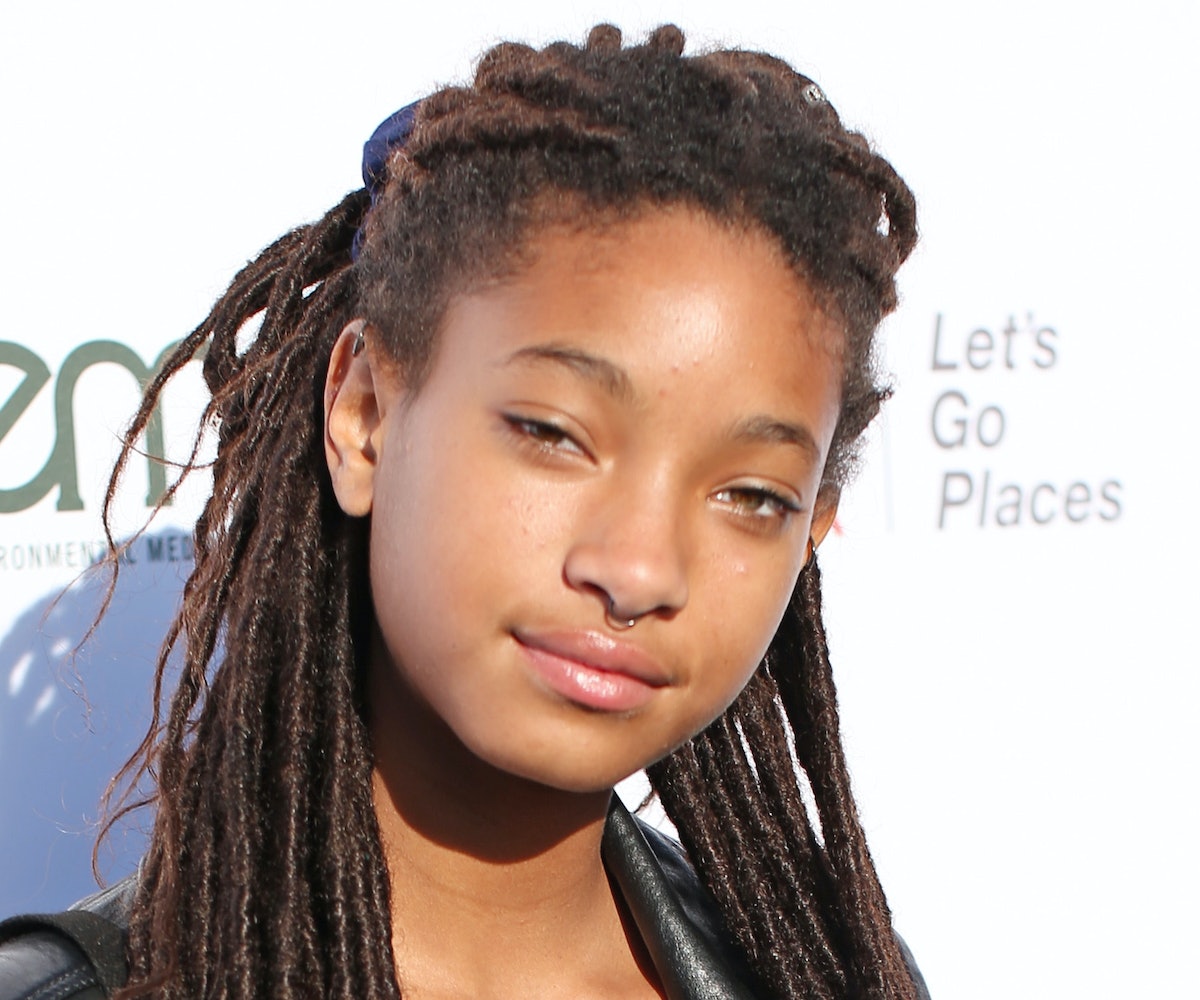 Willow Smith doesn't think monogamy would work for her.

While appearing on her mother Jada Pinkett Smith's Facebook Red Table Talk discussion on Monday, Willow revealed her outlook on relationships in a frank discussion with Smith, grandmother Adrienne Banfield-Jones, and best friend Telana Lynum. During the talk, Willow and Telana were asked by Smith about how they view monogamy, given that their "generation is known as the ‘hookup generation.'"

“That feeling of ‘you’re my one and my only, there’s no one else’… for me, that would not work,” Willow said. In response, Jada admitted that "it’s a tricky one, and I tell you I think about it a lot with married women who are in this sexual monotony of feeling this obligation of having to have sex because they’re in a monogamous relationship." Jada was also quick to dish out some sage wisdom for her daughter, specifically that she should “never feel obligated" to have sex when she's not in the mood.

“I think by your age, I gave myself multiples first. Multiple orgasms,” Smith said, before talking about what forced her to slow down. "One day, I was like, ‘Enough. You’re having five orgasms a day.'" Watch the entire episode, below.

NEXT UP
Entertainment
Willow's New Pop-Punk Album, CopingMechanism, To Arrive In September
Life
How To Seduce A Capricorn
Beauty
10 Trendy Yet Practical and Manicure Ideas for Picky Virgos
Life
Watch Catherine Cohen Workshop Hilarious New Songs For The Stage