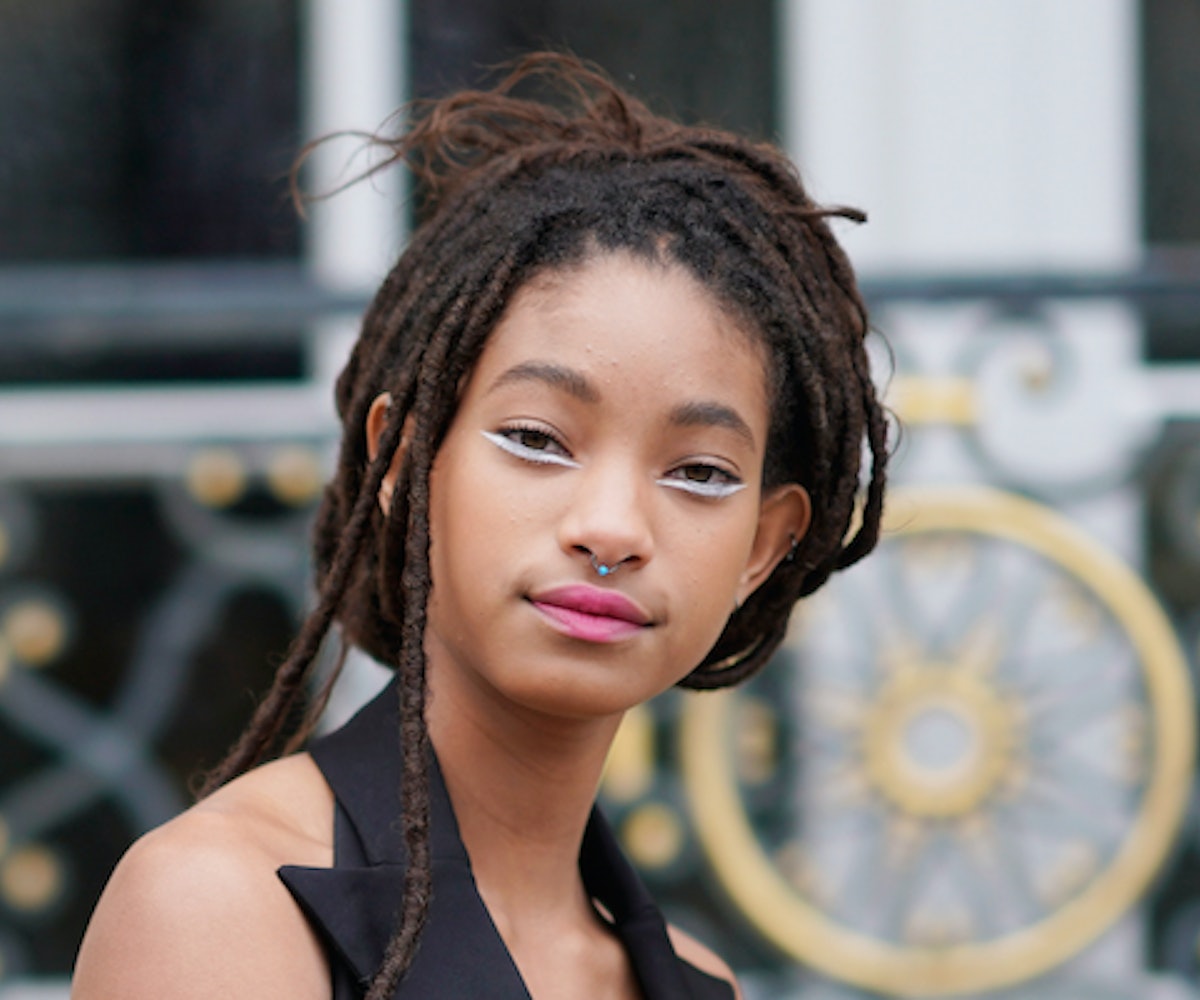 photo by Edward Berthelot / getty images
by Hafeezah Nazim
May 14, 2018

Trigger warning for anyone who struggles with depression and/or self-harm.

Willow Smith recently opened up about a dark time in her past. While appearing alongside her grandmother, Adrienne Banfield-Jones, and her mother, Jada Pinkett Smith, for her mother's show, Red Table Talk, the artist revealed for the first time that she used to self-harm following the success of her breakout single, “Whip My Hair,” in 2010.

“It was after that whole ‘Whip My Hair’ thing and I had just stopped doing singing lessons and I was kind of just in this gray area of, ‘Who am I? Do I have a purpose? Is there anything I can do besides this?'" she told her mother and grandmother, who expressed shock at the news.

“On my wrist," Smith clarified. "I mean, you can’t even see it but there’s still a little something there. But, like, totally lost my sanity for a moment there. I never talk about it because it was such a short, weird point in my life. But you have to pull yourself out of it.”

She also noted that "a lot of adolescent girls struggle with self-harm," and that she cut herself because she felt like she was "experiencing so much emotional pain," and her "physical circumstances" was "reflecting that" pain.

You can watch the episode in full, below.

If you’re having suicidal thoughts, you can give this hotline a call.

NEXT UP
Culture
Kaia Gerber Won’t Stop Until She’s Cast As Patti Smith In A Biopic
Beauty
Isamaya Beauty’s New Lipstick Was Designed To “Celebrate The Male Form”
Entertainment
Meet Amy Allen, The Grammy-Nominated Songwriter Behind Pop's Most Honest Hits
Entertainment
Muni Long On The Grammys, Burnout & Not Worrying About The Labels
Style + Culture, delivered straight to your inbox.