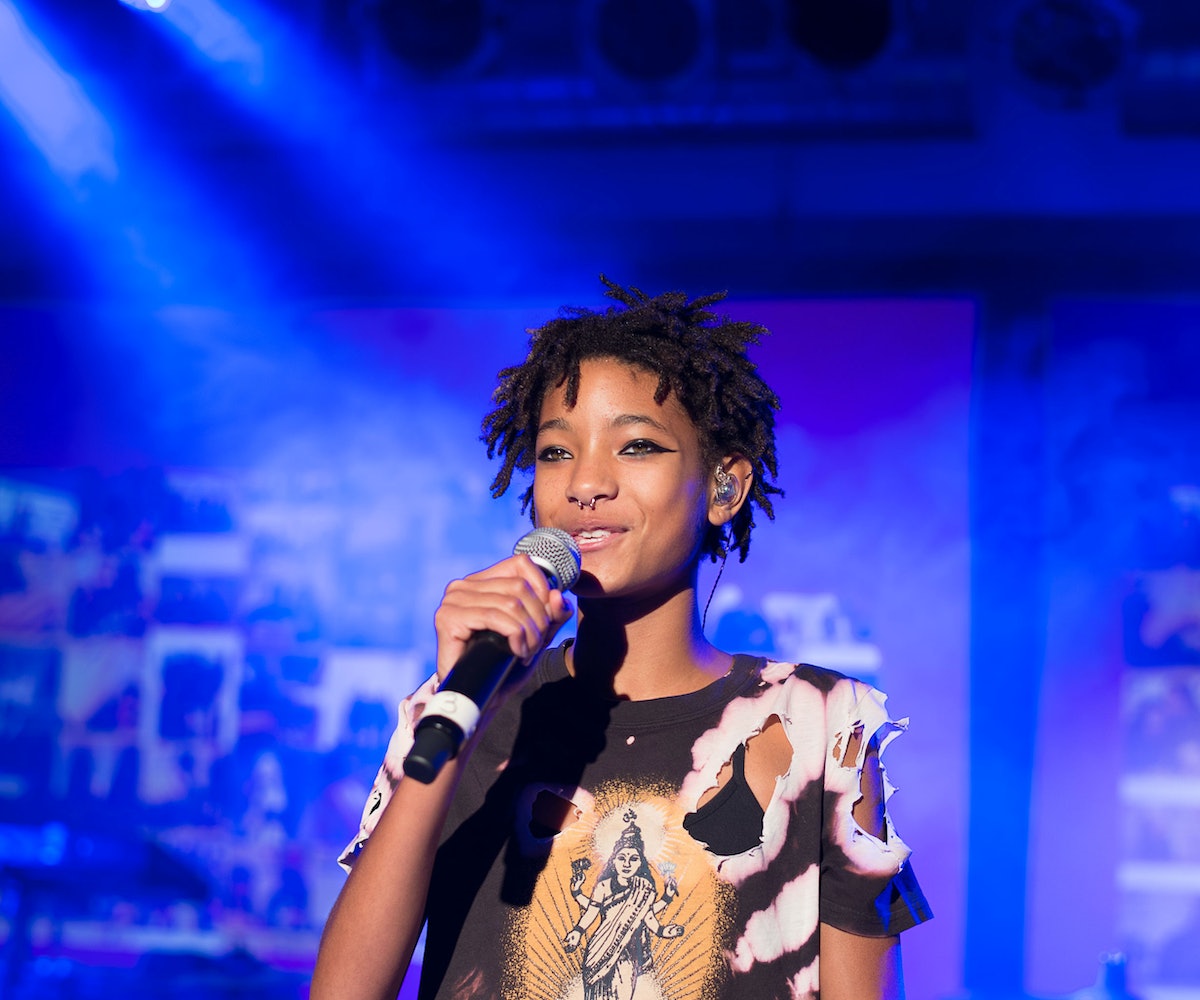 This morning, Willow Smith surprised the world by releasing her long-awaited debut album, Ardipithecus. The title comes from the scientific term Ardipithecus Ramidus, which Smith explained is "the first hominid bones found on Earth." She told The FADER that she wanted to name her compilation after it because it is a reflection of her inner worlds. "While I was making these songs, I was in such a transitional state," she said. "Digging deep in the soil of my heart and finding bits and pieces of my ancient self that tell stories, which end up being the lyrics to the songs." The album is 15 tracks deep with Smith credited as producing 10 songs and writing 14. She's eager to share her personal evolution with her "LightEaters," and we honestly couldn't ask for a better segway into the weekend. Ardipithecus will lead your psyche to a serene place deep within. Buy the album on iTunes or stream it via Spotify, below.