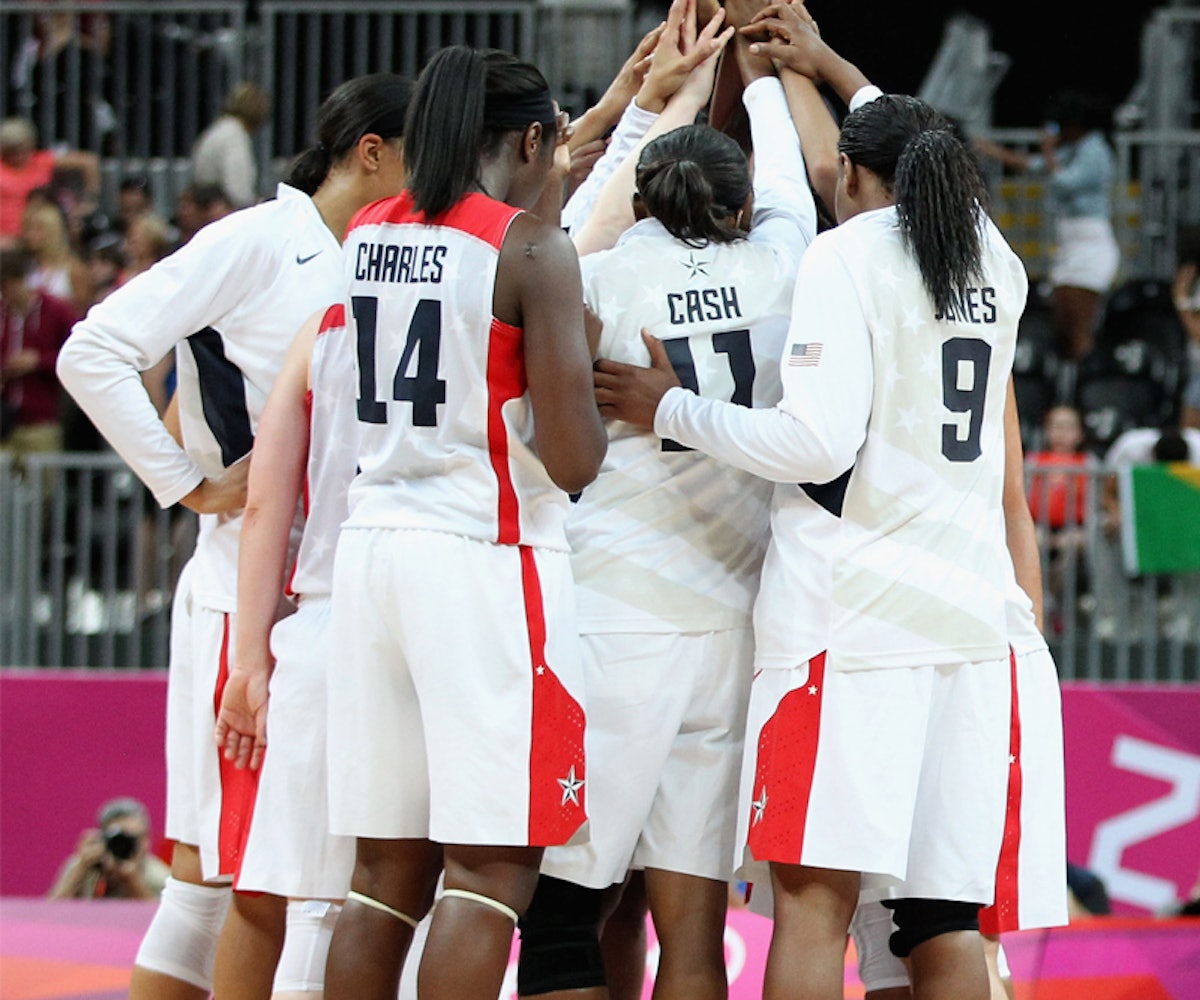 UPDATE 7/23/2016 6:30PM: The WNBA has officially withdrawn all fines related to the matter below.

Like all things in life, the world of sports is unfair. This week, players from the New York Liberty, Phoenix Mercury, and Indiana Fever received fines from the Women's National Basketball Association after stepping onto the court wearing warm-up shirts that incorporated hashtags advocating against violence. The apparel served as a response to the recent shootings of black men at the hands of police in the U.S. and was an expression of solidarity with the Black Lives Matter movement.

Despite this courageous effort to raise awareness about a serious issue that directly affects a large number of people in this country (aka everyone), the WNBA viewed this action as disobeying the league’s uniform policy. As a result, all three teams have been fined $5,000, and each player is expected to hand over an additional $500.

“We are proud of WNBA players’ engagement and passionate advocacy for non-violent solutions to difficult social issues, but expect them to comply with the league’s uniform guidelines,” said WNBA president Lisa Borders in a statement.

However, it should be noted that the NBA decided against fining players from the Cleveland Cavaliers and Brooklyn Nets for sporting "I Can't Breathe" shirts last year following the murder of Eric Garner. No matter how much progress is made in the long run, it seems like double standards will stand the test of time.

To make matters worse, players from Phoenix Mercury were quick to point out how the league had an entirely different response following the Orlando Massacre. Recently, the NBA announced that it would be relocating the 2017 All-Star Game from Charlotte, North Carolina, because of the LGBTQA issues associated with the state enacting HB2. In the press release, the NBA states "While we recognize that the NBA cannot choose the law in every city, state, and country in which we do business, we do not believe we can successfully host our All-Star festivities in Charlotte in the climate created by HB2."

According to The New York Times, The Liberty reached a compromise and agreed to wear plain black shirts with the Adidas logo. The team's forward, Tina Charles, told SB Nation that they're still advocating for Black Lives Matter and "more of a change in the system of what’s going on right now."

Tanisha Wright, a Liberty guard and WNBA Players Association vice president, further expressed the importance of speaking out on this issue. “We want to be able to use our platforms, use our voices," she said. "We don’t want to let anyone silence us in what we want to talk about. It’s unfortunate that the WNBA has fined us and has not supported its players.”

Earlier this month, the Minnesota Lynx team wore “Change Starts with Us” shirts with Alton Sterling, Philando Castile, and the Dallas Police emblem on the back. They also held a press conference to discuss why they were taking a stand.

While some athletes refuse to back down, other teams are figuring out how to execute new strategies. Hopefully, the WNBA will get their priorities straight. There should always be room for social activism on and off the court.