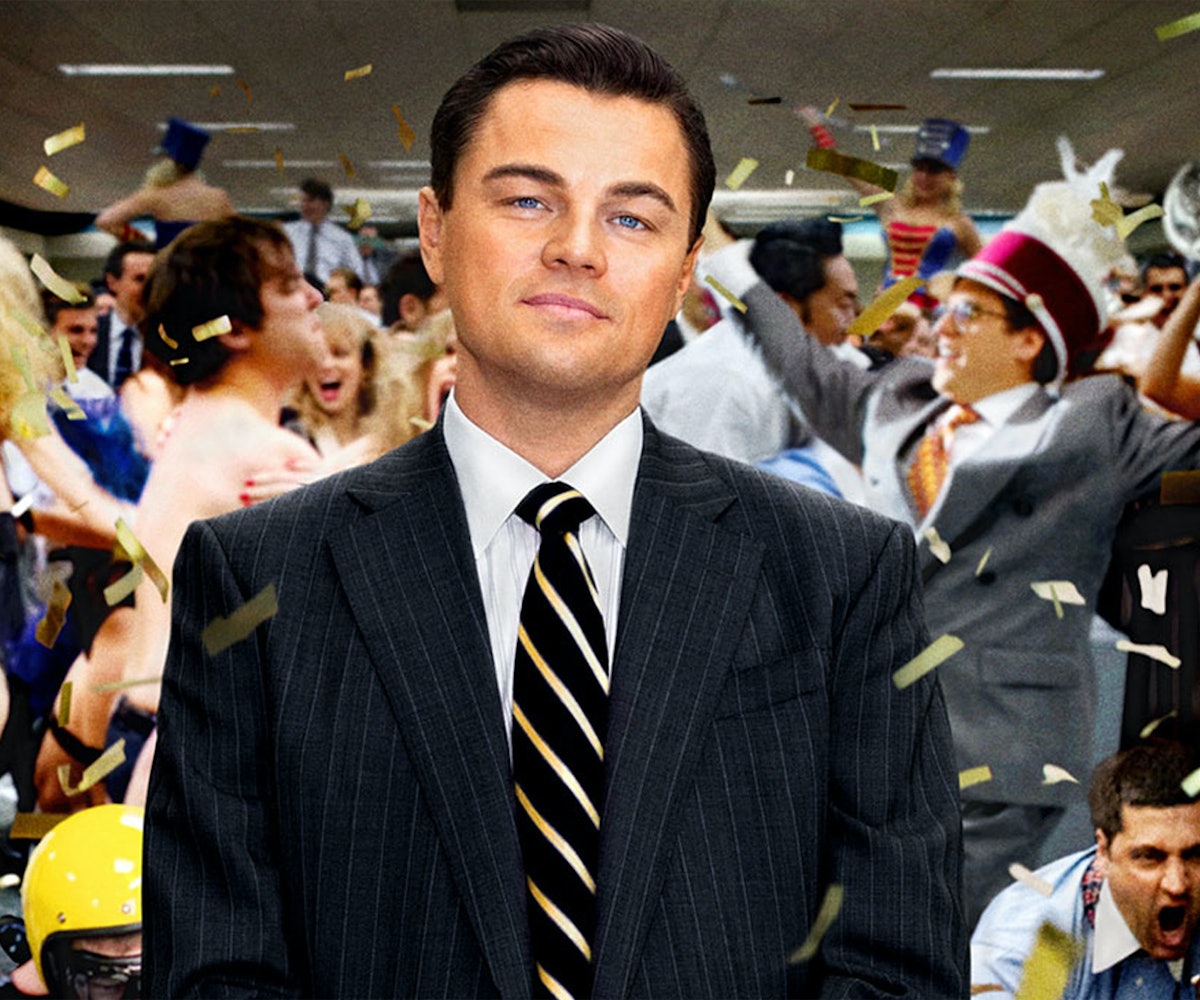 If I had to describe The Wolf of Wall Street, Martin Scorscese's newest film starring Leonardo DiCaprio as a corrupt stock broker, in one sentence, I would say that it's the exact opposite of Lorde's "Royals," just replace the Maybachs with Ferraris and the Cristal with Quaaludes.

The film is a three hour epic bacchanal of sex, sedatives, schadenfreude, and stocks, though it will only take you about thirty five minutes to truly despise Jordan Belfort, the aforementioned stock broker who swindled millions from clients, played to the extreme by Leonardo DiCaprio. And then you'll remember that Jordan Belfort is an actual human, and this is a true-ish story based on his memoir of the same name, and your loathing for Belfort will turn into full blown hatred. (This is not to throw shade to DiCaprio, who does a truly unbelievable job playing a jerk. I'm just fundamentally angry that such a wretched dude still gets to come out the victor; he's being played in a movie of his life by Leonardo DiCaprio! Unfair!) So how can you watch a movie about someone who is so odious? With a little help from his friends.

Around DiCaprio's devil-in-disguise role is a cast of similarly extreme characters: his confidant, Donny Azoff (Jonah Hill), his first boss, Mark Hanna (Matthew McConaughey), his dad (Rob Reiner), his second wife (Margot Robbie), his cronies (my favorite is Jon Bernthal as Brad, a Long Island hotshot who manages to win your compassion despite never, ever wearing a shirt), and the FBI agent pursuing them all, agent Patrick Denham (Kyle Chandler). Belfort's fellow swindlers are just as high-intensity as he is, and rarely is there a pensive moment between all of the sex, drugs, and crime. The few respites come courtesy of near-death experience (or two) with Azoff, an early lecture from Hanna, and the subdued confidence of every appearance of Agent Denham. It's the people immediately around Belfort's dramatic speeches and cunning lies who serve to tell the story best.

So if you're looking for a film to watch over the holidays that has nothing to do with Christmas, joy, or honesty, or you just want to have a raucous good time in theaters, go see The Wolf of Wall Street. You'll laugh, you'll scream, and you'll get to see Leonardo DiCaprio's bum.

The Wolf of Wall Street opens nationally on December 25.