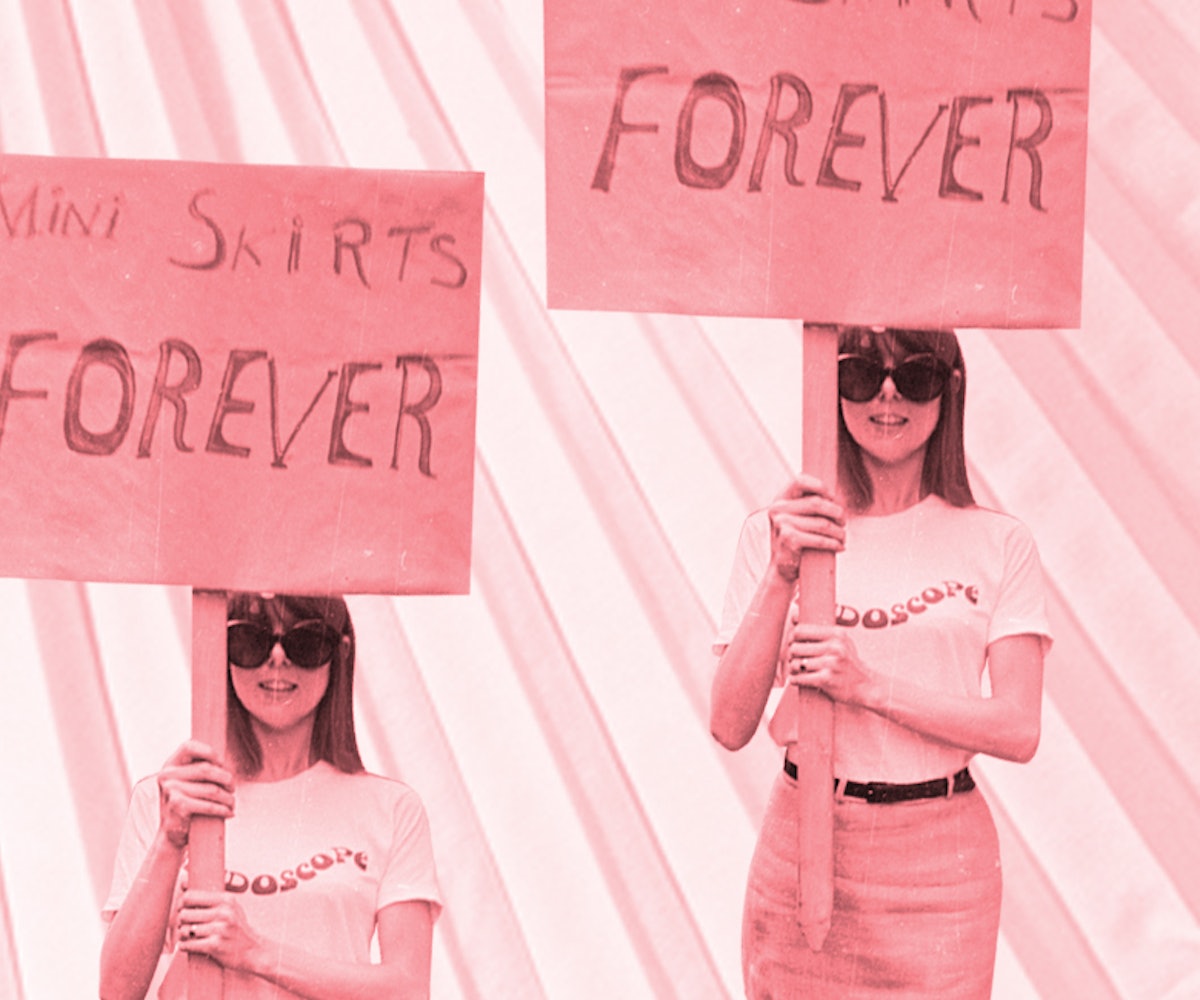 The topic of sexual assault has been prevalent in media throughout the past few weeks, first due to over 50 women accusing film producer Harvey Weinstein of sexual misconduct, and then due to the many other men, from Al Franken to Charlie Rose, who have also been accused. Dozens of women have come forward with their own experiences of sexual assault, many using the hashtag MeToo.

While most women have spoken in support of each other, some have taken a different approach to the pervasive problem of sexual harassment and assault. In an op-ed for The New York Times, actress Mayim Bialik wrote about how she had not experienced such things in Hollywood, citing her personal “luxury” of being “average looking," and therefore receiving less attention from men. This idea was recently reiterated by Olympic gymnast Gabby Douglas, who has since apologized for her words.

It would be nice if these instances were aberrations, but Bialik and Douglas are not the only people who perceive sexual assault this way, thinking that harassment is a simple issue of attraction, rather than a power-driven assault. Comments like theirs stem from a mentality that sexual assault is triggered by what women wear, do, or look like, and that if a woman wants to avoid sexual assault, she should avoid wearing revealing clothing, drinking, or being alone with people that she does not know well. Of course, the problem with this is that it places responsibility and blame onto the victim, instead of the perpetrator. Victims cannot be held responsible for the actions taken by their predators. Assault can only be avoided through the actions of the perpetrator, not his target.

Last year, following the trial of Brock Turner, a Stanford student found guilty of rape, his victim read a powerful statement to the court. In it, she detailed the levels of guilt she felt in being a victim and tried to explain how she blamed herself. She said, “Sometimes I think, if I hadn’t gone, then this never would’ve happened. But then I realized, it would have happened, just to somebody else.” This serves as a reminder that there is no power to “prevent” sexual assault; there might be a trace of good luck, but that's all it is. And even if one woman is lucky, that luck might not protect another woman. That luck will not stop a rapist from assaulting another person, nor will it stop the existence of rape culture.

Rape culture is what allows women to be sexually harassed at work, at a bar, at the mall, the beach, or at home. It is what allows women to be sexually assaulted wearing sweatpants, hoodies, bathing suits, or crop tops. It is why women are raped as children, teenagers, and adults. The only work that should be done is dismantling rape culture itself, which means targeting those who benefit from it. This might seem like a more difficult task, but it is one with an effective outcome. “No Means No Worldwide” has started hosting classes in Nairobi, Kenya, that teach young boys about consent, boundaries, and respecting women. This approach is being proven effective at changing the culture, not just the clothing choices of individual women.

Insisting women take precautions to avoid assault will only make them feel responsible when it does happen. They’ll regret every choice that they made that led up to it. They will feel guilty, blame themselves, and will then be far less likely to report or even speak about what happened to them. This just further entrenches rape culture. But by fixing the blame squarely on the perpetrator, we can effect change and build a society where people feel comfortable sharing their stories and feeling secure in themselves—wearing whatever they want to wear, being free.

NEXT UP
Fashion
Olivia Rodrigo Wore A Sheer Slip Dress To The 2023 Grammys
Beauty
“Birthday Makeup” Is Sparking A Battle of The Sexes On TikTok
It Girl
Madison Bailey Is Embracing The "Elegance" of Being in Her Mid-20s
Culture
13 Valentine’s Day Gifts Under $100
Style + Culture, delivered straight to your inbox.