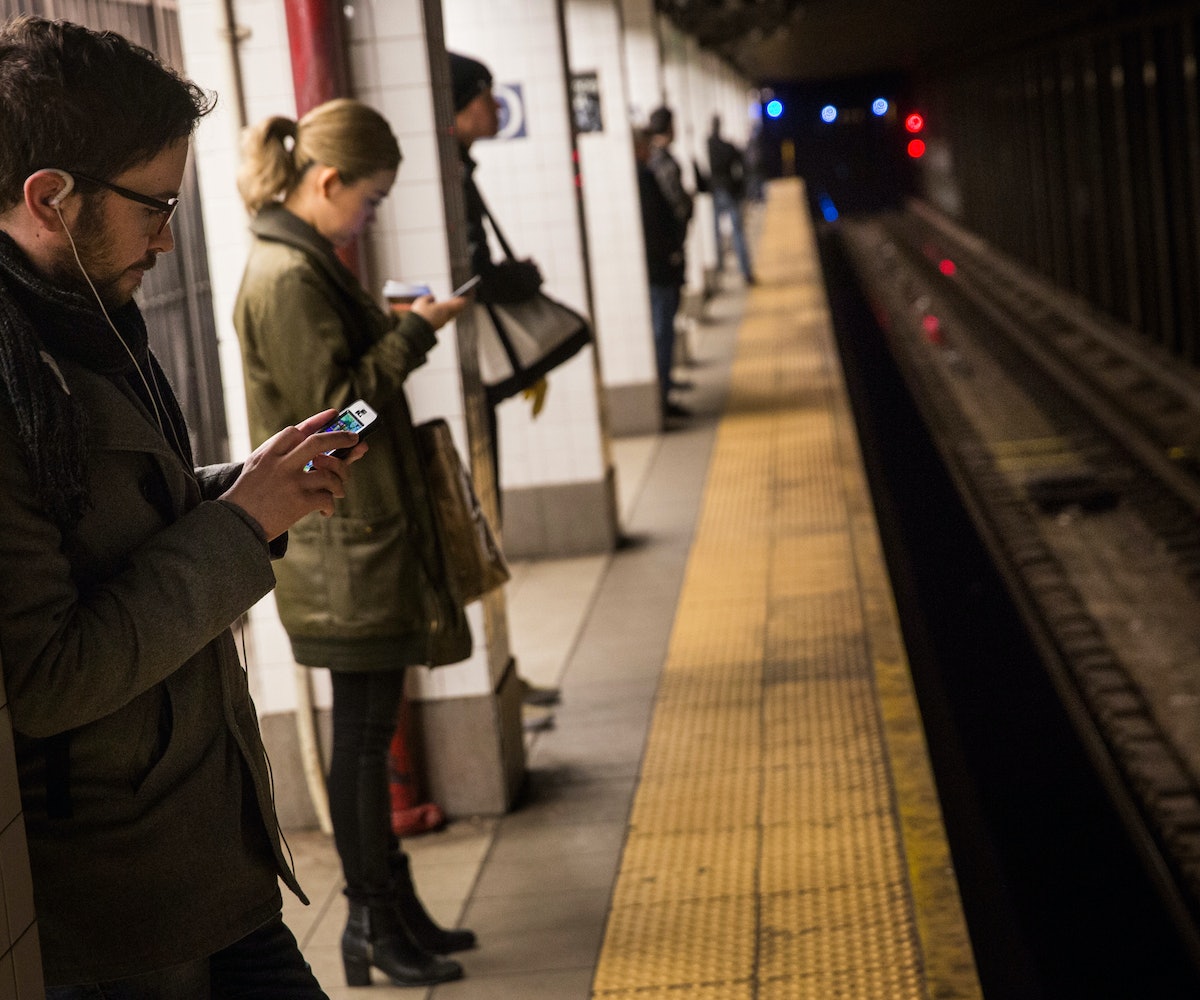 When you ride the subway in New York City, you'll see an anvertisement paid for by the MTA that reads, "Sexual harassment is a crime on the subway, too." As if men might think the subway is some lawless environment, or that harassing a woman is okay in public areas where somehow it is not considered a crime. The ad continues, "A crowded train is no excuse for improper touch. Don't stand for it or feel ashamed, or be afraid to speak up." All of this should not have to be said, but unfortunately it does. Men still need to be reminded that sexual harassment is not okay, and women need to be reminded to stand up for themselves, not blame themselves or make excuses for their harassers. Too many women experience sexual harassment on public transportation every day, and a recent report from New York City police shows that claims of sexual offenses have risen 50 percent in the past year.

This report prompted The Huffington Post to start a hashtag, #CommutingWhileFemale, encouraging women to share their stories of sexual harassment on public transportation.

Stories began pouring in, with women all over the country sharing their experiences of being sexually harrassed on their way to work, proving that this issue is (not surprisingly) commonplace and expands well beyond New York City.

Below are a few of the tweets from women who've felt violated, uncomfortable, or unsafe during their commutes.