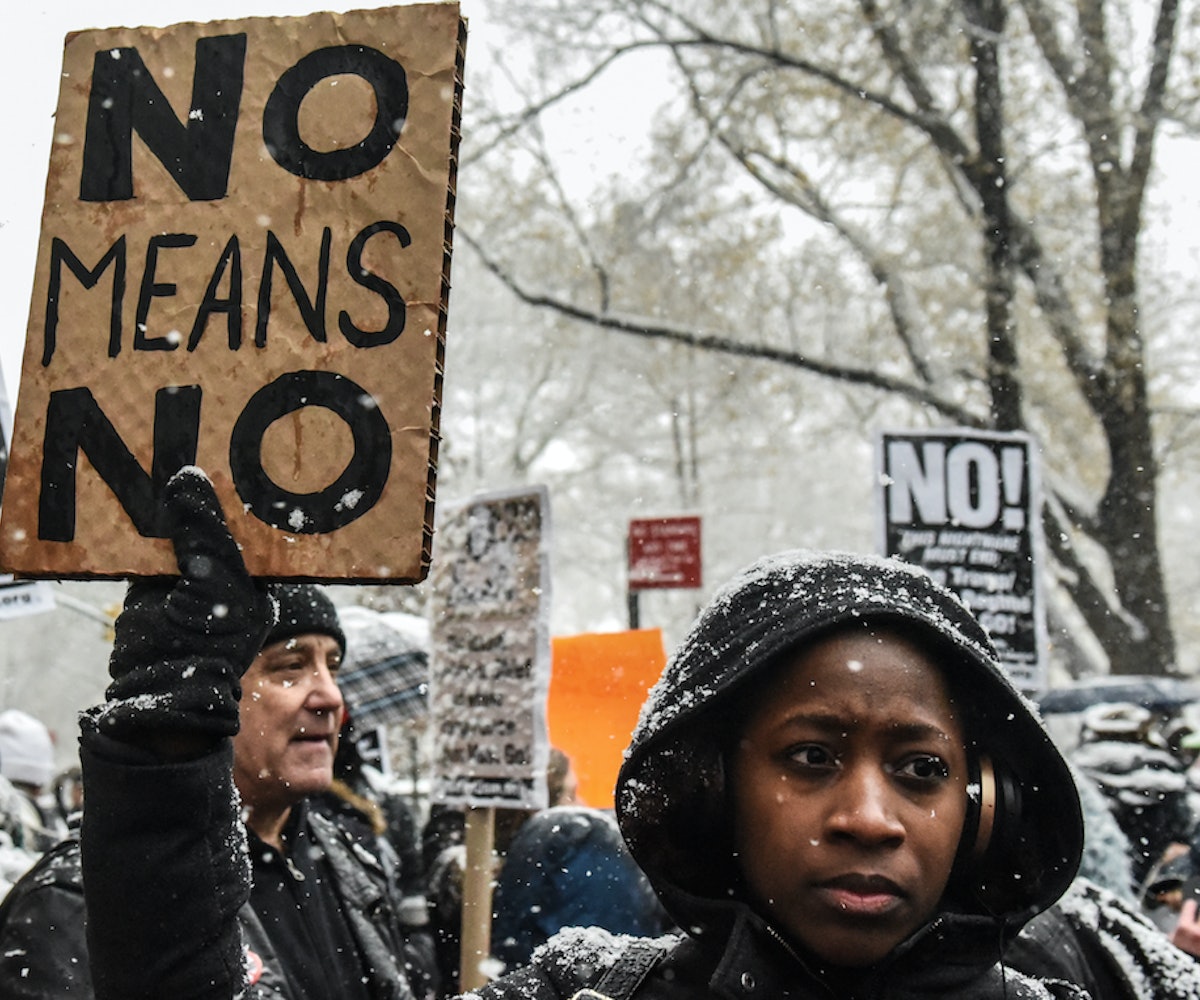 Vox politics editor Laura McGann is opening up about a smear campaign directed at her since she published an exposé detailing the allegations of sexual harassment facing former New York Times politics reporter Glenn Thrush. In a new interview with Jezebel's Anna Merlan, McGann, who was one of the women Thrush harassed, said that, after Thrush learned about McGann's investigation, he immediately tried to intimidate her in an effort to stop the story. McGann says that Thrush's attorney, Tom Clare, suggested in a letter to her employer that the company take a look into McGann's "'relationships' in the newsroom at Politico, where McGann and Thrush had worked together." McGann said she took this statement as "a veiled reference to her sex life or her previous romantic relationships," and says that it was undoubtedly an attempt to derail her story on Thrush.

“I was shocked. Who puts that in black and white in 2017?” McGann says. “And certainly when we’re in the middle of a national conversation about sexual harassment and sexual misconduct and why women haven’t been able to come forward? The New York Times was leading the coverage on this question of retaliation specifically and what men who are accused of these things do to women to keep them quiet. So for me there was a sense of shock and irony.”

But the attempt to discredit McGann by insinuating things about her sexual history didn't end there. As McGann tells Jezebel, once the Times opened their own internal investigation of Thrush (who was reassigned from his job as politics reporter to a less prestigious beat, an outcome many people found insufficient), her personal life again became fodder for those involved with the case.

“I found out almost immediately that my sex life was becoming part of the story,” McGann says. “The day the [Vox] story published, friends and acquaintances were saying to me that rumors were spreading around different newsrooms in Washington.”

This, understandably, infuriated McGann: “As far as I was concerned, the New York Times can do whatever it wants. I didn’t ask them to investigate Glenn Thrush. I wrote a story. It was true. I put it out there. If they want to open up an HR investigation, that’s their business. But what they don’t get to do is use that investigation as a way to discredit me or my work as a journalist.”

Unfortunately, this scenario, in which the woman exposing the abuses of a man is the one who actually winds up being punished, is not unusual. Ever since the "Shitty Media Men" list became public, it's become clear that, while some men would face professional censure, far more of them would evade any real consequences for their actions; most all of them would either keep their jobs or find new, equally prominent positions elsewhere. But for the women who worked to unmask these men, the prospects are far less promising. Moira Donegan, who created the Shitty Media Men spreadsheet, is still without a job, months after publishing the list.

As Donegan explained in a piece about the list in The Cut, her intention when creating it was "to create an alternate avenue to report this kind of behavior and warn others without fear of retaliation. Too often, for someone looking to report an incident or to make habitual behavior stop, all the available options are bad ones."

But as we're seeing with stories like McGann's, retaliation against women who report these things is still a threat, and, in many ways, it's better for your career to be a man who is a chronic harasser than a woman who calls out that harassment.

NEXT UP
Culture
The Madonna Biopic Is Being Scrapped
Culture
Caroline Polachek In KNWLS & More Party Photos You Missed
Culture
Loewe’s Howl's Moving Castle Collection Is An Anime Dream
Culture
6 Shows To Binge Once You've Finished 'The White Lotus'
Style + Culture, delivered straight to your inbox.