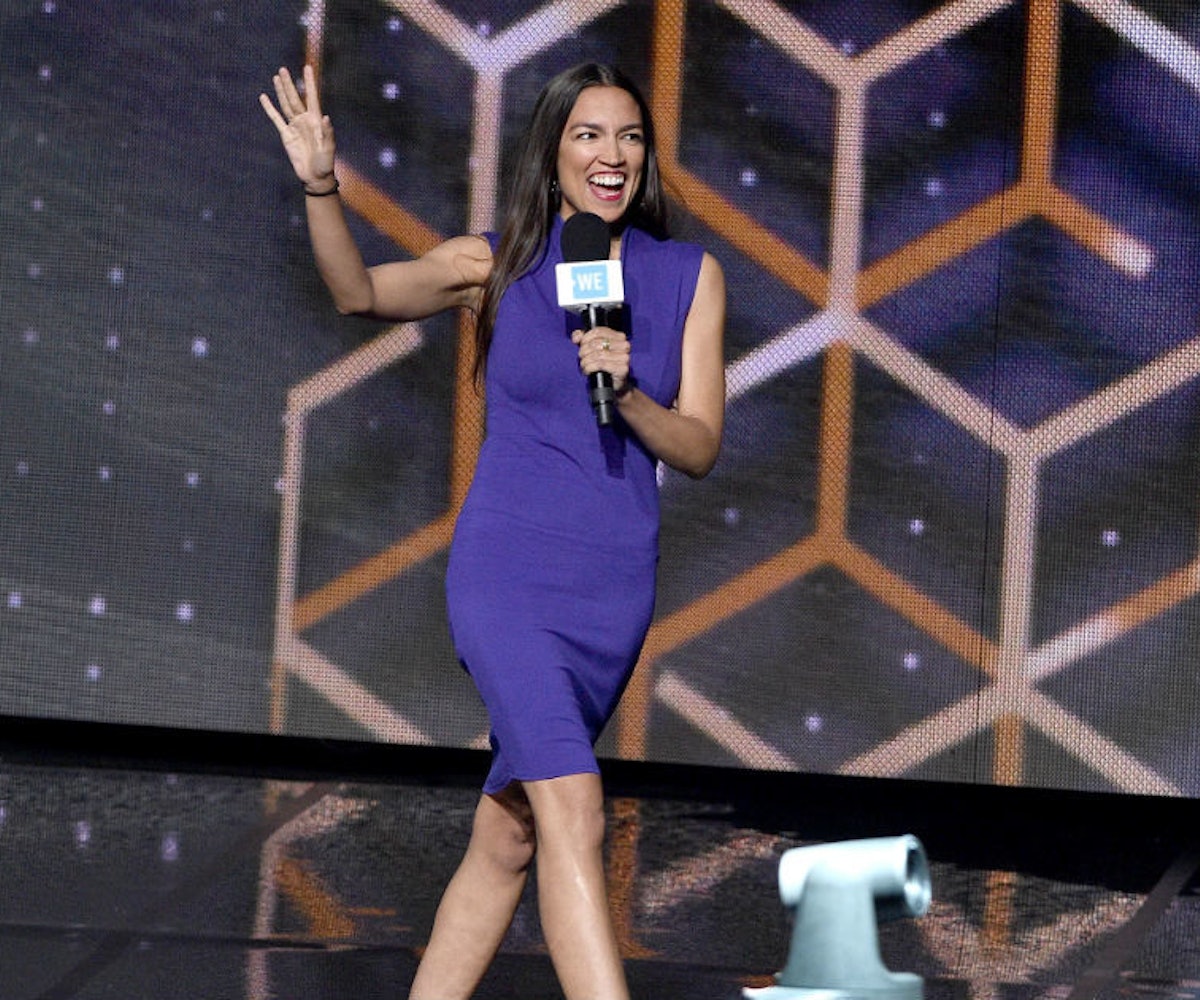 Photo by Bryan Bedder/Getty Images for WE Day.

Despite the alleged gerrymandering and broken/lack of polls across the country, a lot of good came out of yesterday's midterm elections. The Democrats won control of the House, Florida finally did a good thing and passed Amendment 4, which restores voting rights for people previously convicted of felonies who have served their sentences, and—perhaps most notably—a number of women of color made history by being elected.

Alexandria Ocasio-Cortez, 29, became the youngest woman ever elected to Congress. She ousted Senior Congressman Joe Crowley with a primary win back in June, a victory that shocked many. Ayanna Pressley became Massachusetts' first black congresswoman. She ran uncontested and unseated 20-year Democratic incumbent Mike Capuano back in September. During her acceptance speech, Pressley said: “When it comes to women of color candidates, folks don’t just talk about a glass ceiling, what they describe is a concrete one. But you know what breaks through concrete? Seismic shifts.”

Rashida Tlaib of Michigan and Ilhan Omar of Minnesota will both be the first Muslim women elected to Congress. Tlaib is the daughter of Palestinian immigrants, making her also the first Palestinian-American woman in Congress while Omar, who moved to the U.S. as a refugee, will be the first Somali-American to serve in Congress.

Some more notable first pairings: Veronica Escobar and Sylvia Garcia both became the first Latina women elected to Congress in Texas. “It’s about time,” Garcia told supporters. “But you know, it’s never been about being a first. It’s always been about being the best.” And, Deb Haaland of New Mexico and Sharice Davids of Kansas became the first Native American women elected to Congress. Davids, an ex-MMA fighter, is also the first openly LGBTQ person to represent Kansas and the second openly lesbian member of Congress.

Lastly, former national teacher of the year Jahana Hayes became the first black congresswoman from Connecticut. In her acceptance speech, she told supporters: “People have said to me, ‘She doesn’t have what it takes,’” said Hayes. “Not only am I built for this, I’m Brass City built for this.”

Here’s to continuing to diversify politics and making the future of our country as bright and colorful as possible.