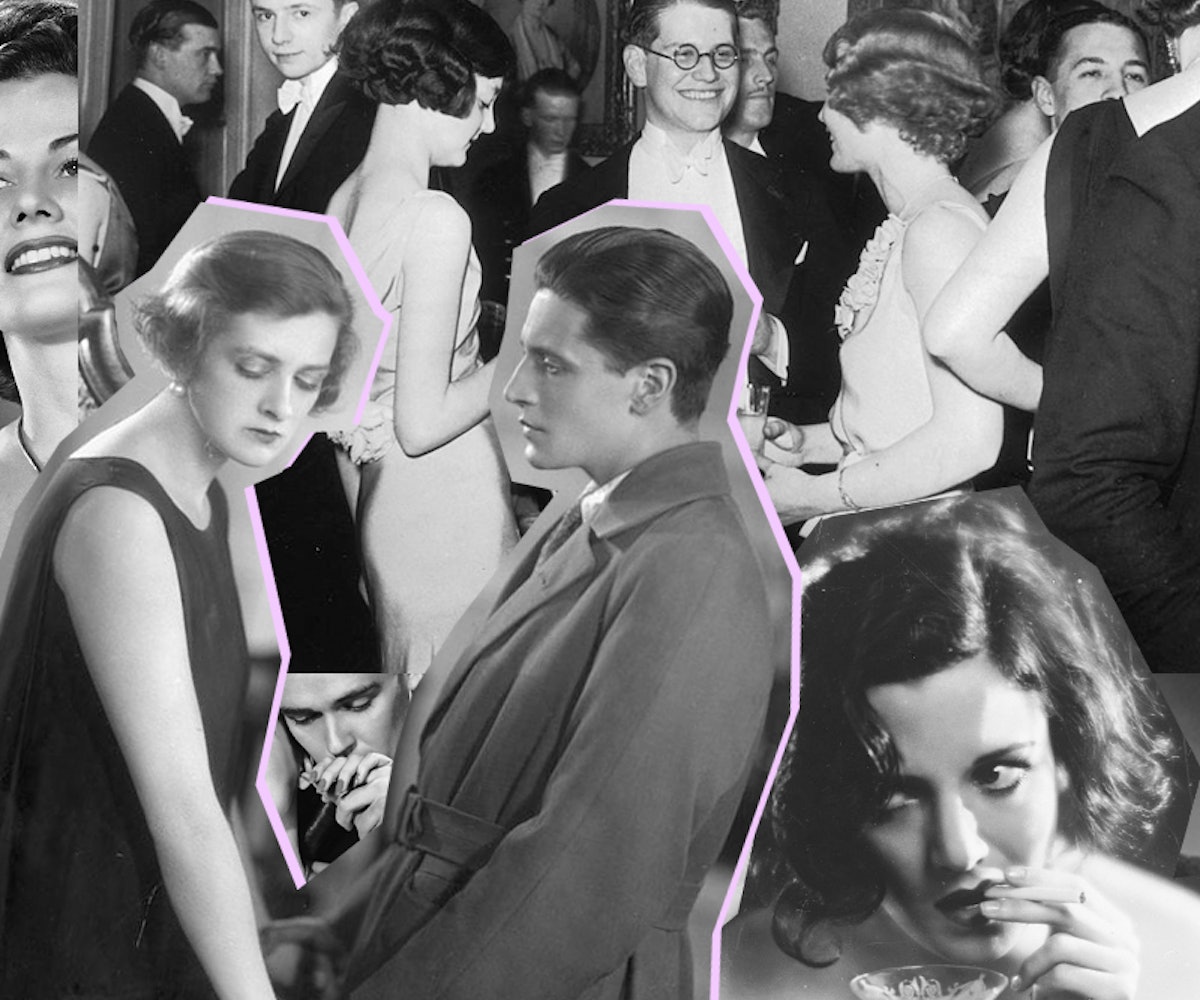 The dating mistake you’re making could have nothing to do with the person you’re getting it on with. Instead, according to the experts, one of the worst things you can do when dating someone is neglecting your friends for them. “Women feel like they have to jump in headfirst into a relationship, to the detriment of their friendships, which is such a mistake,” says clinical psychologist Dr. Barbara Greenberg. “Chances are they’ll be in many more relationships and need their friends, and they’ll probably do better in relationships if they maintain their friendships.”

Let’s pretend to be optimists and say that your current relationship is going to last until the day you die. If you want those days to be filled with laughter rather than wrinkle-enhancing frowns, you’re going to need time away from your partner to bitch about them to your friends. “Even in the best relationship, it is not always going to be awesome,” says Elyse Granger, 30, managing editor of a software company . “It’s important that you have people who can ground you and say, ‘Okay, it feels bad, but it’s really not that bad!’ It’s also important to not make your spouse your emotional everything,” she adds.

Putting all your emotional eggs in one basket can cause your relationship to break. “If you put all your needs on one person, it’s going to be an unhealthy relationship if it works, and chances are it will not work,” says Dr. Greenberg. You’re not only setting yourself up for disappointment, but you’re going to annoy your significant other, who has been tasked with the impossible duty of being your everything—too much of a task for any one person. “Nobody wants to be burdened with all the emotional needs of another person. If there is somebody who wants to be burdened with all of that, I would worry that they might be the possessive type and no good for you,” Dr. Greenberg adds.

Even in the best relationships with the non-jealous non-assholes, who may know you (literally) inside and out, did they know you when you were 16, had side bangs, and layered Ralph Lauren polo shirts? While new friends can be just as golden as old friends, you want to keep people around who have seen earlier incarnations of you, even if it’s just to keep your ego in check.

While it’s nice to have friends to remind you of the doofuses you dated in high school to see how far you’ve come, as far as egos go, if you’re sparkly with the shine of healthy friendships, you’re going to appear more confident, and therefore more attractive to your romantic partner. “People are more attracted to people who have other things going on in their life than [just] the relationship,” says Dr. Greenberg. Beyond vanity reasons, women say having healthy non-romantic relationships also makes them better partners in love. “With genuine friendships of depth, you are accustomed to giving and getting in a way that obviously benefits your relationship,” says Stephanie Mele, 28, a producer. “All relationships take work, so if you're constantly being vulnerable and 'showing up' for another person, it'll come more naturally with a partner, subsequently making you better at romantic relationships.”

Now let’s be realists and say there is a chance that your current relationship will end. If that goes up in smoke, friends are crucial in helping you get through the crippling pain of a breakup. “[If] you ditched them in the relationship, they likely will have built up resentment and distanced themselves from you. They’re not necessarily going to spring back to action when you need them, particularly if you have a pattern of ditching them,” says Dr. Greenberg. Beyond being extra miserable while single, the lack of close friends can cause you to jump into a new relationship sooner than you should simply because you need someone to hang out with. Ditch all your friends during one of your great loves, and when you’re undone by its potential demise, you could end up jumping into some weird rebound with a man whose greatest hero is Jeffrey Dahmer, when you should be getting stoned with your girlfriends instead.

And speaking of getting stoned with your girlfriends, that happens to be really, really, fun. The simple joy of spending time with friends is reason enough to maintain them. Orgasms and having someone to wake up to who doesn’t mind your morning breath is great, but when’s the last time your partner blew off work to help you bottle feed some stray kittens you rescued? (If your answer to that is last week, put a ring on that person.)

As for simply having no time for friends, Dr. Greenberg calls bullshit on that. “The excuse that I don’t have time for my friends is really kind of lame. In life, there’s time for everything; you must take care of your friendships. This will serve you well, not only in your own emotional and social life but also in your [romantic] relationship,” says Dr. Greenberg. We’re all busy, and forsaking a loud birthday party to stay in bed all weekend with your true love to binge-watch Game of Thrones is extremely appealing. Yet for your sanity and the sake of your romantic relationship (and for the sake of that person’s sanity), don’t ditch your friends just because you’ve shacked up.

NEXT UP
Life
Margot Robbie Could Replace Johnny Depp in Pirates of the Caribbean
Life
FOMO: The Best Party Photos Of The Week
Life
What’s Going On With Record Labels and “Viral” TikTok Moments?
Life
May’s 2022 New Moon In Gemini Brings Clarity To The Cosmic Chaos