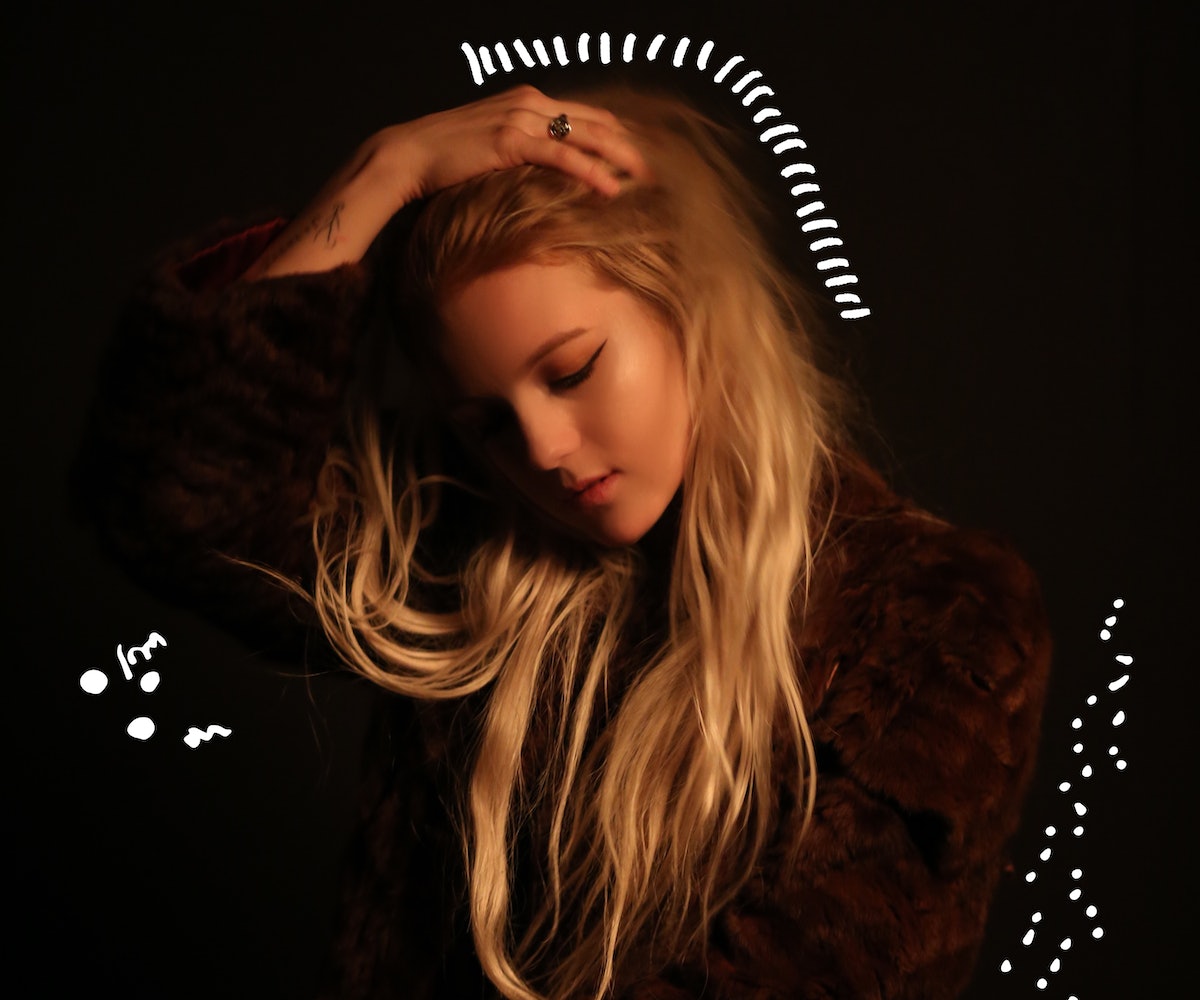 For the internet and her many fans, Wrenn is a mysterious, monster-making enigma, one dedicated to the art and image she so carefully curates. That isn’t to say her artistic persona is meant to keep fans at arm's length; instead, the 20-year-old connects with them with her music, that's both a rehabilitative and an often spiritual experience for both the creator and the appreciator.

Born in L.A. and known to friends and family simply as Zoë, Wrenn is the daughter of Paul Mirkovich, who was not only the duet singing partner for Cher—for 16 years—but was also the band director for Janet Jackson and current musical director for The Voice. It's easy enough to say that Wrenn has some mighty footsteps to fill; however, she is prepared to do so based on what she's observed over the years: a tendency toward perfectionism, a constant search for technical excellence in music (clean, crisp, and direct), and an intense drive for success. She says, “My dad’s career pushed me to keep getting better. You look around and listen—everything is incredible—and you're like, ‘Man, I want to do that.’”

Upon turning 18, Wrenn spent a year in New York, where she attended NYU’s Clive Davis School of Recording Music and slowly built her artistry. This was also when she came to terms with her intense mental state, as she battled anxiety and depression. “When you have crazy anxiety, it's always, ‘Man, this isn't good enough, it is never good enough. How do I make this better?’ My mind is always going,” Wrenn admits. “I felt it was a real battle between my incredibly strong emotions, that I got from transitioning to this insane city, and the downers that were like, ‘Keep it down!’”

But Wrenn feels that this type of constant, anxiety-ridden spiral actually affected her artistry in a somewhat positive manner. “Me overthinking a particular color scheme made me create an entire language for this record,” she said. “There would be a manic moment where I would spark up and be so creative for such a short period of time before I went back into this other state.”

Having returned to Los Angeles after school, Wrenn reflects on how the two cities affect her creative process:

Los Angeles me and New York me are two halves of a whole. My time in L.A. is a train that slowly gains momentum. In New York, I threw a whole bunch of coals in the furnace and said "GO!" Sometimes, I do miss the way I used to create in New York. It was a lot more poetic because it was a lot more sporadic. In L.A., I had a lot of time to come down and relax and take a moment. I'm very much a product of my environment.

Good Mo(u)rning, her latest work, is ultimately a result of that moving train, one fueled by unapologetic emotion. “I want my fans and listeners to know it's cool to be sad, it's cool to be angry,” Wrenn mused. “You should feel those emotions and take pride in them because they are so true to you as a person.”

Feelings of anger, sadness, frustration, and anxiety are all littered across the six-track record. Unlike the intense emotions of “Cease Fire,” a previous single, “All My Friends (Are Sh!t),” premiering here on NYLON, takes a different path, a fresh reminder of what it means to say goodbye to toxic friends.

Wrenn says, “It’s pretty self-explanatory. Basically, I had shitty friends. I got rid of them and cut that toxic energy out of my life. I was over putting up with people that bring negative energy into my life. I’d rather be friends with people that deserve it, or [with] the things I create in my head, aka 'the monsters.'”

Wrenn has talked about "the monsters" before; she says that they're basically “a couple cool friends up inside [her] head... They’re called the monster people, and they live in the field.” Never fear, though, Wrenn's not the only one who can see these monsters; she's made illustrations of her pals, a project she's worked on for four years now. The eight-piece "monster" collection began as an “intent to create a visual extension of the music, something to enhance the listener’s experience and show them greater insight into what I believe is the emotion, or intention, behind the work.” For Good Mo(u)rning, then, there's a monster for each song, which “we’ll all be seeing more of, very soon.” The one that stands out most is Abbott, a little flying dude with a wicked mane who can be seen on all of the merch, most of the visual content, and also happens to be tattooed on Wrenn’s wrist.

Until Good Mo(u)rning drops in early summer, SoundCloud is chock-full of Wrenn’s entire discography, from the sweet acoustics of years past, such as "a lullaby for the boy who knows who he is," to the the intensity of “Cease Fire,” which exhibits just how far Wrenn has transformed and reminds us of just how much is to come.

More info on the upcoming album, the monsters, and Wrenn's current tour with Gnash can be found on her (self-coded) website, WrennMusic.com