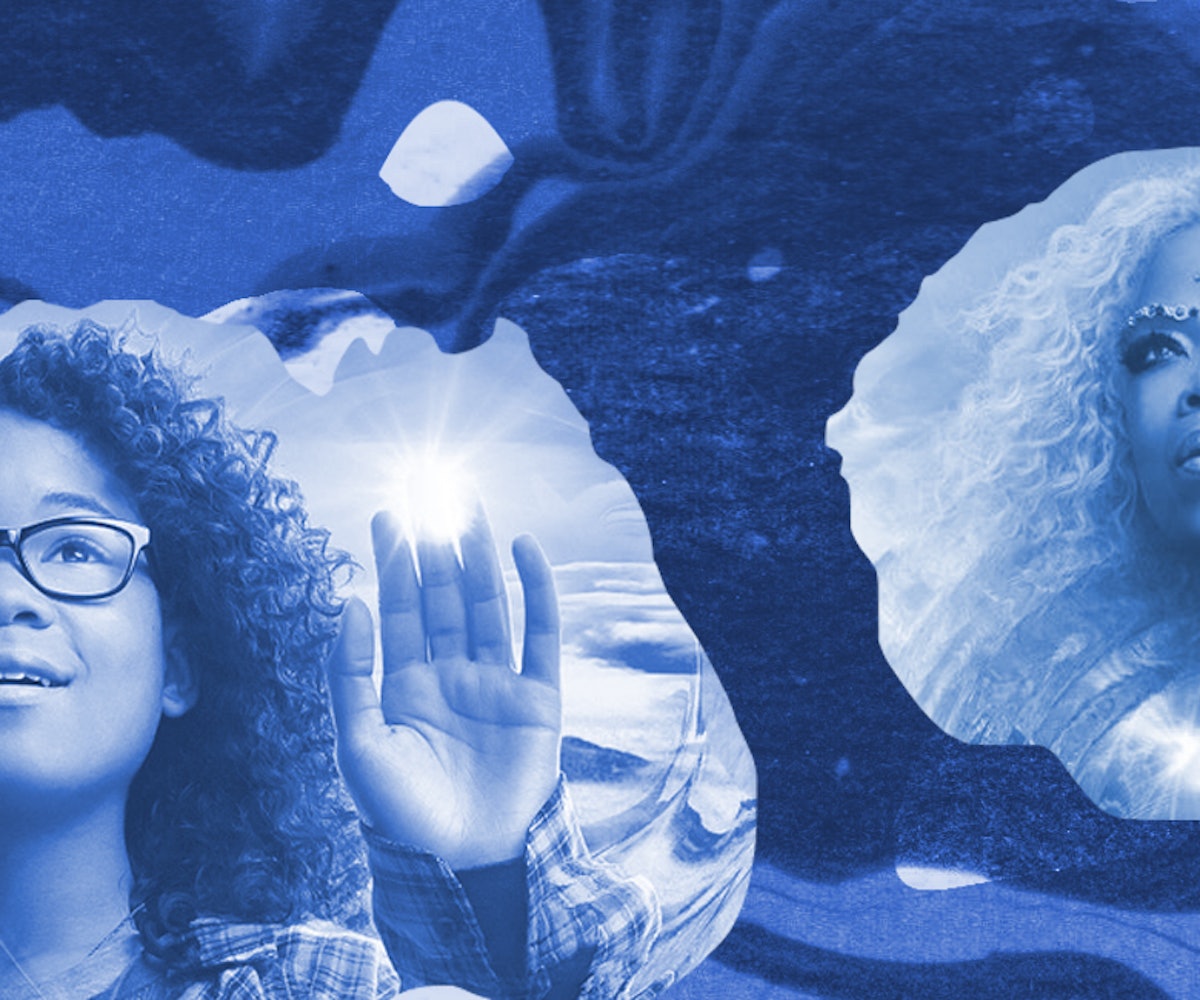 I walked into a screening of Disney’s A Wrinkle in Time adaptation with the intent of comparing Ava DuVernay’s adaptation to its 2003 Canadian made-for-TV counterpart—the only two attempts ever made at bringing the “unfilmable” 1962 novel to life. But with a budget of $103 million, 15 years-worth of improved CGI technology, and, well, Oprah, that premise started to feel a little unfair. Not to the TV movie—an effort widely panned, even by author Madeleine L’Engle—but to myself.

I’ve been critical of a lot of pop culture, particularly movies and mostly in terms of representation, or lack thereof. Trolls have chalked it up to me being jealous and bitter, which is true to an extent. But wouldn’t you be “bitter,” too, if you spent your entire childhood feeling like a complete anomaly inside-and-out, wishing to wake up and find out that you were the missing Olsen triplet? To have it be constantly reinforced by culture-at-large that you—an angry, awkward kid with wire-framed glasses, a styled-by-JC Penney wardrobe, and a bad attitude problem—didn’t have a story people would care about? Yeah, you would probably feel bitter. But that's because you never got to see DuVernay's version of A Wrinkle in Time's protagonist, Meg Murry.

Let me first say that I never read A Wrinkle in Time, and so was unprepared for the potential the story held in terms of inclusivity messaging. So when I walked out of that theater alongside my coworker, both of us teary-eyed and a tad shaky, the first thing I bleated aloud was, “Damn, I wish I had that movie when I was a kid.” For perhaps the first time in 25 years, I felt that a filmmaker had not only truly seen the importance of inclusive casting, but, more importantly, acknowledged it without resorting to mere tokenization, which in turn made me feel seen in a mainstream blockbuster.

It’s rare to find a movie where otherness is celebrated, but not used to define a character or their narrative arc. In DuVernay’s film, gender and race are not plot points; the only time the latter is even remotely referenced are the two times Meg’s cute, popular crush tells her he liked her natural hair. Yet, the movie also made me hyperconscious of how much these things do factor into those mainstream Hollywood films typically seen as victories for “representation” and “diversity.” Not to mention how reliant we have become on highlighting our otherness rather than just showcasing it as a piece of a larger puzzle that completes the picture of who we are. Truly, the fact that Meg is allowed to be a mouthy misfit thanks to her daddy issues rather than her otherness was a pleasant surprise—and, ultimately, a comfort, because of how much I could relate (a lot).

That said, Wrinkle occupies an idealized world. Because the fact is, we do live in a racialized, sexist world that isn’t very accommodating to the people who aren’t white, cis, or male, and this does inform the way we react and respond to things. Not only that, but my own experiences are nowhere near similar to a black girl's, especially in our society, where misogynoir and antiblackness run rampant. But DuVernay’s intentionality speaks volumes here, as I can’t even imagine how watching this movie felt for someone recognizing themselves in Storm Reid’s casting. All I can speak to is the beauty I found in allowing my 13-year-old self imagine what it would be like to not have my “identity” hanging over my head for a brief moment. Is this truly what it feels like to see yourself, stripped of all the context our culture tells us is indicative of “who we are”? To truly be free to run and stand on equal plane with other kids of all races and sexes? To recognize yourself not just on a surface level, but in a more holistic way—and on the big screen, 20 feet tall, no less?

Perhaps what gets me so excited is the prospect of audiences watching a film that finally centers a girl of color as the default conduit for delivering a universal, reaffirming message about our shared humanity. And maybe that’s the magic that happens when people of color's presence is no longer treated as a bid for diversity points within an industry that often grandstands its pitiful efforts toward inclusivity.

Admittedly, there’s a lot of projection at work here, and it’s stuff I’m still attempting to work out within myself, but I think that’s the beauty of A Wrinkle in Time. It gave me hope that one day there would be a moment where, in all my complicated humanity, I'd be able to see myself projected into worlds near and far, and it wouldn't matter what I represent, but just who I am.