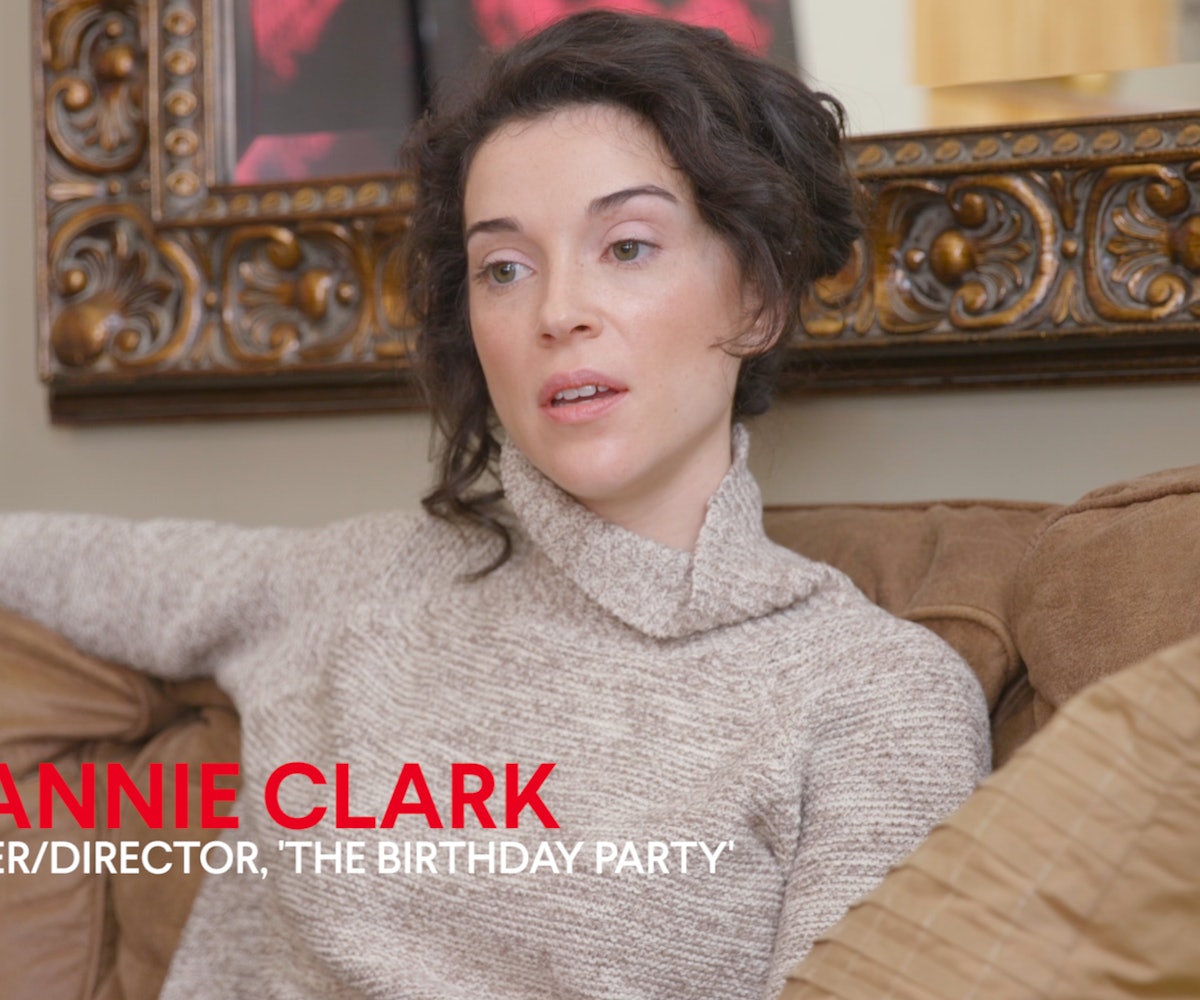 Seeing as how we're official members of a very disorganized but awesome horror movie viewing club (membership consists of occasionally going to see scary movies and then discussing over drinks; it's great, highly recommend you form one yourself), there isn't any movie we're more excited about seeing this year than the women-helmed horror anthology XX.

We caught up with the four directors of the film—Annie Clark, Roxanne Benjamin, Jovanka Vuckovic, and Sofia Carrillo—at Sundance Film Festival and had them explain to us why horror films are so elementally appealing. (Hint: It's because everyone's scared of the dark. It's normal!) As an added bonus, hear them talk about how "horror has enormous cultural value" and can help us through times of immense political turmoil. Times like, um, now? Check it all out in the video, above.