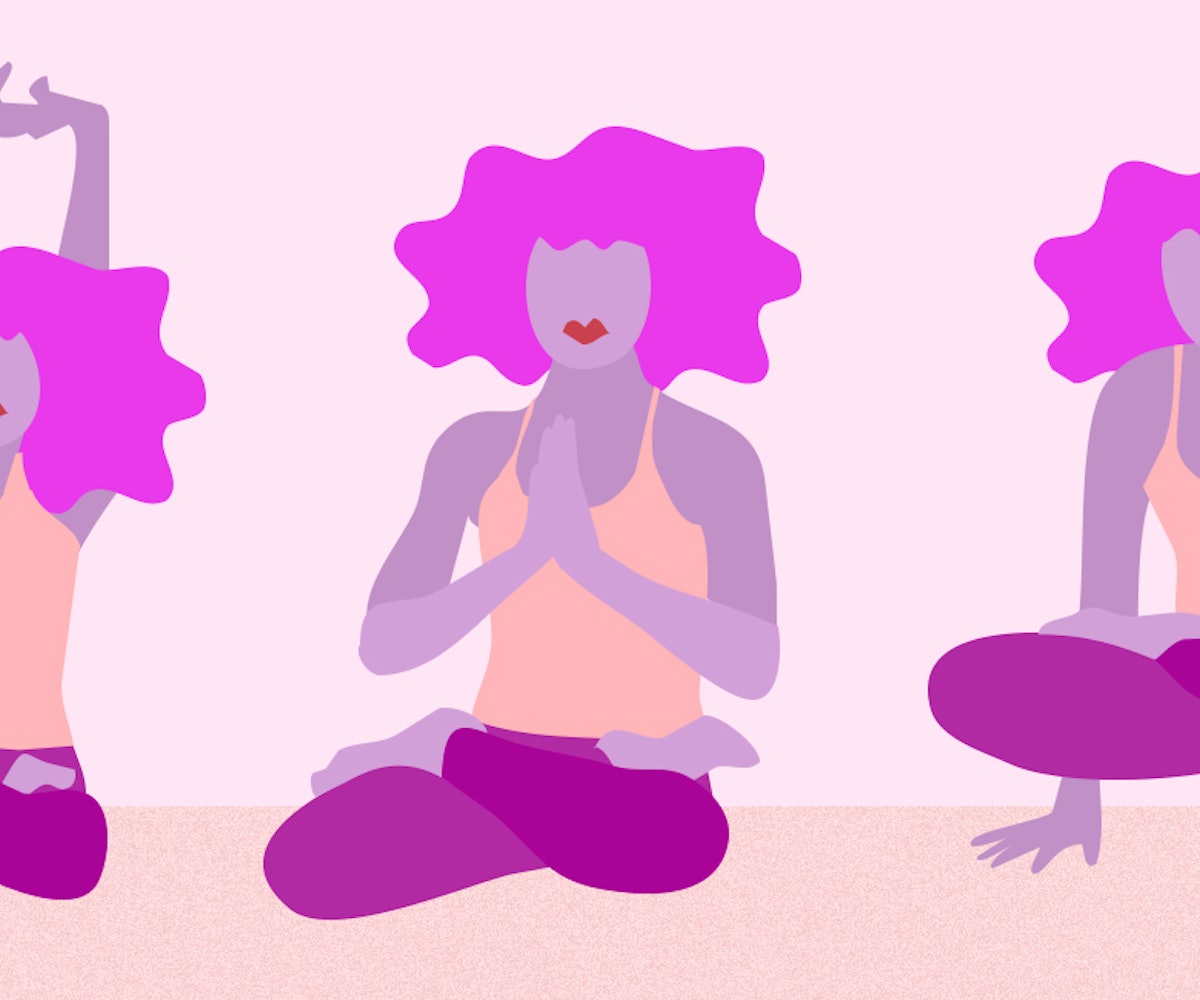 Going to a yoga class can be freaking hard. Yeah, sure, it’s all about being mindful and in tune with your body, but when you’re not one of the bendy or coordinated ones, it can feel awkward and uncomfortable in a hurry. It shouldn’t, but that’s the world we live in. If you’ve started and stopped a yoga practice time and time again because classes made you uncomfortable, it’s time to face your fears—and understand that no one is noticing you anyway. (Sorry.)

After working through a 200-hour yoga teacher training and taking dozens of classes for observation purposes, I can safely say most of what I knew and thought about yoga was wrong. Here’s your cheat sheet so you can avoid the mistakes I made.

Mistake: You need to shove your way into postures

Every yoga teacher will say this, but when you’re in a class and everyone else is forward-folding and getting their forehead to their knees, it can be tempting to just curl your upper back over and bend as much as you can, ignoring the point of the fold. (The point, by the way, is to fold while keeping your back straight—it’s more about the hips and hamstrings, and bending at the back pretty much negates the work you’re doing there.)

Mistake: Being flexible means you win

Really, it doesn’t. You’ve probably heard that yoga isn’t just for stretchy people—it’s a movement style designed to benefit any type of person. And that means that the least flexible people are often the ones to benefit the most! Also, more often than not, extreme flexibility is a product of hyper-mobility, which might seem cool as a party trick for how far you can bend your elbows but can lead to issues later in life with things like arthritis. So don’t stress when you can’t get your legs to bend the same way as everyone else.

Mistake: Fixating on the woman in front of you in tree pose

On the note of winning yoga, the one thing that even a non-bendy person can work on is balance, and usually, that involves standing on one leg and holding a pose. Sightline is everything in balance. Even the super-flexible people get wobbly here, but if you simply pick a stationary object to stare at while you’re holding the pose, you’ll have a much easier time staying upright. Don’t look at the person in front of you—he or she will be moving, even if only slightly. Rather, focus on a water bottle, a spot on the wall, the design of a yoga mat… anything that won’t move during the pose. Try to avoid using your peripheral vision to keep track of movement, and tune into the fixed object. It’s a game-changer.

Mistake: Pick a class based on its name

Read the description before you commit to a class. For some studios, a Vinyasa flow will be the same as a Hatha, and sometimes, Vinyasa can be a sweaty, hot sequence, while other times, it can be super-gentle. Ultimately, class titles are weird animals, so take the time to read the descriptions provided about each class instead. If you’re still not sure what you’d like to sign up for, try calling or emailing the studio. Someone there will always be happy to provide intel and point you in the right direction.

Trying to meditate is better than not trying—and with how many studies have come out touting the many benefits of meditation, it’s silly to skip it. Even if you’ve never succeeded in clearing your head during a guided meditation, it’s worth the quiet time on the mat and attempting to clear your mind. It definitely won’t clear every time, but even a quieted mind can feel a million times better when you leave class. So next time your teacher says that you’re doing a silent meditation (or even one with chanting involved), resist the urge to roll your eyes and groan, and the benefits will come.

Mistake: If I don’t feel good, it’s me, not my teacher

This is a bit of a good news-bad news mistake that people make. It’s easy to fall into a certain class with a certain teacher because the time works for your schedule, but not all teachers are created equal. Even a teacher who’s great for your friend may not be great for you. It might be that you need a teacher who’s more encouraging, or you might need one who actually comes around and physically adjusts people in postures. (There are also plenty of great yogis who go through teacher training and are fantastic at their own practice but not so great with the teaching part, to be totally honest. So feel free to switch classes.)

Mistake: Thinking, Everyone is looking at me

In yoga, as you’re attempting to smoothly balance/wobble significantly in tree pose, it can feel like everyone is watching you. (This is known in psych terms as the Spotlight Effect.) The good news is that it’s been proven that when you think everyone is noticing you, they probably aren’t. Even in a teacher training course where everyone has spent over 100 hours together in the last month, we aren’t paying attention to each other, we’re trying to get through our own postures.

Mistake: Sneak out ahead of savasana

The last posture of almost any yoga class is the one lying in "corpse pose" on the mat for a few minutes, letting your body relax and "absorb" the work you’ve done. If you’re there for a workout, this part can feel superfluous, and you might be tempted to quietly roll up your mat and peace out a little early, but try to make it through the whole session. On the physical side, the down-regulation of your nervous system from lying there can make you feel amazing afterward, if you let it. And last pro tip: If you’re not into the spiritual side of yoga, you don’t need to “namaste” at the end of a session or “ommm” along with the class. Teachers are fine if you elect to stay silent, as long as you’re respectful about it.