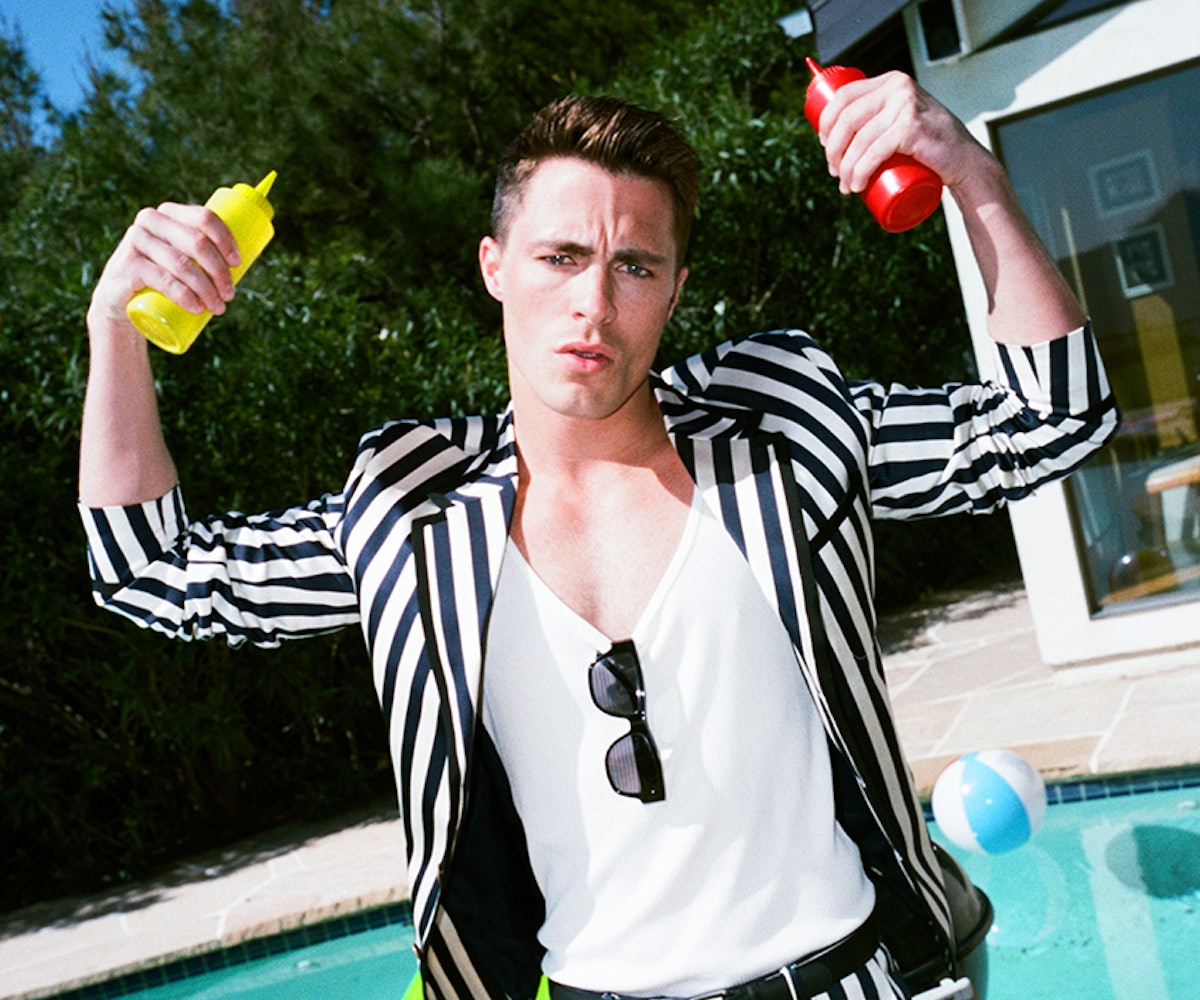 In addition to his chiseled features (he doesn’t just look like an Abercrombie model, he was one), Kansas-born Colton Haynes also says dreamy stuff like, “I love clouds.” After wooing fans as Jackson Whittemore on Teen Wolf and then as Roy Harper on Arrow, this month the 26-year-old Haynes makes his first movie appearance in the disaster flick San Andreas. He’s more than ready for it, and so are his legions of admirers.

People call me “dad” or “grandpa” because I’ve got some really good dad jokes. I would love to do comedy.

I’ve always had an eccentric personality.

It’s helped with acting, though I had to push a lot of that down when I first started. They want to make you cookie-cutter, but then you realize you can be whoever and whatever you want.

I have a wall of positivity where I write things.

In 2009, I added: “I want to do a movie with Dwayne Johnson.” I’ve watched Dwayne since I was a kid because of wrestling, and now my first film is with him. He’s the nicest person I’ve ever worked with. It was perfect. I want to go back. I hope the movie does well so we can do another one.

I’m the youngest of six.

All of my siblings are really smart—my oldest brother speaks 11 languages!

As long as it’s in the sun, that’s all I care about. I just like being outside. I wanted to be a meteorologist.