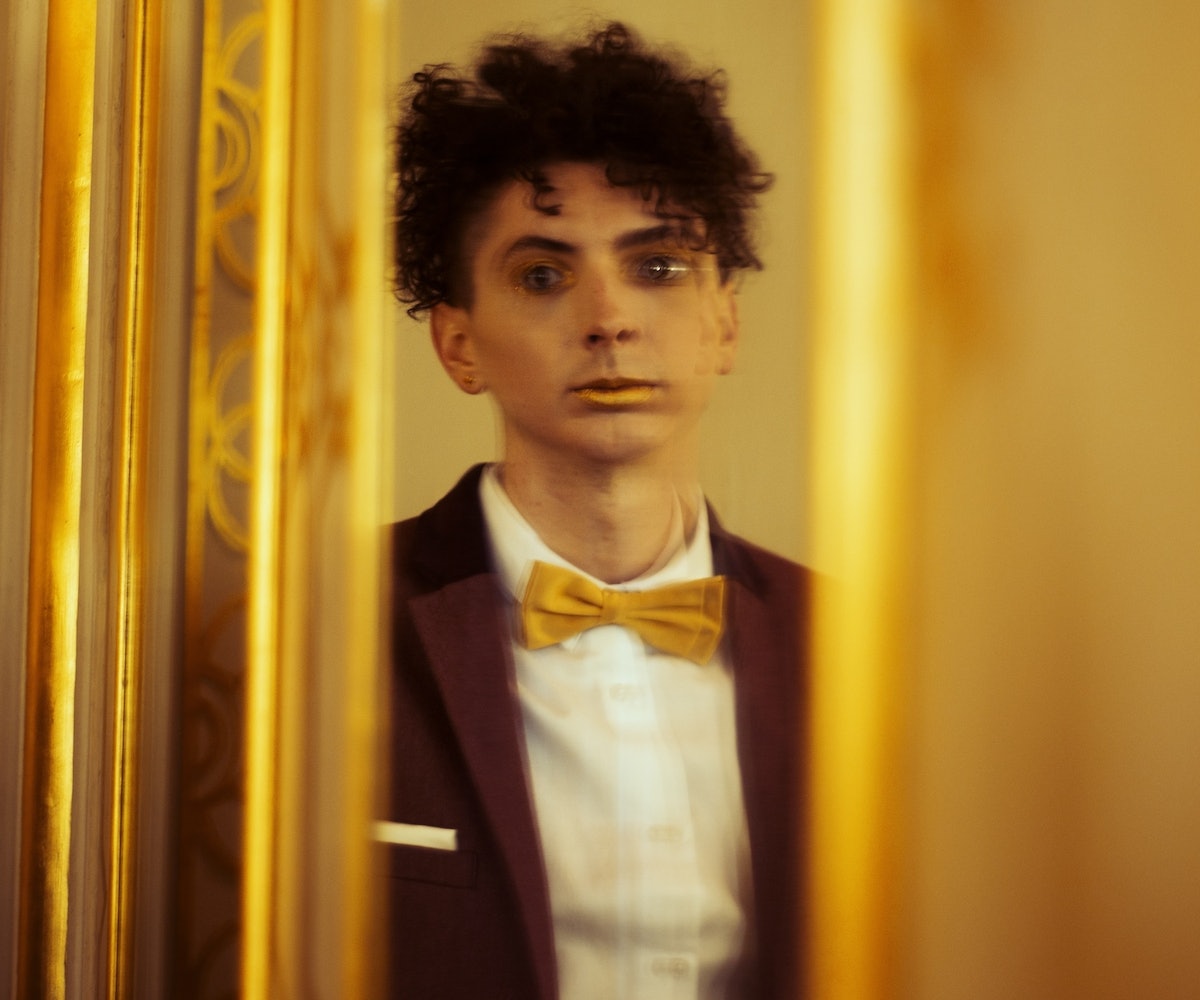 The hazy Sunday morning beauty of Youth Lagoon’s debut album intrigued and beguiled listeners when it dropped four years ago this month, but for those who haven’t kept up with Boise native Trevor Powers’ output since, his new record may come as quite a shock. On Savage Hills Ballroom, Powers upends the lo-fi stylings of his previous work with a barrage of horns, synth stutters, and violent drum machines, making music that at times is downright frightening. Still, that sensitive, tender voice remains, exuding honesty and vulnerability in equal measure. We caught up with Powers to discuss his new direction, along with his frustration at the music press, conservatives, and himself.

Over the course of the three albums you’ve released, your flair and confidence seem to have definitely increased. Do you feel like your relationship with the music has changed?

I think so. When I first started writing music, even as a kid, there was this hesitancy to really dive into what I was feeling or experiencing at a personal level and then relating it back to what I was experiencing based on my worldview. The older I’ve gotten, the more comfortable I feel just going for it and not really caring about what people are going to think. It’s all about being as transparent about myself as possible.

It’s interesting you say that, because on the new record you’re also writing songs about other people, like “Kerry.” How does that fit in?

Well, “Kerry” is based on the life of my uncle, actually. His whole life consisted of this conflict between who he was as a person, a very lovable and caring individual, and his battle with drug abuse since the time he was a teenager. He had run from the police for most of his life, he was wanted for a time, so he ended up moving from one side of the United States over to Las Vegas. During that time we were still extremely close and he would come visit me and my family in Boise when I was younger. He was always a big fan of the music I would write, so I’d sit down and write songs for him on piano then record them on this little cassette player. Every time he came to visit I’d give him a cassette. He ended up passing away from a drug overdose and died a pretty lonely death in Vegas. That was a very impactful time for me. I was a senior in high school. Now I’m at the point where I’m very open with things like that that I’ve dealt with.

The whole album definitely feels more exuberant and extroverted compared to the previous two. Was your songwriting process different?

The previous two were a little more unconscious. When I wrote a song, I’d go with whatever came to mind and that was how I felt it was meant to be. Going into this album, it was much more intentional. I wanted every sound, every lyric, every emphasis to have a specific meaning. It’s very, very focused. Every single element has a purpose.

Some of the instrumentals on the record are very harsh and experimental, and you seem to have embraced horns like never before. What drew you to those kinds of sounds?

I’d never really messed around much with horns and that whole realm. When I was writing, I’d write this stuff on keyboard and I’d have fake trumpets, and I’d have notes with descriptions of when things would come in. When I got to Bristol, where I recorded, there were a lot of resources I had because lots of musicians in the area play horns. It made it very doable to accomplish this world of sound that I’d write on either piano or guitar then just translate to other instruments.

Throughout your career you’ve been portrayed by music media as a recluse. Based on what you just said, that doesn’t sound accurate.

I think a lot of the way I’ve been portrayed for a long time is bullshit. When I write, I’ve been in the habit of escaping from things and going off and writing in this zone, but after I’m done writing I hang out with all people all day. The first record was very intentional in that when I was writing I made sure to be involved with people, doing shit. It’s frustrating to have this persona about yourself because my existence isn’t spent alone by any means.

With lyrics like “I can never feel the way I want to” and “I’m a rotten human,” frustration and self-critique seem to be major themes on the album.

I think that comes with growing older. Over the last couple of years I’ve become aware of my failures and the things in my life that I need to work. A lot of people find it easy to go through life and not think about the areas that need improving on. I’ve spent a lot of time working on that and even obsessing over it to a certain degree. I think it’s been good for me. It’s made me a more focused writer and an intentional, transparent human being, and that’s bled into a lot of songs on this album.

While the album focuses on interiority, you’ve also spoken out about social issues like racism and homophobia on Twitter.

I find myself so frustrated, especially living in Idaho because it’s so conservative here. It’s so infuriating when I see people who don’t accept other people for who they are, and I think that also has bled into my music the older that I get. A lot of people choose to be ignorant about all the hatred going on around us. It’s total bullshit. As human beings, our priority should be loving other people around us and making them feel special and cared for. It’s hard living in a very conservative state where I feel like a lot of people aren’t doing that.