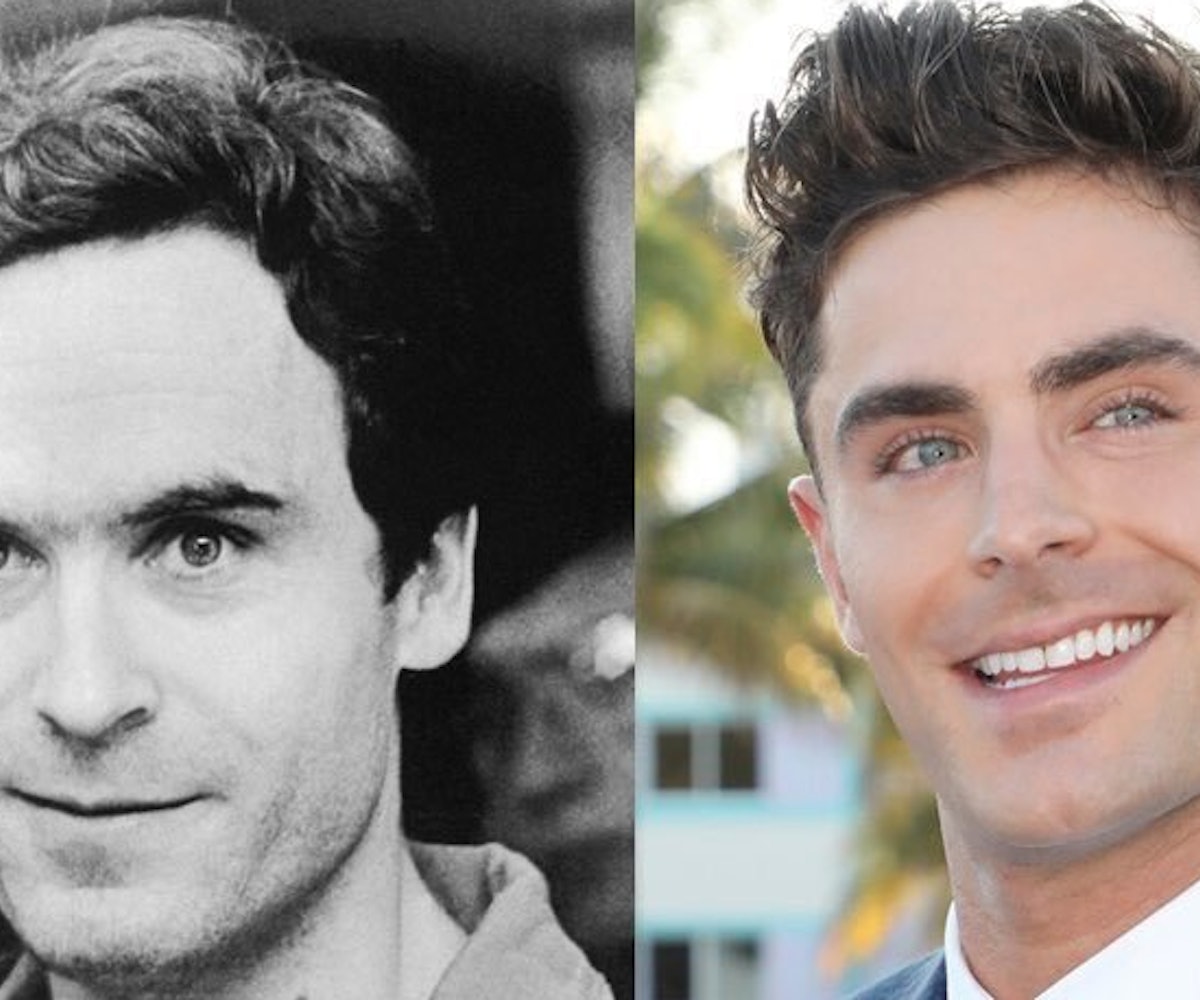 There's a new trend in film these days that involves casting former Disney stars as some of the world's most notorious serial killers. Weird, we know. We've already seen Ross Lynch's transformation from Austin & Ally's innocent tween pop sensation Austin to a young, sadistic Jeffrey Dahmer in My Friend Dahmer. And now, it seems that Zac Efron will be getting the treatment, too: The High School Musical star has been cast to play serial killer Ted Bundy in a new thriller.

Extremely Wicked, Shockingly Evil And Vile is a new film that, according to its IMDB page, will chronicle "the crimes of Ted Bundy, from the perspective of his longtime girlfriend, Elizabeth Kloepfer, who refused to believe the truth about him for years." Efron took to Instagram last night to share the first look of him posing for a mugshot in character, captioned, "Meet Ted":

And though the shot of the photo was taken at a distance, many Twitter users made a point to zoom into the photo to showcase Efron's striking resemblance to the killer.

Bundy was known for assaulting, raping, and murdering countless young women and girls in the U.S. during the '70s, and possibly earlier. Before he was executed, he confessed to 30 homicides that he committed in seven states between 1974 and 1978, though many say his true victim count will never be fully known. He was also known for being "handsome and charming" while courting his victims, making Efron's casting even more of a solid fit.

Lily Collins and John Malkovich have also been cast in the film, which is currently in pre-production. You can see a teaser photo of Collins in character, as Bundy's girlfriend, below.

NEXT UP
Entertainment
FLO Is Headlining Their First US Tour This Spring
Entertainment
Raye Explicitly Speaks Her Mind On Debut Album, ‘My 21st Century Blues’
Culture
An Ode To Stripperweb, The Beloved Sex Worker Forum
Entertainment
Ebony Riley's "Deuce Deuce" & 9 Other New Songs Out This Week
Style + Culture, delivered straight to your inbox.